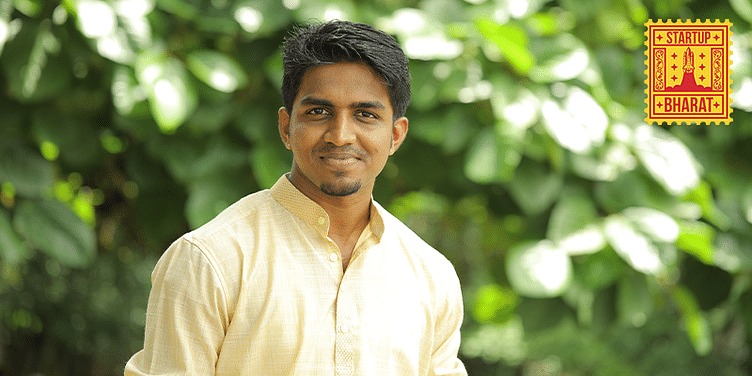 Farmers Fresh Zone (FarmersFZ) is helping farmers sell pesticide-free vegetables and fruits directly to customers without the intervention of middlemen.

Coming from an agricultural family, Pradeep PS saw the challenges and hardships faced by farmers in his hometown in Kerala. He saw that some of his family members were finding it difficult to sell their produce at a reasonable price. Pradeep also realised there was a need for a marketplace to sell agriculture produce.

“We did well as farmers as the production was high, but failed while selling it to the markets. Only if we earn some money, we could call it successful,” says Pradeep.

This prompted Pradeep to explore the ecommerce route to market the agricultural produce, and thus he founded Farmers Fresh Zone in 2015.

Kochi-based FarmersFZ is an online marketplace that is helping farmers sell pesticide-free vegetables and fruits directly to customers without the intervention of middlemen, and thereby ensuring a reasonable price for their produce. Today, the startup claims to have a network of around 1,200 farmers.

Currently, farmers from Thrissur, Idukki, Pathanamthitta, Palakkad, and Wayanad are part of the network.

After completing his BTech from the University of Calicut, Pradeep researched on the actual issue facing farmers in the agricultural sector. Some of the problems he identified was that small scale farmers did not get the intended price for their products in the market.

“Even if they have to get the right price, they will have to go behind the merchants. They don’t even get receipts for the items sold,” explains Pradeep.

He then went around and spoke to farmers to know more about their problem. Pradeep realised there was a lack of marketing in the space, and the possibilities of an ecommerce platform came to his mind.

Out of curiosity to learn more, he joined as a web developer at Fingent, a New York-based custom software development company in Kochi. During this time, he developed and launched the website for FarmersFZ and in eight months, he was able to convince around 52 people to buy from his startup.

With this confidence in mind, he went back to his hometown and spoke to eight farmers and assured them a good price for their produce. The farmers cultivated 21 crops, including ladies’ finger, yam, snake gourd, etc.

“Initially, we used to sell outside our workplace in Infopark, Kochi, after my work hours. Even then, we were confident about the platform. We took orders mostly online. This was in 2015. We were also able to get more reach with the support from companies such as UST Global and TCS. We could develop corporate model with them where in they allowed us to set up stalls within their office premises,” recollects Pradeep.

The team soon got incubated by Nasscom. In 2016, Pradeep left his job and decided to focus on FarmersFZ completely. In just three months, Pradeep says, they started generating profits.

From farm to table

Apart from ensuring a fair price for farmers’ produce, the startup has also developed a tech-based algorithm for yield prediction and profit calculation, depending on the data collected from them. According to the startup, this helps them know about each farmers’ experience in land and crops. Pradeep says, this will also help the team understand the farming techniques and help farmers by encouraging them to deploy organic practices.

The team has also taken into demand prediction to understand the consumer demand patterns, and based on this, the farmers are asked to cultivate crops accordingly. These demand predictions vary on the basis of the area or places they operate in. This will help the team assure the farmers that their produce gets sold. The team is able to reduce food mileage below 250 km, and farm to fork delay in less than 12 hours.

The farmers are currently getting paid weekly, on every Saturday, through their bank accounts.

“Our aim is to create profitable farmers. Currently, they earn about Rs 20,000 yearly. Our aim is to make it Rs 1.2 lakh. The base price is designed in such a way that a farmer with an acre of land should earn more than Rs 10,000 in profits,” explains Pradeep.

The team is also working towards achieving the goal of setting a base price for both farmers and customers for the products.

“After studying the vegetable market, we understood customers are compelled to buy vegetables and fruits sprayed with excessive pesticides and are also paying high price, and farmers are not compensated for their efforts. Therefore, we decided to connect these farmers with the customers, who are struggling to find fresh vegetables and fruits,” says Pradeep.

In 2018, the startup raised Rs 2.5 crore from Indian Angel Network, Malabar Angels, and Nativelead Foundation. The investment round was led by Nagaraja Prakasam and PK Gopalakrishnan, along with Malabar Angels and Native Lead. FarmersFZ is looking to raise series A investment, in which its existing investor IAN Fund will be participating.

The market and plans ahead

The agriculture market in India is huge. India is a $100 billion-plus market for fruits and vegetables, and commercial kitchens make up around 40 percent of total consumption.

Though there are other agri-tech startups in the space such as Agri10x, SourceTrace, Oxen Farm Solutions, Agribolo, GoldFarm, Trringo, and farMart, Pradeep says his startup, unlike others, focuses on the marketing and quality of the produce rather than the scale of production.

“The success of the perishable goods lies in making the finished goods reach the consumers from the farmers at the earliest. Our goal is to build and sustain the quality and give them a good price. Today, we are able to guarantee the farmers a fixed income or revenue and for consumers, a healthy produce. We also let customers to trace back to the farm and the farmer from whom they have sourced the produce (farm level trace-ability),” explains Pradeep.

Pradeep believes that if a person can sell the products at a reasonably good price, it will attract more people to get into agriculture.

“This helps them to produce what customers are looking for. Farmers are usually unaware of the market feedback. Feedback provided by us help them to produce the vegetable sought after in the market during a particular period,” says Pradeep.

Today, the founder claims to be seeing 100-120 percent revenue growth Y-o-Y. With a total of 15,000 registered users on its platform, Pradeep says, FarmersFZ serves around 10,000 orders a month and about 300 orders per day.

The company earns its revenue through the products sold on its platform. It takes regular orders as well as subscription-based orders. The subscription model includes a customised package of organic products for a family, which will be delivered on a weekly basis. The products are priced in the range of Rs 17 to over Rs 100, depending on the product.

The team is now planning to expand to other parts of Kerala in the next year, and also plans to start a SaaS model.