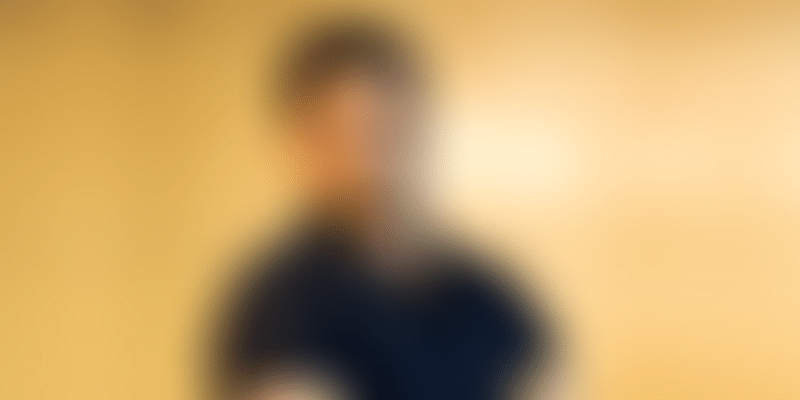 The deal was struck over a span of six weeks through WhatsApp messages and Zoom calls between Byju’s Founder and CEO, Byju Raveendran, and WhiteHar Jr. Founder and CEO, Karan Bajaj, who will continue to lead the company post the acquisition.

What is interesting is Byju’s six-year-old son Nish too played a part in the deal, which now gives the Bengaluru unicorn a foot inside the promising new segment of coding for school children, which is still a niche but fast-growing area.

During a chat with YourStory Founder and CEO Shradha Sharma, Byju revealed that he got his son on the WhiteHat Jr. platform around the time he started conversations with the Mumbai startup, in a bid to evaluate the platform.

“My son is on the platform. I introduced him to this platform only six weeks back, also as an evaluation thing. I was really impressed with not just how he got excited about this, (but also the fact that) the paid user NPS (Net Promoter Score) is very high, similar to what we have for Byju’s,” he said. NPS measures customer experience and predicts business growth. Simply put, it is a tool used to gauge customers’ overall satisfaction with a company's product or service and the customers’ loyalty to the brand.

WhiteHat Jr. is Byju’s fifth and largest acquisition till date. It all started with a simple WhatsApp message, Byju said.

In January 2019, Byju’s acquired US-based educational games maker Osmo for $120 million. The latest acquisition will help Byju’s strengthen its presence in the US market since WhiteHat Jr. has over 20,000 paid American subscribers, as on June 2020, which accounts for nearly 60 percent of its revenues, with the rest coming from India. “When we met them, they were around $75 million (annual revenue) run rate, now they are at $150 million run rate,” Byju said.

Coming back to the WhiteHat Jr. acquisition, Byju said the decision to go through with the deal was taken rather swiftly, thanks to online meetings, which are now part of a new world order amidst the coronavirus pandemic.

After experiencing the benefits and the general convenience of doing things online, people are expected to continue to prefer digital formats even in a post-pandemic world, Byju said.

“Those who are experiencing the benefits of doing things this (online) way, you can expect them to continue doing it this way on the other side of the crisis. I am sure you’ll do a lot more online meetings even on the other side of the crisis; just like those students who will continue learning online, it’s complementing what happens in school,” he said.

According to Byju, conviction is the key when it comes to closing acquisitions. “So we don’t waste a lot of time thinking about these acquisitions. Once we build conviction, we make our moves really fast."

“Now, having access to capital, in a way, helps, because you can decide these things fast and close them. A lot of times, the pace of execution is critical, and sometimes even winning the deals,” he said.

Byju’s, which provides online learning classes for kindergarten to Class 12 students, along with training for entrance tests to engineering colleges, medical colleges, and the civil services, is currently India’s second-most valuable startup after payments startup Paytm, which is valued at $16 billion. During its last fund raise in June, Byju’s was valued at $10.5 billion.

On the WhiteHat Jr. deal, Byju said, the Bengaluru startup was able to build conviction “really fast” around two things. “One, it’s adding a subject like coding, which is an important future skill, and the growing percentage of parents and students who realise it. The second one is that it’s also giving us an opportunity to accelerate our international expansion, to begin with, the US.”