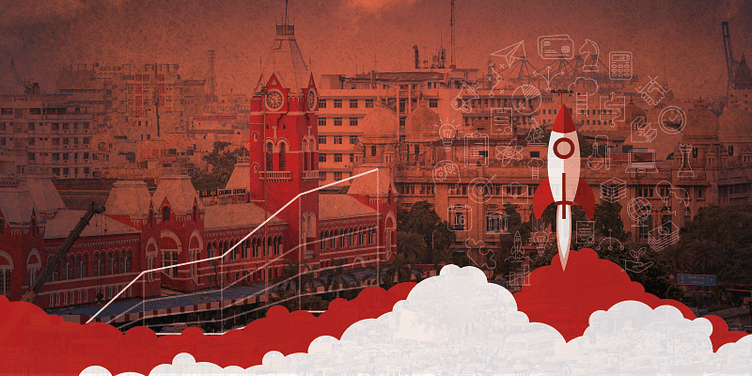 As Indian startups raise $4.16 billion in equity in the first six months of 2020, trends show that COVID-19 has pushed investors to look for promising startups in less explored territories.

Location has been a crucial aspect of the success of a business. For long, startups based in Mumbai, Bengaluru, and Delhi-NCR have retained the focus of investors due to better working environment, availability of top talent, and more.

However, this may soon change as other cities like Chennai appear to be rising on the startup funding ladder, based on the number of deals in the first six months of 2020. Similarly, even as Delhi-NCR, Bengaluru, and Mumbai retained their top spots in terms of number of deals and funding amount raised, cities like Ahmedabad, Hyderabad, and Kolkata also gained significant momentum.

Overall, Indian startups raised a total of $4.16 billion in equity funding in the first half (H1) of 2020, according to YourStory Research, the research arm of YourStory. While funding amounts fell amidst the COVID-19 pandemic that has pushed investors to string their purse, they continued to invest, viewing this as an opportunity to diversify their investments across more number of deals and identify new funding avenues and markets.

Chennai’s rise as a startup hub

Still, it's worth noting that funding amounts in Chennai startups have recorded a 206 percent jump in H1 2020 from its H1 2018 levels.

To be sure, startups in Chennai have built businesses that are early technology adopters, robust in operations, and financially prudent. The rise of homegrown companies like Freshworks and Zoho to the unicorn club has further proved the city's startup ecosystem to be strong and resilient.

Even in segments like dairy, FMCG, and organised retail, entrepreneurs of Chennai have proven that it is possible to build viable, tech-savvy, and smart businesses in ‘traditional’ sectors.

“New ventures like ours look up to these leaders for mentorship and draw a lot of learnings from them, and perhaps have a better shot at building sustainable businesses,” says Karthik Jayaraman, Co-founder and CEO of Chennai-based agritech startup ﻿Waycool﻿ Foods.

Chennai also has a great pool of talent compared to a few other cities, perhaps due to the highly diversified nature of its industrial and academic base. Plus, the presence of high-quality incubation centres such as IIT Madras Research Park, provide the necessary base for a good launch.

These factors have also served as growth catalysts for the city’s startup ecosystem.

“While Chennai has been correlated with SaaS, I believe that the city will throw up a set of strong, sustainable enterprises across a variety of spaces — not just technology, but others such as financial services, retail, logistics and supply chain, and more. While they are very likely to be stable businesses, how large they get is a function of how the equity funding ecosystem develops in the city - and there is some distance to go here,” adds Karthik.

Here are some other key city-wise tech startups funding trends observed in H1 2020.

‘Swallow your pride, be real, be patient’: Growth equity dealmaker’s advice to startups on funding

Increased internet penetration, the Smart City initiative, and growth of IT and ITES industries are a few factors that have fueled the growth of startups in small towns and cities in the last few years. The startup community is convinced that this growth may come to a halt as the ecosystem was hit by the pandemic.

Although the amount of funding has reduced, the number of deals in H1 2020 remained the same as H1 2019. Also, the number of cities to have raised funding increased by 16.6 percent, in comparison to H1 2019.

This indicates that investors are now gradually exploring opportunities outside Tier-I areas.

“We believe that investment criteria will still remain the same, but the focus will tilt towards the bottom-line. Post COVID-19, the demand will bounce back, including pent up demand. New models will come up to solve the challenges of the new normal, leading to more opportunities for investors to participate,” says Ashish Sharma, CFO at Aye Finance.