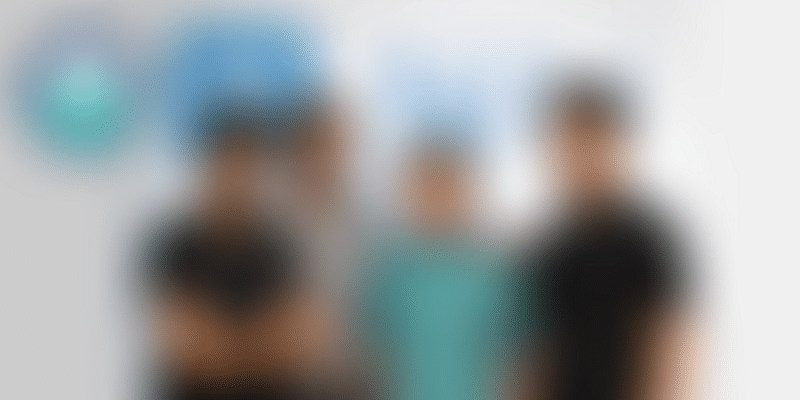 A product roadmap clarifies the why, what, and how behind what a tech startup is building. This week, we take a closer look at the Bengaluru-based conversational AI startup Niki.ai.

When IIT Kharagpur graduates – Sachin Jaiswal, Keshav Prawasi, Nitin Babel, and Shishir Modi, started Niki.ai as a conversational AI Platform, their mission was to ensure that nobody gets left behind.

“Conversations are the most natural way of getting things done, and Niki aims to empower the users to carry out transactions themselves via conversations. From the very beginning, the focus was on the Indian market and the aim was to build for all Indian languages eventually,” explains Sachin.

In any colloquial conversation, people are used to talking in multiple languages – whether Hindi, English, any other mother tongue, or a combination of languages. This realisation prompted Niki to make their conversational AI platform easy and colloquial.

“We did run into problems early on due to limited data availability, especially in Indic languages and good Machine Learning solutions portable to Indian languages. Therefore, we took an early call to build our own in-house technology stack, including our Natural Language Processing (NLP) engine and Dialog Management engine, to drive conversations with the users,” Sachin tells YourStory.

This helps the team to solve the problem of catering to multiple languages and facilitating transactions over conversations (voice-based as well as text-based). The platform is powered by a set of fine-grained, lightweight, flexible, and highly-available microservices deployed on the AWS cloud.

The system runs complex NLP and ML operations to better understand the user's intent across multiple languages, and uses PubNub to deliver Niki's responses to user's devices with extremely low latencies. This simplifies and speeds up the entire user experience.

“We have to be extremely nimble and agile to support the kind of growth that we have witnessed since our inception. One of the things that worked well for us is that we initially delayed heavy tech investment and focused POCs with minimal tech efforts,” explains Sachin.

He adds that they run it by users and further implement technological investments upon receiving feedback. This helps the team to experiment with multiple micro MVPs simultaneously and get real feedback from users in a quick timeframe.

“Container (Docker) and container orchestration (Kubernetes), serverless technologies were some of the interesting technologies that we discovered in the process,” he adds.

Building out from WhatsApp

The team built their first prototype in April 2015 over WhatsApp. They would process the WhatsApp messages using conversational engine and a listener. They built a bot that could understand the user’s messages and help with prepaid recharges by recommending best plans for the user’s needs.

With the initial proof of concept a success, the team decided to replicate the experience through a full-fledged Android app that would be released to the public.

Over the last year, Niki claims to have fulfilled nearly one million transactions. The startup also claims that the Gross Merchandise Value (GMV) of the platform will hit an annualised run rate of $100 million by March 2021. At present, Niki’s platform is operational in four Indian languages and will be adding seven more languages in the next 12 months.

During the COVID-19 outbreak, the team focused on ensuring that conversational AI and chats were simplified for essential household needs. Citing one of the essential services as ration shopping, Sachin says the team scaled their ration operations from three cities pre-COVID-19 to 160 cities during the lockdown.

“We are now delivering ration to small towns, providing them with a much safer, economical, and convenient option to avail essential services. We have seen good adoption of the voice feature and continue to work on improving its accuracy. Over 90 percent of our purchases happen in local languages over voice, and we continue to work on improving these. This becomes even more important because of the increased digital adoption, especially in Tier-III and IV towns because of COVID-19,” says Sachin.

The team started with 15 people and leveraged their IIT alumni network. It rolled out the first Android app in June 2015 after intense development efforts over two months. The resulting product was a text-based bot with limited rule-based intelligence and just one category of prepaid recharge.

This version of the app remained in beta testing for about six months. During this time, the team continued to gather conversational data to further train the NLP engine. They also received extensive feedback from beta users, which were incorporated into the app to make it more user friendly.

This phase was also used to extensively test the product for stability and bugs. In October 2015, Niki was released to the world at YourStory Tech 30 event.

This version of the app was LIVE for three years. The team continued to add more services like bill payments and ticket bookings, and began working to improve the accuracy of NLP.

“The major differentiator that the users felt was that they could talk to Niki just like how they talk to a shopkeeper to get tasks done – by speaking just one sentence to Niki. (example: ‘recharge my number with three months validity plan’),” explains Sachin.

Niki’s vision has been to cater to everyone in India, which meant developing for all the Indian languages. While the team had set themselves up for the task in the early days, they ran into problems of insufficient data and realised that there weren’t many good ML solutions for Indian languages.

“That's when we realised we needed to invest long-term in building technology that supports vernacular languages. We continued to work on our NLP engine and gather user conversations,” says Sachin.

In October 2018, the team launched Niki in Hindi. Sachin adds that the team took special care to ensure that the Hindi language used on the platform was colloquial and was based on how people interacted with each other, rather than being a mere translation of English words/sentences/phrases.

The idea with this upgrade was to tackle the problem of the language barrier for Bharat internet users. The team realised that providing a platform in a language familiar to them – where they could just have a chat/conversation and get things done – would be extremely helpful, easy to use, and empowering.

The team saw an immediate adoption of the platform among users in Tier-II cities.

“By January 2019, we were brainstorming on ideas to take the solution to Tier-III and beyond towns and cities. It was also during this time that we undertook a focus group study in Patna where we met about 200 people in 20 groups belonging to different socio-economic backgrounds. It was during this study that we also realised that just having a chat option wasn’t going to work for Tier-III cities and beyond, and we would need to ramp up our voice technology to cater to these users,” explains Sachin.

The team realised that the app needed to have a few essential aspects:

During one of Niki’s on-ground user studies in Udaipur, the team met Hari Lal, a 40-year-old local businessman who owned a saree shop. He had never performed a digital transaction on his own. He also admitted that he had tried paying his bills through one of the apps but had gotten stuck and confused, and hence uninstalled it.

“We gave him a prototype of our product that we were testing and gave him a simple task of paying a dummy electricity bill. It was a pure delight to watch him complete the transaction in one shot, without any external help,” explains Sachin.

Niki.ai has raised a total of $6.3 million in funding, with the likes of Ratan Tata as its investor. The startup also competes with Reliance Industries-acquired Hapik.AI.

As of today, the app is available in four languages: English, Hindi, Tamil, and Bengali. It provides step-by-step instructions to users for completing a transaction.

These efforts have started to pay rich dividends for Niki.ai. In the last eight-to-nine months, it has increased the share of the wallet spend of users from Rs 2,400 to Rs 14,600, and has noticed increased app retention among Bharat users.

The team now aims to add more languages and go deeper into Tier-II and III cities.