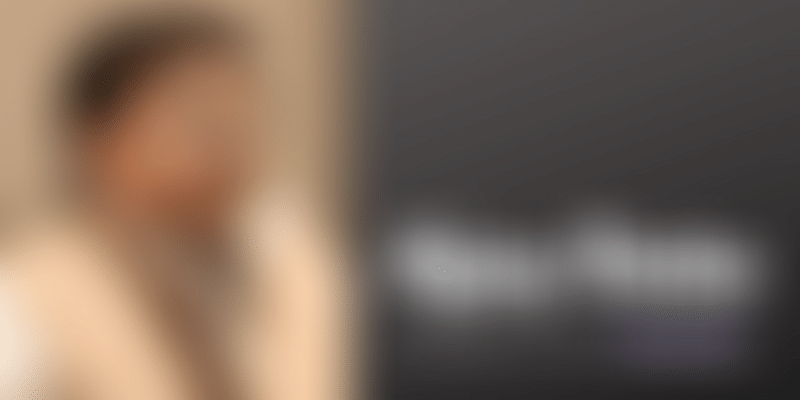 Bootstrapped startup VideoMeet is riding on the central government’s push for local tech innovation. It has created a free Made-in-India video conferencing platform.

VideoMeet’s generic name was a deliberate choice by its creators, Jaipur-based Data Ingenious Global (more on this later). The enterprise tech company began developing a video conferencing application within weeks of India going into a lockdown.

The demand for remote collaboration tools had already skyrocketed and the ‘quarantine economy’ was throwing up new stars like Zoom, Google Meet, WebEx, and others.

Prior to this, the much-rewarded entrepreneur had created DataMail, one of the world's first linguistic email address mobile apps.

Ajay tells YourStory, “We specialise in email, enterprise, and instant messengers for corporates, and understand the importance of flawless communication. When people are no longer at the liberty of interacting and meeting physically, VideoMeet comes as a very important tool.”

“We wanted to establish that video calls and video conferences are two different things. The first one is more casual and privacy can be an issue there. For video conferences, you need features like screen sharing, more people, and security. That is when your device tech infra can be a challenge. We wanted to create a solution for that.”

After two months of product development, VideoMeet was launched in May. It was buoyed by the central government’s ‘Innovation Challenge for Development of Video Conferencing Solution’ announced earlier. “We added more muscle and set up a 30-member team after the announcement,” Ajay reveals.

The team zeroed in on the “simplest” of names for the ease of discovery, and considers itself “lucky” to have earned the domain name that it wanted.

“The idea was that when people search for ‘video meeting’, we’d have the natural advantage of popping up. A generic product name gets eyeballs and is easy for first-time users to know what it solves."

In three months, VideoMeet has crossed 50,000 downloads on Google Play Store. It is also available on iOS and the web, with a majority of its users logging in via browsers. The platform clocks two lakh daily meeting minutes.

In an increasingly cluttered video conferencing software market, it is imperative that products have some differentiating features.

Unlike many of its peers, VideoMeet lets users create personalised meeting rooms with unique IDs. Once created, users can log in and out of these rooms repeatedly as opposed to creating new meeting IDs for each event.

“We wanted to simplify the alphanumeric meeting IDs that you see in most video meeting apps. So, if YourStory wants to create a meeting room, they can get a ‘YourStory Meeting Room’ and schedule meetings under that. Each meeting room is password protected and hides all email addresses.”

Webinar and conference hosts can simply share the meeting name with participants or attendees instead of sending a new meeting link each time.

The platform also provides ‘waiting rooms’ with audio messages and music in the background. Going ahead, it plans to show ads or promotional videos to keep meeting participants engaged. It will also offer the startup the opportunity to add a revenue stream. “Our goal is to bring every physical event experience to the virtual space,” says the founder.

In line with the needs of the local market, VideoMeet regulates the user’s data consumption with in-built data compression technology. This implies that users even on low-end devices can experience a smooth video meeting.

Besides the differentiations, VideoMeet bundles usual remote collaboration features like HD-quality audio and video calling, live meeting recording, screen-sharing, co-creation of documents among participants, and even live-streaming of webinars and virtual events on Facebook and YouTube.

“We have no limits on meeting participants. So, you can hold a political rally, create a film promotion event, host corporate webinars, take an educational class, or even do small business meetings on VideoMeet. With the streaming feature, companies can do global product launches.”

VideoMeet stresses on security and hosts user data in local servers within the country. With surging usage, the startup is looking to expand its tech infrastructure too.

The bootstrapped startup is seeing “lakhs of installations” and meeting minutes being consumed from across audience sets.

From CEOs and business owners to schools and hospitals to private instructors and spiritual leaders to friends and family groups — VideoMeet has seen all kinds of log-ins. Maximum traction has come from the education, healthcare, and corporate sectors.

The platform is still available for free. But, VideoMeet plans to start charging users under two subscription models: Rs 1,000 per month for conferences, and Rs 2,999 for webinars. These have no limits on users or meeting minutes.

“Our target is to go from two lakh daily meeting minutes to two to three million minutes on the network in the next 12 months. We’re also looking to add more languages [besides Hindi] on the platform.”

Language differentiation, in fact, would place VideoMeet above many global apps. Given the extension of remote working and the ‘new normal’, video conferencing is expected to become a $6.37 billion market by 2026.

Coronavirus: Remote working ain't a cakewalk, but here are some dos and don'ts

VideoMeet is also open to white-labelling its solution for B2B customers. It essentially means that companies can create their customised video conferencing solutions on top of VideoMeet’s tech infrastructure.

“We’ll power their products, and help distribute their conferences across geographical locations through multiple local servers. Our goal is to store user data in servers nearest to them,” the founder explains.

In terms of product innovations, VideoMeet is working on an augmented reality feature (to bring a virtual meeting as close to reality as possible) as well as AI-led language transcripts of meetings (for ease-of-use).

VideoMeet’s expansion has been driven by the founder’s own finances. But it will raise capital soon and has been “approached” by investors already.

Ajay sums up his vision by saying, “The recent Chinese app ban has opened up multiple opportunities for Indian tech companies. The response to VideoMeet has been overwhelming. We want to create a profitable flagship Indian video conferencing product that can benefit the entire nation.”