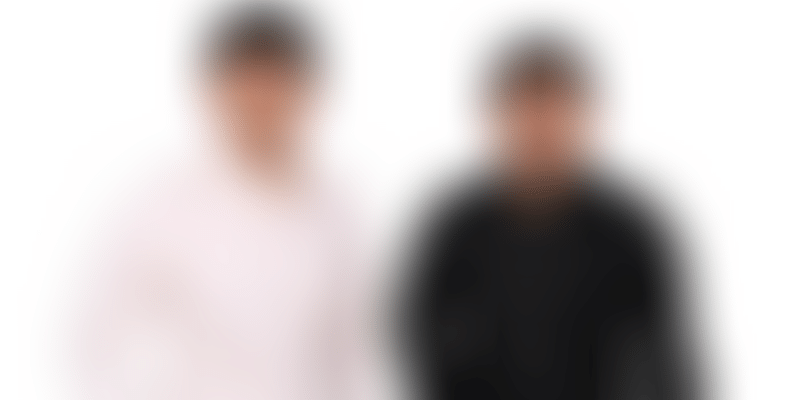 Founded by two BITS Pilani students, robotics startup Nexstem uses EEG signals to predict users’ thoughts and bridge the gap between man and machine. It can be used to create mind-controlled wheelchairs, prostheses, and communication systems.

Siddhant Dangi and Deepansh Goyal, final year engineering students at Birla Institute of Technology and Science (BITS) Pilani, have turned entrepreneurs by launching a technology startup that can help understand the thoughts of a human mind.

The two students, friends since Class 12, were fascinated by robots and robotics, and founded Nexstem to focus on mind-controlled robotic devices.

Siddhant had watched a TED talk video by Greg Gage, who demonstrated the ability to control a cockroach by sending electrical impulses to its antennas. This enthused him and Deepansh to work tirelessly on a project that could lead to better interface between human beings and machines.

“It triggered a thought in our minds as to why can’t we leverage these bio-signals in the human brain, decipher them, and find out what they actually mean,” Siddhant says.

Nokia to set up robotics lab at Indian Institute of Science

The budding entrepreneurs strongly believe that unlike the human body, the human brain has no limits. With advancements in technologies such as artificial intelligence (AI) and machine learning (ML), there is better understanding on the pattern of human thoughts and how devices around us can be controlled by the mind.

Siddhant and Deepansh went about their mission to build a technology platform where the signals from the human brain could be collected, processed, and analysed to determine the pattern of thoughts.

“We did an online course on neuroscience to understand how the brain functions and how to collect the signals, on the lines of smart watches,” Deepansh says.

At the core of this is electroencephalography (EEG), which is used to capture or monitor the brain’s electrical signals. EEG technologies have been available but it is only now that there is greater accuracy, thanks to AI and ML.

It has created a headgear that captures electrical impulses of the brain and transmits them to its software platform, which analyses the data. Siddhant mentions that the cheapest EEG device that captures these signals costs around Rs 80,000.

The duo took part in various competitions and won several cash grants, including Rs 10 lakh from a leading MNC. They invested all the money into product development.

The founders of Nexstem have developed a sophisticated signal processing technology and machine learning algorithms that can capture and understand the electrical impulses in the mind to give better insights into what a person is thinking.

According to Siddhant, their signal processing and prediction technology works flawlessly, blocking all the external noise to give clean data.

“This is a deep neural network to get output on what a person is thinking,” says Deepansh.

The technology developed by the two young students can find applications in various sectors like healthcare, smart homes, and robotics. It can help develop a more effective bionic arm, allowing human thoughts to ensure better co-ordination with the body.

The technology can be used to create mind-enabled wheelchairs, prostheses, and even communication systems for people suffering from paralysis. It can also be integrated with Smart Home devices to ensure higher levels of security.

Deepansh is very clear that they will not focus on a single product or device; the founders want to create a platform that can find multiple applications. The startup aims to help companies integrate their software platform with their devices.

There is still work to be done as Nexstem's software development kit is yet to be opened to the public. The founders plan to launch it in the next four to six months.

“We are in the process of creating a modular and secure platform that will be available through the cloud for people to use,” Siddhant says.

There will be protocols on how to use their software technology platform in terms of code, controls, and functions available.

The strides made by Nexstem have already evinced interest from the investor community and technology companies. It has received funding from HostelFund, a platform that helps student entrepreneurs, and also from BITS Spark Angels, a group of angel investors who are BITS Pilani alumni.

The founders say they will reach out to individuals who can make immense value addition to the startup, in terms of technology and market access.

Eyeing the US and India markets

Siddhant and Deepansh received ample support from their institute too. Despite being sceptical about their venture initially, BITS Pilani has been very supportive.

Both the founders have kept themselves mostly free from academics to focus on their startup. They overloaded their courses in their previous semesters.

Siddhant and Deepansh will be graduating in May next year but envision their journey with the startup for the next four years. They plan to create a base in Gurugram and will target the US and India markets with their technology platform and devices.

“This is something we are fascinated about and really believe in. We have put everything into it,” Siddhant says.