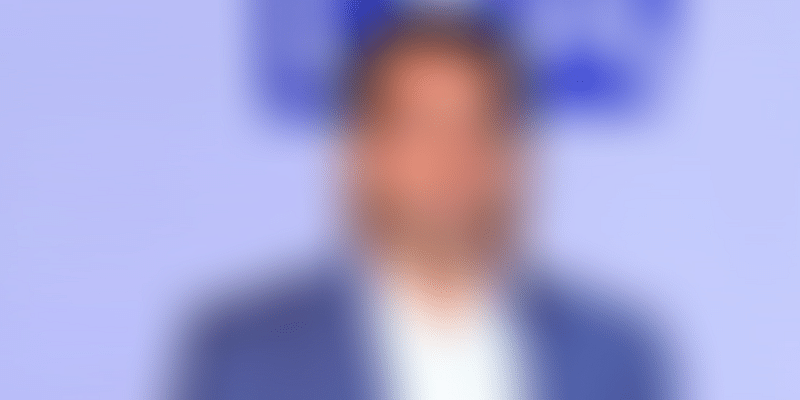 Championing the human brain’s many wonders is Mumbai-based startup NeuroLeap, founded by Kumaar Bagrodia in 2017. It uses technology to understand the brain and enhance its ability to perform at an optimal level.

Playing on neurofeedback therapy, it trains brain activity to tackle disorders like dyslexia, anxiety, depression, attention deficit hyperactivity disorder (ADHD) and insomnia. It has developed a technology that can read the neuronal activities, called brainwave level, tracking the activity within a fraction of a second, and addressing almost everything related to the human body’s functions. One can simply enhance the brain function and imbue it with better attention, focus, sleep, and an overall optimised performance in life.

Brainwaves are the tell-tales

The core of its functions is monitoring brainwaves to understand the level of a client’s brain function, emotion, and mental health.

At the startup’s centres in Mumbai and Delhi, one such test, called NeuroLeap Brain Function Assessment, is priced at Rs 25,000. An individual dons the brain-computer interface (BCI) hardware with sensor points that read the brainwave activity for around 30 minutes. The data collected is compared against a global database of reference values by neuroscientists.

This is followed by a detailed report and consultation session to understand what functions and emotions are deviating from the norm.

Based on these, a customised protocol is created for each of NeuroLeap’s clients, followed by sessions (usually 30 though this varies depending on factors like age and symptoms) of neurofeedback, which cost Rs 10,000 each.

“A non-invasive method, the technology does not pass any radiation, magnetic waves or electric current into the client, does not involve any medication and has no side effects,”  Kumaar, 42, notes.

It’s all in practice

The founder cites Malcolm Gladwell’s words in Outliers, which states that it takes 10,000 hours of practice for a man to achieve a high level of precision in anything, adding that this applies for brain activity as well.

But why tap into the subconscious state of a person’s being? “Talking only to the conscious frame of mind, we can, for example, expect one to calm down, and say that things are alright but it does not solve the problem of anxiety for instance,” Kumaar explains.

At the brain’s subconscious level, however, it is possible to train how to think, behave, and function better, and the neural pathway is rewired. Not all NeuroLeap’s clients are faced with mental disorders. Some simply want to understand their brain condition and optimise their brain to have sharper memory and better concentration.

Many others dealing with clinical disorders, and those who have been under medication for years have said that they have seen marked improvements.

“While some are at a certain level of brain energy and emotional state, 97 percent say that they certainly feel better after undergoing assessment and therapy at the startup, and slowly wean off the medication,” Kumaar says.

For the diverse technologies used, the founder has collaborated with players in the US who are backed by NASA, Defense Advanced Research Projects Agency (DARPA), National Institutes of Health (NIH), and the US Army. NeuroLeap’s relevant parts are also registered with the US Food and Drug Administration.

The beginning of NeuroLeap was Kumaar’s personal quest to achieve more, and have a sharper brain. Bothered by the diminishing capabilities of the brain as one ages, Kumaar observed that one of the best practices to keep the brain in optimal condition were yoga and meditation. But he realised it was not possible to ascertain whether they had the right impact and quantify this, as the amount of time required to practise was significant – it needs thousands of hours of practice for real material change. Furthermore, on deeper research, he found that a dysregulated brain finds it difficult to pay attention or stay calm or overcome addiction or depression with yoga and meditation alone.

That is when he turned to technology.

Almost two decades ago, while pursuing MBA at Oxford University he became curious about technology, innovation, and its management. In the past eight years, Kumaar has extensively studied the field, and explored how to leverage technologies available, both hardware and software, towards understanding the brain and its functions and how to improve it.  He also went around meeting experts, friends, scientists, academicians in neuroscience, experimental psychology and other related fields.

He trained in the US, and got certified on the science behind it and how to leverage the technology in the best way.

Kumaar also roped in three other members on the advisory board - Dr RA Mashelkar, Chairman of National Innovation Foundation, who has also received civilian honours such as Padma Shri, Padma Bhushan, and the Padma Vibhushan; Kiran Karnik, former president of Nasscom, former member of the Scientific Advisory Council to the Prime Minister of India, also the recipient of Padma Shri; and Dr S Parasuraman, former Senior Advisor to the United Nations Human Rights Commission.

“Believe and half the battle is won”

The biggest challenge in establishing NeuroLeap, Kumaar says, was to get people to detach from the stigma associated with mental health, and believe that it can be improved without medication. Making people believe in the power of neuroplasticity was half the battle won for the founder.

While treating clients in the initial stages, the startup dealt with various kinds of disorders. This, Kumaar says, was not about growth but to make people aware of the concept and it also enabled the creation of the India-specific context.

NeuroLeap’s foremost marketing technique was creating a buzz through word-of-mouth. While declining to reveal revenue and growth numbers at this stage, Kumaar notes that many early-stage investors have shown interest, but the startup had so far been working on setting up a base before raising funds.

According to Economist Intelligence Unit estimates in 2016, it is expected that mental illness could cause a loss of $11 trillion from the Chinese and Indian GDP taken together by 2030.

There are startups catering to mental health needs like InnerHour, YOURDost and Wysa which are mainly app-based and serve as virtual therapy through conversations, largely dependent on human interaction and how much the users are willing to share online.

NeuroLeap works in a completely different way, Kumaar says, with clients required to only undergo the BCI-based session; the technology does the work. It is not just about the conscious mind that is intangible and ever-changing, but rather about the subconscious brain, and helping it change from within by itself.

After over two years working with around 300 clients, the startup is now gearing up for growth and has raised angel funding from Rajashree Birla, chairperson, Aditya Birla Centre for Community Initiatives and Rural Development and Sminu Jindal, MD, Jindal Saw and founder chairperson, Svayam.