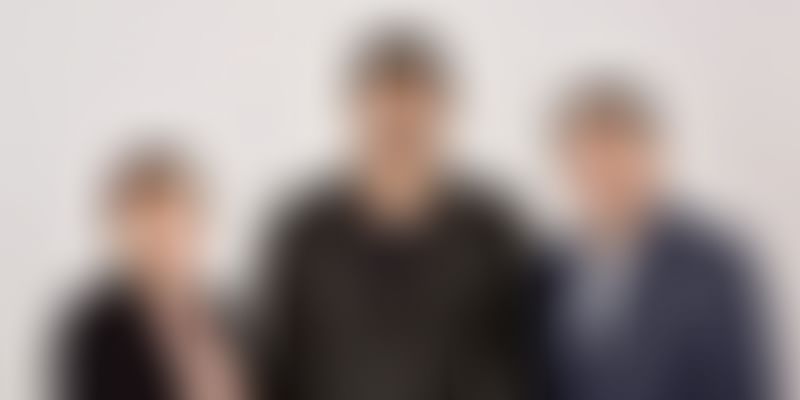 Looking to raise your first round of funding, but unsure of what works and what doesn’t? We cover Routematic in our series of stories on how startups were able to clinch the deal and what steps founders believe are necessary during fundraising.

It was 11 am on a pleasant day in August 2011. Sriram, Kannan a techie who had built Verayu, a tracking software that doesn't use GPS, had teamed up with Surjit Das, another techie, to explore the idea of a transport automation solution provider.

In four years, after many trials and errors, the startup transformed and established itself as Routematic, a full-fledged employee transportation startup, and added fleet aggregation to its portfolio.

But what helped the founders forge ahead was the Rs 40 lakh cheque that Naresh Malhotra, former Café Coffee Day CEO, had cut that August evening long ago.

Since then, the team has raised $4.5 million in total funding and the startup has operations in Pune, Bengaluru, NCR, Hyderabad, and Chennai.

“More than a pitch, it was a healthy conversation. I was introduced by a friend, and I was just trying to understand the world of business and bounce off ideas. We were pure techies and didn’t understand the process of fundraising,” Sriram explains.

Naresh was with Sequoia Capital India then; he invested in Routematic in an individual capacity. A few years later, the Routematic team went on to raise funding from Blume Ventures and VAAM Ventures.

Sriram explains the key learnings from the team’s fund-raising journey.

Remember that angel investors invest in the person

When Naresh invested in the team, he said: “I decide in the first two minutes and validate in the next eight minutes; I just need 10 minutes.” During the early stages of a startup’s journey there isn’t much in terms of numbers to go by, and most seasoned angel investors put in the money based on the entrepreneur.

“I didn’t even have a proper deck; I almost presented a white paper deck. Naresh told me, ‘you seem to be a smart chap, I am sure you will add value and do something’,” Sriram says.

This holds true even for the institutional round, with one huge difference: an institutional investor looks a little more deeply into the metrics and models.

“Angels are mostly okay with a notional reference to a model. But for an institutional round, the model needs to be crystal clear. You need to have a business plan,” Sriram explains.

John Doerr, an early investor in Google and Facebook in his book, Measure what Matters, wrote about how Larry Page and Sergey Brin caught his interest.

He says: “Barely a year after incorporating, Google had one focus: 'To organise the world’s information and make it universally accessible and useful.’ That might sound grandiose, but I had confidence in Larry Page and Sergey Brin. They were self-assured, even brash, but also curious and thoughtful. They listened - and they delivered.”

Work on building a story that connects

A story is what gets the investor excited. You need to build a fantastic story that hits the right emotions. Sriram says investors look at that first; the numbers just validate the story.

“No matter how great the numbers are; if the story doesn’t connect with any investor, they won’t talk about you to another,” he explains.

Sometimes, even if an investor is hooked by a story, they cannot invest immediately. They may follow up in a few months and keep asking for data from time to time. “It is the story that keeps the investor hooked,” Sriram says.

The investor needs to have faith that the business can scale from zero to one in practically no time. And that belief comes in when they have faith in the story.

Explain why you are the right person to execute the vision

While the story is strong, there could be better people to execute that vision. Why are you the best person? What makes you or your team stand out? Even if you excite an investor with your story, it doesn’t mean they associate the story and its journey with you.

“They get several hundred pitches; it’s important that the story and the person stick,” Sriram says.

That is why research matters. Sriram says it is important to research your VC well. They may bond with you and your idea personally and emotionally, but the portfolio may not match you.

"You need to find a person who is excited by the space you are looking into. The portfolio and thesis they may have may not allow them to invest in your startup. Over a period of time, you get the maturity to gauge which investor set you should pitch to so you don’t waste time - yours and theirs,” Sriram says.

Keep in mind that your excitement may not excite investors

It is not necessary that every investor will relate to you or your startup’s idea. VCs have a thesis and cut a few cheques in a year, and their decision criteria differs. Even if the market size is big and you have great revenues, your startup may not be the right fit.

“I believe that you should pitch to a VC and set it free; if it comes back, it is yours. There are several factors: are you addressing a large enough market? What may seem big to you may not be fundable and big, according to the VC. The VC is looking for one $1 billion bet among 10, so understand if your business is venture-fundable,” Sriram explains.

Find a VC who is in it for the long haul

It has been said several times: the relationship between an investor and founder is like that of a married couple in it for the long run.

“Once a VC commits to you, it is as serious as a marriage commitment. They need to be very committed, and they should want you. Choose correctly, especially in times like these, when there will be situations where companies have zero revenue. The investor’s faith and trust in you matters the most,” Sriram says.