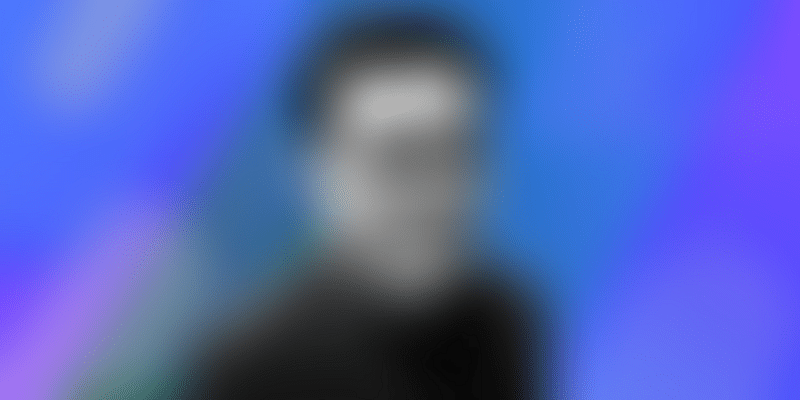 ﻿Zomato﻿ Founder and CEO Deepinder Goyal, ﻿MakeMyTrip﻿Founder and CEO Deep Kalra, former ﻿Flipkart﻿Chief People Officer Mekin Maheshwari (Founder, Udhyam Learning Foundation and Co-Founder, GAME), ﻿Yulu﻿Founder Amit Gupta, and Helion Venture Partners Co-founder Ashish Gupta are among 30 angel investors who have invested in Terra.do, an online school for climate change, started by former MakeMyTrip and Goibibo Chief Product Officer Anshuman Bapna. According to the school, it is a place where people can learn from the world's top experts and then work on high-impact projects from top climate organisations.

In a recent conversation with YourStory Founder and CEO Shradha Sharma, Anshuman revealed that he was keen not to have institutional investors come into the journey of the five-month-old company at this point, as it would have been too early in its lifecycle.

He explained, “This venture is quite unusual in many ways and the biggest way it’s unusual is that we are still seeking product-market fit. We have some grey insight on what might be important. And climate, no one even defines this as an industry right now. So the kind of capital I needed was very patient capital, which had a bit of a mission.

“They had to be very savvy investors, I didn’t just want people giving money to me because they had spare change. These are individuals who I would love to have (with) their operating background, their investing background -- to be used for something like this, and that’s why I was keen to not get any institutional capital at this stage because it would have been too early. So it’s literally 30 angels.”

Terra.do announced this week that it had raised $1.4 million in a seed round that saw participation from the above-mentioned entrepreneurs along with Singapore-based venture capital firm Beenext, technology-focused fund Rainmatter Capital, and Stanford Angels & Entrepreneurs (India). Anshuman said that he was keen to have these particular set of investors on board since they share a passion for the environment, and have the patience to let the company experiment in this space over the next 12-18 months.

Terra.do was launched in April this year, amidst the pandemic, by Anshuman, along with his IIT-Bombay batchmate Mayank Jain, and climate expert Kamal Kapadia. Interestingly, Anshuman and Kamal have never met in person. More on that later.

The online climate school’s first cohort of 20, recently graduated, and had some prominent people in it, Anshuman said. The cohort included a partner from American seed fund accelerator Techstars, a Co-founder of Austin-based software engineering coding bootcamp education firm Hack Reactor, former Google staffers, and an Indian investigative journalist who is a former CNN staffer.

Around 40 percent of the graduating cohort was from India, while another 40 percent from the US, with the rest from other parts of the world. “This diversity is intentional, and reflects the company’s belief that the solutions for climate change will come from everywhere and from every one of us,” the company said.

Coming back to how Anshuman is yet to meet his climate expert co-founder Kamal, it is one of the most serendipitous stories one will hear. In a pre-pandemic world, Anshuman was sitting at a cafe in Bengaluru and discussing climate change with someone, when a stranger who happened to catch the conversation approached him.

“A stranger walked up to me and said look you should speak to my sister-in-law. The sister-in-law lives in Hawaii and she’s a climate expert, and she’s taught climate change at Oxford (University) for many years, so that’s how we ‘met’,” said Anshuman.

The meetings have all been virtual so far, through video conferencing platform ﻿Zoom﻿. “Here we are building out a company and you know how startups are we are committing essentially to a decade-plus of being together and entirely on Zoom, and so far so good,” he said.

Kamal comes on board, with an enviable academic record of a Masters Degree in Environmental Change and Management from Oxford, where she also taught for four years, and another Masters Degree from UC Berkeley in Energy and Resources, followed by a PhD from the same prestigious university.

Anshuman and Mayank have known each other for over two decades and went to IIT-Bombay together. Both have been serial entrepreneurs.

Interestingly, all three co-founders are in three different parts of the globe currently. Anshuman is in Stanford, California, where his wife is pursuing a PhD and where he also got his (Stanford Graduate School of Business) MBA from, Mayank is in Surat, and Kamal in Hawaii.

The course Terra.do offers is a 12-week online boot camp with about 10 hours of time commitment every week. The course fee is $999, but the company also offers scholarships based on need and merit.

The course is completely online and the instructors are available via Zoom, Slack, and email, and each class has 20-25 Fellows “with extensive skills, background, and passion.” Each course also comes with over seven expert live talks, which can be viewed later as well. The company is keen to onboard Fellows who are diverse and mostly mid-career. It’s in the process of putting together its next cohort which will begin its course shortly.

Speaking on competition and comparables, Anshuman said that there is “hardly anything” being done by any scale internet player in this space right now. He was quick to add that might entirely be due to the fact that “it’s too small for anyone to bother.” However, Terra.do believes the opportunity is “massive” in this space.

“There are a couple of small things. For example, there is a programme taught at EdX by a professor at Harvard (University). It’s a great programme, except it’s very science focussed. And the UN (United Nations) has something which is out there, which is very policy focussed,” Anshuman said.

Betting on resurrecting the planet

A recent report called the State of the Climate in 2019, published by the American Meteorological Society showed that 2019 was among the hottest years on record, and that greenhouse gases in our planet’s atmosphere are at their highest levels. It also revealed that the last decade has been the hottest since records began in the mid-1800s.

These statistics show the extent of global warming, and how it's imperative for all stakeholders to take action before it's too late to save the earth.

“We think the amount of climate awareness that has come in the past couple of years, and if you multiply that with the number of climate catastrophes (which) are just going to multiply unfortunately, increase much more. Means that there is this massive wave that’s going to come,” Anshuman said.

He went on to elaborate on how big corporations are finally waking up to the reality of climate change and starting to take action. “You can look at that in the Fortune 500 companies. Every day it seems like a new company comes up. Apple just did that a few days back, Microsoft did that a year back, where they announced that they are going to be carbon neutral or carbon negative by 2030, and these are massive companies who can shake up supply chains."

“There is BlackRock for example, which is the world’s largest asset manager, and as you can imagine, the world’s largest asset manager will not be swayed by just fuzzy emotions of saving the environment, or saving the polar bear. They have said that ‘look, we manage $7 trillion of assets and we see climate as the biggest risk to our portfolio, so from here on, we are going to invest and divest based on whether our companies understand that risk,’ and whether they have factored that in or not,” he explained.

Anshuman believes there is a “massive wave” coming as far as climate change initiatives are concerned and there are going to be several things that’ll be required.

“Capital is definitely one of them but so is talent, and we are hoping that we can be that place which will take all that talent and bring it to climate,” he said.