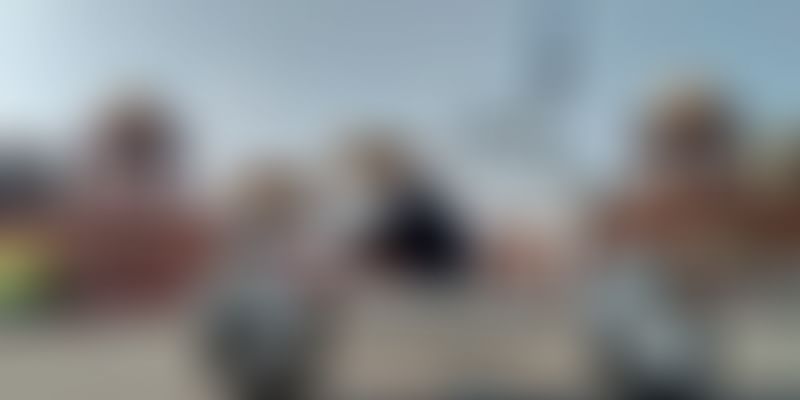 From being on the brink of closure to becoming battery management experts and manufacturing electric vehicles locally, Darwyn Motors IP is determined to take India to an all-electric future.

India is poised to move towards faster adoption of electric vehicles in the coming decade. NITI Aayog has already proposed that the government should work with the industry for complete EV adoption by 2030. Meanwhile, states such as Delhi have come up with their own EV policies that subsidise electric two- and four-wheelers.

With this as the backdrop, Rahul Gonsalves, CEO and Founder of Darwyn Motors, and Prem Bhojwani, its Co-founder and Head of Engineering, decided to manufacture the entire vehicle in India rather than just assemble parts imported from China. The only parts the startup imports are the cells, which make up the battery, and the magnets.

Before starting up, the founders had worked in the automotive industry for four years. Rahul had worked with Menza Motors, and Prem Bhojwani had worked in the Indian Railways as well as Menza Motors. Both studied in Gandhinagar, with Prem graduating from R K University in 2017, and Rahul graduated from Entrepreneurship Development Institute in 2015.

The duo met at Menza Motors, a motorcyle EV company, and decided that the only way to strike gold was by turning entrepreneurs. Also, they realised that their ‘Make in India’ effort would garner more support from their home state of Gujarat.

"The core team has been in the electric vehicles space for more than seven years now, backing several projects and helping other startups with technology,” Rahul tells YourStory.

“In 2015-16, we realised that the future for business logistics was going to be electric. Ola had just started the grand EV experiment in Nagpur and the market signals were clear that every business would want to deliver directly to the consumer. Last-mile logistics and vehicle-sharing companies would never turn a profit if they kept scaling based on existing technology (ICE). Thus,we embarked on the journey to build a B2B-focused electric vehicle company," he adds.

Darwyn Motors manufactures EVs for the industry. The startup helps large and small businesses by providing them with a fleet of electric vehicles to move their products and services. Through its low CAPEX model, the businesses don’t pay the full price of the vehicle and can lease it from the startup.

This benefits them as they can move their product fast, perform on-time deliveries with ease, convenience and cost-effectiveness, and become environmentally sustainable.

"Today, all electric vehicles are imported from China. They are built keeping Chinese sensibilities, markets, and geography in mind. India has struggled with its electric vehicle ecosystem as the focus has never been to make in India and localise the supply chain. The first electric vehicles entered in India back in 2009, and since then, every company entering the space has imported and rebranded the vehicles," Rahul explains.

Their business primarily operates by:

"Our focus is to build vehicles which are apt for logistics, and that has become our single-largest differentiator in the market to the Chinese alternatives," says Rahul.

Darwyn has simplified the process of onboarding businesses, as they only need to fill an online form and provide their basic delivery and business details. SMBs then put down a deposit and the startup ships the vehicles directly to the business on a monthly lease that costs between Rs 2,800 and Rs 3,250.

The company delivers the product to the corporates in a week. For any corporate, the lease amount varies based on the requirement of vehicles and total miles that they put in.

Within two years of starting up, Darwyn has achieved 93 percent localisation of the product. However, the journey has been a difficult one. Though their suppliers were ready to commit and invest in developing moulds and dyes, it took them a year to convince the first supplier to begin manufacturing parts for them.

"We held demonstrations with several businesses in Delhi, Mumbai, and Bengaluru, and spent about eight months reaching out to brands. Towards the end, we started scrapping at the bottom of the hierarchy in companies like Ola, Uber, Swiggy, and so on. Everywhere we went, we were told that we will not make it," he recalls.

Darwyn's first client was Zomato, with whom it's working to electrify the fleet. The ecommerce giant started with a small pilot in 2018 and built on that. Post this, the founders were able to connect with other corporates which began to work with their startup to make EVs.

The startup then focused its energies towards batteries, which they have been selling across the country. They made battery packs for companies that wanted it for their bikes and rickshaws.

They received investments worth Rs 35 lakh from angel investors, primarily because they were making a battery pack with indigenous hardware and software. The current revenues are Rs 3 crore ARR.

Why Shreyas Shibulal is betting big on electric vehicles in India

Startup life is not easy

"We had to shut our business for 84 days because of a financial crunch. Also, in 2019, we reached a breaking point as one of our core development team members left for better opportunities and we were not able to pay salaries. The rent was due for two months and we had placed orders for components and had not made payments. We were evicted and the battery packs were awaiting certification so we couldn’t generate any revenue,” says Rahul while listing out the challenges.

He says that the early part of 2019 was the toughest period for the startup and he also had to take up a few consulting gigs. Eventually, the founders got the remaining team back to work in a new space.

Ever since the COVID-19 lockdown started, more businesses have reached out to the startup than before. They plan to scale their operations to Delhi-NCR, Bengaluru, Pune, Indore, and Hyderabad, along with their current cities of operation – Ahmedabad and Gandhinagar. Their goal is to deploy 5,000 electric vehicles in corporate fleets and auto-rickshaws with swappable batteries.

They also launched Darwyn Scooter on August 15. They had made 50 units, which were sold out on the day of the launch itself through the ecommerce route. The vehicle costs Rs 35,000. It is a special COVID-19 edition equipped with a windshield for protection and an inbuilt sanitizer dispenser.

They currently have an order from the Energy Efficiency Services Limited (EESL) to manufacture 25,000 scooters. By March 2021, the company aims to become India's largest battery maker by output with their battery packs going to EVs, telecom towers, solar farms, and used for static storage of electricity.

In the next 18 months, Darwyn Motors will make its own cells and stop importing from other countries.

"We have not raised VC money yet, as looking at the industry, we believe it has done more harm than good for our counterparts in the electric vehicles space. However, with a vision to be a market leader in the next thirty months, we have worked hard to build our board to reflect our ambition. We have also struck the necessary partnerships with vendors and partners who have become thefoundation that will help us go to the next level," says Rahul.

The startup has big goalsas it is building a SaaS, software, AI/Ml company, and a manufacturing company. It competes with companies like Oxra, Ultraviolette, and Yulu.