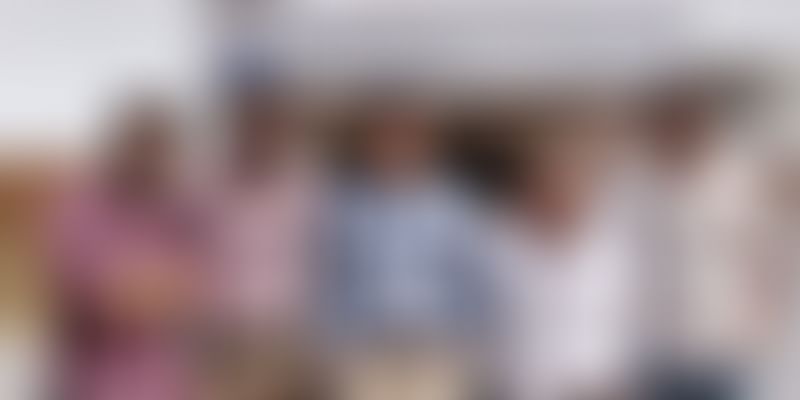 Unschool is an edtech marketplace where industry experts host online courses for students, earning royalties from the Unschool team in return.

Like many engineering graduates in India, 25-year-old Rahul Varma became an engineer not by choice but out of chance. He realised much later in life that his passion lay in management and sales, and not coding. After heading AIESEC’s operations in India, he went on to become the Chief Operating Officer for an edtech startup in Bengaluru.

There, Rahul realised that India’s schooling and education system was outdated, as there hardly is any industry relevance to what was being taught in schools and colleges. Most of the youth lack industry relevance and real-time skills to keep up with the pace of change in technology and other industries.

“That brings the question – is the current system and schooling standards really serving the purpose of creating employable and enterprising workforce?” examines Rahul, in a conversation with YourStory.

He also found a NITI Aayog report stating that there are going to be 600 million youth (45 percent of the total population) in India by 2025, and about less than 45 percent of them will be employable.

All this led him to start Unschool in Hyderabad in February 2019.

What does the startup do?

It is a marketplace where industry experts host online courses for students and earn a royalty per sale that is given by the Unschool team.

“We aim to reinvent learning and teaching methods to meet the current industry demands while providing personalised learning paths so that students don’t have to pursue studies which they are not interested in. Our USP is that we are an online learning ecosystem which provides a course, mentorship, projects, and guaranteed internship opportunities – all under a price of $50. We enable the youth to become employable,” explains Rahul.

Unschool relies on a learning management system that allows coaches (experts) to host their lessons in various formats, and for students to learn and engage with peers and the coaches, as well as apply for internships. Some of the courses on Unschool are on data sciences, AI, coding etc.

While numerous such platforms provide pre-recorded videos, Rahul explains that these platforms have an average completion rate of less than four percent. The reason is that students are hardly motivated to enrol and complete the course.

“Unschool has a 50 percent completion rate because other than providing pre-recorded videos, it builds an online learning ecosystem that offers personal mentorship by industry experts to complete LIVE projects. It enables students to get placed in internship opportunities in the best companies due to its outcome-based learning approach (which no other MOOC platforms provide),” claims Rahul.

He adds that close to 25 percent of Unschool’s students have been placed in companies for internships.

“The journey of starting out from my parent’s house, moving to a rented three-bedroom apartment, to having a 4,000 sq ft office and being self-funded all along has had its challenges. It was difficult to even get our employees/interns to join us while we were working out of a residential apartment,” Rahul recalls.

Once the idea was in place Rahul and his friend Narayanan S who joined in as the co-founder worked on the initial sales and pitches. The team has now expanded to 30 employees.

Apart from that, the edtech market is crowded as a lot of companies providing online courses and onground training institutes have a great demand as well. Rahul adds that college faculty too relied on only a few orthodox MOOC (massive open online course) platforms and recommended those to students.

“The biggest challenge was to convince the faculty and students on why Unschool is better and provides with an outcome-based learning and personal mentorship, which is extremely important. On the other hand, with the stigma around education in India, everyone studies to get a degree/certificate but not with the spirit of upskilling/learning. After receiving positive responses from our first 100 customers, we started gaining traction through word of mouth and grew from there,” he adds.

With the coronavirus pandemic and the new National Education Policy 2020, there has been a massive growth of edtech players. BYJU’S acquisition of WhiteHat Jr for $300 million has made the sector hot.

According to a RedSeer and Omidyar Network India report, online education offerings for classes I to XII are projected to grow 6.3 times by 2022, creating a $1.7 billion market. The report also revealed that edtech users – both paid and free unique users – in K12 and post-K-12 segment, have seen an increase, with the user base doubling from 45 million to 90 million.

Several startups like Hyderabad-based NoSchool, UpGrad, Great Learning, and Simplilearn are focusing on the upskilling segment. The Unschool team claims to be growing at a 150 percent quarter-on-quarter rate, with Rs 4 crore in revenue in the last 14 months since the founding.

The team claims to have 25,000 paid users. “We have come a long way and intend to have hundreds of courses in the next three years, with 500,000 paid users. Our course completion rate is 50 percent and the placement rate is 70 percent,” adds Rahul.

He adds that they intend to partner with colleges to provide students with skill-based immersive courses at affordable costs.

“By the end of the year, we’ll come up with our web application as well as introduce a mobile application by next year. We intend to become the one-stop solution for learning a skill, assessing your knowledge through projects, mentorship, and placement opportunities. We intend to have over 500 courses in the next three years,” says Rahul.