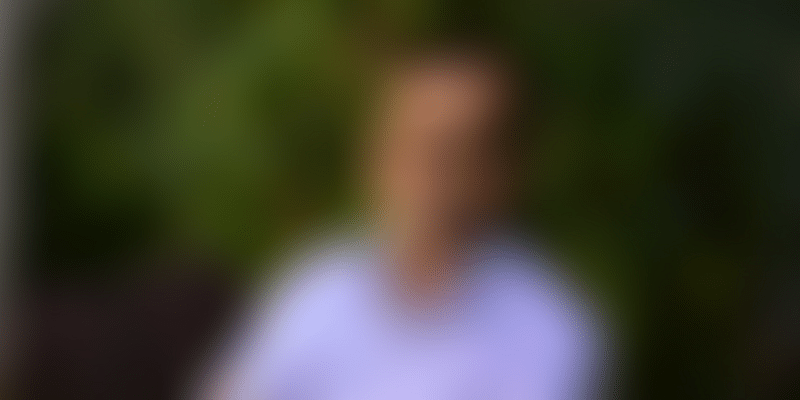 Amit Somani, Managing Partner, Prime Ventures, talks about the Prime Venture Partners podcast series the firm launched in 2015-16 and everything that went behind creating it.

Amit Somani has over two decades of experience in the domains of technology and internet. He kick started his career as a software engineer at IBM Almaden Research Center and then went on to work with companies like Google and MakeMyTrip. In January 2015, Amit took up the position of Managing Partner for Prime Ventures.

Known for its early stage investing, the entity focusses on tech-driven startups with potential. So far, the VC fund has provided capital and mentorship to over 25 companies including kredX, synup, MyGate, ezetap, and dozee among others.

How to build an engaging podcast

The idea of putting out content in the form of talk radio has been gaining a lot of popularity in the last few years. Several media houses and bloggers have also been at the forefront of this including Apple, Spotify, Sony Music, and Entercom.

Prime Ventures too recognised the growing interest of people in listening to podcasts and launched its very own podcast in 2015-16.

“We started prime venture podcast with the intent of giving back to the community. Over a period of time, we gained access to a lot of great entrepreneurs, venture capitalists, and influencers, who in turn opened up about their learnings with the entrepreneurial ecosystem,” says Amit.

However, the journey of generating podcasts regularly was not easy. Throwing light on this Amit adds,

“There’s a lot that goes into the podcast. It’s not just about recording an audio and sharing it on a Google drive or LinkedIn. It boils down to maintaining the cadence, consistency, and construction of conversations. Besides, there’s a lot of content out there today, and so, what the podcast stands for is very critical.”

Another significant aspect that is central to releasing digital audio files talking about a particular topic, trend, or event is the manner in which it is distributed and promoted.

Siddharth, who is the host for the 100x Entrepreneur Podcast for a long time now, has been expanding his consumer base and engaging people at multiple levels.

When Siddharth laid the foundation for 100x Entrepreneur Podcast, he spent only 20 percent of his time in building content and the rest was dedicated to distributing it. From the fourth or fifth episode, he began directing his energy towards creating an emailing list of over 20,000 people who had subscribed to the platform.

“I got my team members to religiously send an email to the subscribers every Monday. We also worked really hard to get a set of qualified, good guests for the recording. These guests in turn suggested other guests and that is how we extended our footprint. Twitter, LinkedIn and YourStory are some of the other mediums we have been relying on to reach more and more listeners.”

Today, both Prime Ventures’ Podcasts and 100x Entrepreneur are available on more than 20 apps and platforms.

The art of hosting and scripting

Most listeners tend to connect with podcasts due to the hosts. From researching about specific topics, engaging the audience in conversations, going after guests to pushing for relevant debates, the host generally takes on a slew of responsibilities.

One of the ways through which Amit tries to be on top of the game is by lending an ear to multiple other podcasts.

“I like the Andreessen Horowitz podcast among many others. Listening to podcasts not only helps me learn and stay curious about the world, but also teaches me how to be a better host. I pick up different kind of conversation styles, figure out how to ask the right questions, and also dig deep into a certain topic,” explains Amit.

Asking well-structured open-ended questions is a known technique to elicit fuller responses from guests. However, querying starting with “why?”, “how?” and “what?” is a skill in itself.

“The only way to make the guest really comfortable is to be fully present at the moment and ask a lot of open-ended questions. Anything that cannot be answered with a ‘yes’ or ‘no’ aids in gaining access to the intent of the person. And once that is done, the most amazing and authentic insights start flowing,” notes Amit.

The average duration of a podcast is anywhere between 45 minutes to one hour. Keeping the listeners glued for a long time using audio is a challenging task. According to a study by Microsoft, the average human being has an attention span of eight seconds. This is a drastic decline from 12 seconds that was reported in the year 2000.

Besides, humans read much faster than they listen to audio. This is where transcripts play a role and prove to be good supplements to podcasts. Amit reiterates this,

“Transcripts help in segmenting and timestamping the entire podcast. A good hack, perhaps, would be to listen while referring to the transcripts. I think the combination can make it very effective because retention will be much higher.”

Prime Venture invests Rs 6 Cr in FoodyBuddy, a platform that connects foodies with home chefs in the neighbourhood

Lessons learnt along the journey

While both Amit and Siddharth have established successful podcasts, each of them had their own distinct roadmap to make things work.

Amit has been bringing out interesting insights through his interactions with entrepreneurs, venture capitalists, and influencers shaking and moving the startup ecosystem. On the other hand, Siddharth is acknowledged by many for his niche topics and insatiable inquisitiveness to understand the journey of VCs as well as entrepreneurs who have scaled 100x.

“Podcasting has given me a rocket ship of growth and a network of venture capitalists with whom I got opportunities to build relationships. It taught me editing, hosting, operating, and promoting all at once. It almost felt like building a startup, I got my hands dirty in everything, be it a product development, sales, or distribution,” says Siddharth.

For Amit, the most rewarding aspect is the constructive feedback and positive responses from listeners.

“When a person says, ‘Oh, I listened to that episode, and it really changed the way I was thinking about my product or my go-to-market’, is when I feel real gratification. It could be anybody - friends, neighbours, people on Twitter or other social media, but it makes my day,” he quips.