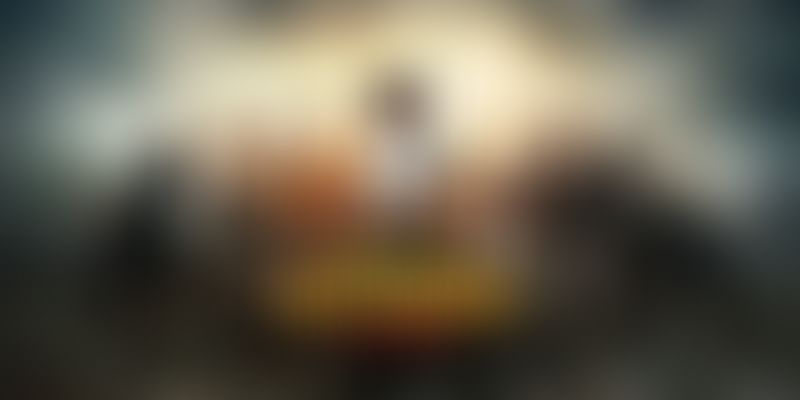 The PUBG ban has left India’s gaming industry conflicted. However, all stakeholders agree that this is an opportunity for other battle royale games to attract new users.

India, in fact, accounted for 24 percent or 175 million of PUBG’s lifetime downloads until June 2020, according to Sensor Tower. Thus, a ban in one of its most important markets has expectedly come as a jolt for Tencent.

Overall, the Chinese tech giant has lost nearly $35 billion of its market cap between July and August due to bans on popular apps like WeChat, PUBG, etc.

The PUBG ban in India comes at a time when an intense anti-China wave is sweeping over the nation. Simultaneously, the Modi government’s push for ‘Made in India’ apps is also gaining momentum.

It is unlikely that the ban would be revoked anytime soon. However, given the vast ecosystem that was created around PUBG, India’s gaming industry is conflicted about the potential impact of the ban.

WCC2: the Made in India 3D cricket game wooing the world

Industry reaction to the ban

Industry insiders reckon that while this is a loss to the local gaming community, it also offers other battle royale games like Fortnite, Call of Duty, Garena Free Fire, and homegrown Rogue Heist. the opportunity to attract users.

“This may seem like a loss to the esports community. However, in the interest of national security, the country must take whatever precautions they deem necessary. There are plenty of other games to fill the void for PUBG... While we may see some players move to other platforms such as PUBG PC, the majority who prefer the mobile version will be sticking to similar games on mobile.”

IGL also believes that PUBG influencers are likely to associate themselves with alternative gaming titles to make a living.

“It will have the same effect as it did when TikTok was banned for the influencers that had made a living from that platform. However, we will see PUBG influencers and players switching to other games to make a living. It may be a setback for them but eventually, their audiences will also respond to the change,” Yash explains.

“With this ban in effect, we may even see a version of the game that the audiences have grown to love be developed here itself from India,” he adds.

Like TikTok, which had over 200 million users in India, the “unseen human cost” of the PUBG ban is also expected to be huge.

Ishaan Arya, Co-Founder of The Esports Club, elaborates, “PUBG Mobile was one of the major driving factors behind the growth of gaming and esports in India with a large portion of investments within the space concentrated around the PUBG Mobile ecosystem of events, broadcasts, and content. The most unfortunate outcome of this sudden move is that it now leaves thousands of players, and hundreds of organisers, journalists, broadcasters, etc., with an uncertain future as PUBG esports was indirectly responsible for their jobs. This is the unseen human cost of this move that most people will overlook.”

Despite the mixed reactions to the PUBG ban, most stakeholders in gaming agree that national security reasons are of utmost importance, and any company that is a potential “threat to the safety, security, and sovereignty of the Indian cyberspace” ought to be monitored.

Roland Landers, CEO, All India Gaming Federation, stated, “Any decision taken by the government to protect the safety, security, and sovereignty of the Indian cyberspace is welcome. The move would safeguard the interests of Indian mobile and internet users while presenting a great opportunity for indigenous homegrown game development studios to showcase their talent and create exciting game formats as part of the #VocalforLocal and #AatmanirbharBharat initiatives.”

Battle royale games, which are typically multiplayer shooter games with survival as the end goal, originated in PCs and consoles.

However, over the last few years, PUBG and others came out with mobile versions of those games, thereby democratising the battle royale genre in countries like India that had a fledgeling PC gaming culture. Reports suggest that a lion’s share of India’s battle royale players are on mobile.

Here are five popular PUBG alternatives for them.

Fortnite’s popularity in India surged after it launched on Android in April this year. The app has crossed five million downloads on Google Play Store in just three months. Overall, Fortnite has 350 million registered users across platforms, and is one of the top free-to-play battle royale games.

In Fortnite, players collaborate to fight off zombie-like creatures and build their own battlefield cover. The game offers three modes: single-player, co-operative mode (played with friends), and a free-to-play multiplayer format known as Fortnite Battle Royale. This allows 100 players to enter the game at a time, and compete either individually or as four-people squads.

Call of Duty (COD), a multiplayer action game, was launched as a mobile app in September 2019 after gaining immense popularity on PCs. Google Play Store recognised it as the Best Gaming App of 2019, which “pushed the boundaries of what we expect on mobile”. The app gained viral popularity following this.

Call of Duty: Mobile brings in console-quality HD gaming on the smartphone with customisable controls, voice and text chat, and thrilling 3D graphics and sound across complexity levels. In just 10 months, the app has crossed 100 million downloads, 15 percent of which were from India, as per Sensor Tower.

Garena Free Fire (also known as Free Fire Battlegrounds) was the world’s most downloaded mobile game in 2019. It also won Google Play Store’s ‘Best Popular Game Award’ last year. The game is estimated to have over 80 million daily active users, and has grossed north of $1 billion in revenue.

The action-adventure game consists of up to 50 players falling from a parachute on an abandoned island and scavenging for weapons, heals, and other equipment needed for survival until they are the last player standing. They can hide in trenches, run through empty buildings, and sneak up on enemies, or become invisible by proning under grass for survival. In-app purchases let them add weapon supplies and extend battle life.

Battlelands Royale is a 32-player real-time multiplayer game built for mobile. The app has crossed 10 million downloads on Google Play Store. The game includes three to five minute battles, where players can dominate the arena in ‘Solo’ mode or join forces with fellow battlers in the ‘Duos’ mode.

They get to choose their landing spot, drop in, loot weapons, and armour for the battle. A variety of guns are available — including snipers, shotguns, rifles, and pistols — to sharpen their shooting skills and become the best battlers in town. Players also get to collect new characters, supplies, and parachutes as they level up.

This homegrown battle royale game emerged as one of the winners in the Aatmanirbhar Bharat App Innovation Challenge. Launched less than a year ago, the online and offline action survival game has crossed a million downloads on Google Play Store.

ScarFall: The Royale Combat involves players parachute landing from high-speed flying helicopters into unknown battlegrounds, where they get three chances to win a war. The game offers two modes: TPS (Third Person Shooter) and FPS (First Person Shooter). High-quality 3D graphics, animations, and real-life sounds of gunshots are the USPs of the game.