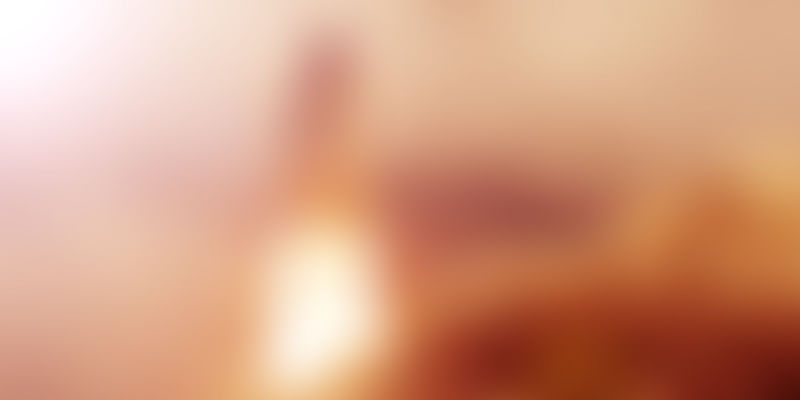 The new reforms in India’s space sector are likely to bring ‘a new era for tech entrepreneurs and exciting opportunities for private players’.

Finance Minister Nirmala Sitharaman in May announced the inclusion of private players in the space sector to tap the potential of space technology. This was followed by the formation of an autonomous nodal agency, Indian National Space Promotion and Authorisation Centre (IN-SPACe), an extension of ISRO, to include private players in space-related activities.

Since then, backed by favourable government policy, local expertise, and investor scrutiny, India’s spacetech sector has taken centre stage. With Aatmanirbhar Bharat the ultimate aim, it is important for startups and innovators to come up with innovative solutions that reduce dependency on imports.

The online conference was held from September 15-17.

According to a PwC report, the Indian space economy is valued at $7 billion and comprises two percent of the global space economy. The Indian space sector needs to grow at an approximate rate of 48 percent CAGR over the next five years to reach its target of $50 billion.

According to media reports, there are about 300 active private players in India’s spacetech segment and majority of them have been working as suppliers to ISRO.

Spacetech stakeholders and experts are unanimous that inclusion of the private sector in space opportunities will help India expand the market size and reduce dependency on imports.

In an earlier webinar, Dr K Sivan, ISRO Chairman and Secretary in the Department of Space (DoS), had revealed that the embargo on import of communication satellites, including GSAT 7R, GSAT-6 Satellite Terminals and Communication Satellite GSAT-7C, under Aatmanirbhar Bharat Abhiyan was a huge opportunity for ISRO and private players to build their own satellites.

Addressing the audience virtually, Nilesh explained that private players had opportunities to build satellites for communication and remote sensing among other purposes.

Till now, space-related activities were carried out entirely by ISRO; the private sector’s involvement was limited to collaborating with the space agency for component manufacturing.

However, with the new reforms, ISRO will provide startups and MSMEs several opportunities to develop products and also conduct their own space missions.

Spacetech experts agree that opening up the spacetech sector will ensure faster digital inclusivity in India.

Bengaluru-based Bellatrix Aerospace is the only startup involved in developing propulsion systems for ISRO.

Welcoming the new reforms, Rohan said,” The reforms today are more conducive for startups than five years back. We were lucky to have ISRO handhold and guide us.”

Talking about opportunities, Awais Ahmed, Founder and CEO of microsatellites maker Pixxel, said spacetech startups would need to identify gaps in the spacetech ecosystem and build solutions to bridge them.

“India has a huge talent base in the space ecosystem. Startups need to identify gaps across the world and build on these,” Awais said.

In need of funding support

Kris Gopalakrishnan, Chairman and former CII president, Chairman of Axilor Ventures, and Co-founder of Infosys, highlighted the importance of funding, stating that investors needed to back startups in the spacetech sector with funds to sustain and grow.

He clarified that the funding needed to come from the private sector as the government had to focus on policies and reforms to ensure a comfortable business environment for startups.

Vishesh Rajaram, Managing Partner at Bengaluru-based VC firm Speciale Incept Advisors, said investing in spacetech startups needed patience as one could not expect startups to complete innovations in a short amount of time. He added that venture capitalists would want to see whether startups were able to complete certain parts of the project or mitigate certain risks in a year or two.

The VC firm has placed their bets on two spacetech startups: Agnikul and AstroGate Labs.

“It's a great time for startups to work towards risk reduction and technological innovation with the opening up of the space sector. We understand that we need to be patient because space innovations cannot be completed in a month.”

Santhosh C Kurup, CEO at ICT Academy of Kerala, spoke about Kerala’s SpacePark initiative, where the local government is developing a comprehensive spacetech ecosystem to help startups, researchers, innovators, and small businesses develop solutions and thrive in the sector.

He said that the initiative would focus on five major areas:

With the new reforms in place, the central government and ISRO believe that the public-private partnership will help grow India’s spacetech ecosystem and improve its global ranking. As private players become co-travellers with ISRO in India’s journey to space, the country is on course to achieve its aim of making spacetech a $50 billion industry.