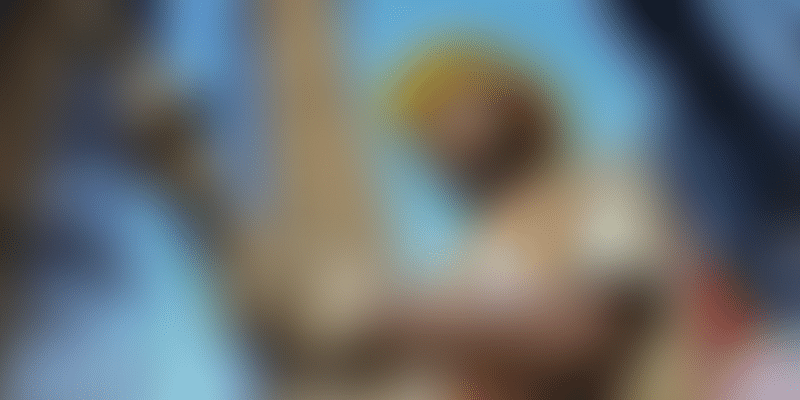 Bengaluru-based startup LokalPe is a jobs search platform for blue-collar workers who lost their gigs and returned to their villages after the coronavirus lockdown.

In April, shortly after the coronavirus lockdown, 120 million out of 170 million blue-collar workers in India went unpaid due to either unemployment or delayed wages.

Between March and May, India's unemployment rate more than tripled from 8.75 percent to 27.1 percent, according to the Centre for Monitoring Indian Economy.

While things have looked up since then, with the average unemployment rate dropping to 9.1 percent in August, it is still rising in rural areas. And migrant workers who returned home due to the lockdown continue to go without jobs.

Enter LokalPe, a job search platform that matches blue-collar workers with hyperlocal skill-based jobs at their base locations. LokalPe went live in June, and claims to have helped fill up over 2,000 vacancies in Uttar Pradesh, Bihar, and Madhya Pradesh — states that recorded the highest rates of returning migrant labour.

Co-founder and CEO Ankush Sharma tells YourStory, “We had this idea even earlier but the pandemic cleared our focus with so many people losing their livelihoods and returning to villages. State governments don’t know how many people from their states are outside, which sectors have seen most job losses, and so on. There is no data available and we wanted to fill this gap for both job seekers and employers.”

Job seekers can look for gigs in their areas, upload 15-second video resumes showcasing their skills, and choose from over 5,000 real-time vacancies. They can also filter their search based on age, gender, state, districts, and skill level.

“LokalPe is a video-based LinkedIn for rural India. Just like LinkedIn fosters like-minded communities of white-collar workers, we wanted to do that for the blue-collar segment. These workers are always looking for gigs, but they don’t have any identity in terms of resumes. The skill videos help them create that identity and showcase their experience to employers.”

Explaining the rationale behind it, Ankush says,

“The traction that content apps like TikTok and Helo got from rural India boosted our confidence in video. Videos are highly liked and shared by rural internet users. We believe we have product-market fit, and the feedback we have received also proves that video resumes are more effective than text resumes in skill-based jobs.”

Job seekers can create sample skill videos using the in-app camera and attach them to their applications. The app is available in Hindi and English, and will launch in eight more languages in the coming months.

“We want to be the one-stop search engine for hyperlocal jobs in the informal sector. We have built our own application tracking and matching algorithm based on skills, eligibility, hours of work, and even salary bracket. Employers can shortlist candidates based on their criteria, and job seekers can call them directly.”

The founders claim that about 70 percent of the hiring has been by individuals and houses looking for cooks, plumbers, electricians, security guards, etc., and small businesses such as sweet stores, local eateries, flower shops, and so on.

LokalPe is free for job seekers while it charges employers on a per-hire basis.

Ankush says, “We have identified 25 manufacturing hubs that need to fill 2,000-3,000 factory vacancies. We are also partnering with Swiggy, Zomato, some medical stores, and looking at B2B as a growth channel.”

LokalPe is targeting 1.5 lakh users over 90 days in the festive quarter, which is expected to generate new employment in India’s informal sector.

The blue-and-grey-collar segment is estimated to be worth $60 million, with a bunch of app-based job platforms like WorkIndia, Apna.co, Aasaanjobs, QuikrJobs and OLX People jostling for market share. But LokalPe hopes to differentiate itself with its video-centric and real-time jobs marketplace.

The bootstrapped startup also looks to raise a seed round of Rs 2-3 crore in three to six months as it expands its job listings across more states.

The co-founders sum up by saying, “If we have to solve India’s migrant worker crisis, then technology has to enable real-time job creation.”