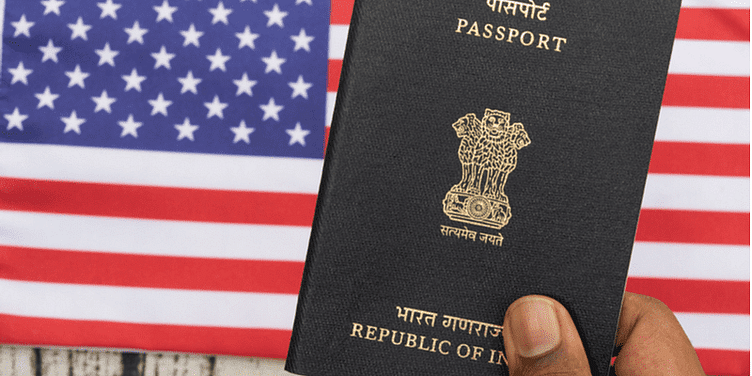 Indian business leaders have been rallying for techies abroad to come home and build in India since the H-1B visa ban in June by the Trump administration. The movement is expected to gain steam, irrespective of the outcome of the US elections.

In the last few weeks as the 2020 US presidential election contest reached its final stretch, Democrats and Republicans stepped up their outreach to the Indian American community.

Joe Biden and Donald Trump are both trying to woo voters from this community by painting a picture of the great American dream as experienced by Indian Americans.

But the community isn’t happy despite Trump’s efforts, including a rare citizenship naturalisation ceremony at the White House that prominently featured a sari-clad Indian software engineer.

That ceremony didn’t take away from an earlier US government decision to suspend H-1B and L visas, a move that has since then significantly impacted Indian techies and Indian-origin IT firms in the US.

Apart from unrest within the community, which churns out the maximum number of techies, the decision spurred a movement in the startup world to “come back home to India and build”.

Now, even as political and business leaders around the world look inwards to try and understand what a Biden or a Trump win would mean for them and their organisations, many stakeholders in India's tech-led startup ecosystem say the “return home to build” movement will only gain steam - irrespective of the outcome of the US elections.

The next couple of years are especially crucial for businesses from an international policy standpoint, but Indian startups don’t seem too perturbed by the developments.

Indian business and industry leaders are unanimous that Trump’s visa suspension is not likely to have any bearing on the IT sector, and have said that Indians abroad should come home, and build and innovate for the advancement of their nation’s tech sector.

Their calls feed into Prime Minister Narendra Modi’s ‘atmanirbhar’ and ‘vocal for local’ movements, which aim to make India more self-sustaining and less dependent on other countries.

“In the short run, the H1B visa ban helps the industry since some good talent will choose to work here,” said Akash Gehani, Co-founder and COO of ﻿Instamojo﻿.

But in the longer term, and to sustain talent, Akash says the ecosystem has to become sounder and more holistic.

“The industry has to become attractive by itself, and that means having a better ecosystem, products, and a big market here itself. Without that, new or existing talent will not be retained,” he added.

In an interview with CNBC-TV18 shortly after the visa suspension in June, CP Gurnani, MD and CEO of Tech Mahindra, said India had reduced its dependence on H-1B visas even before the Trump administration’s move.

“India Inc has become a lot ‘atmanirbhar’ in this context. We were locally hiring and training a lot more engineers so India's applications for H-1B visas have reduced,” Gurnani was quoted as saying.

In fact, the IT sector has not been bothered by the visa suspension because, with most parts of their businesses going virtual due to the COVID-19 pandemic, they have been able to save money.

HCL Technologies, Wipro, and other big Indian IT companies are also expected to get savings windfalls.

On the flip side, Nasscom President Debjani Ghosh said the suspension of H-1B and entry restrictions for immigrants were more likely to hurt the US economy than India.

This is especially bad for the US economy and innovation...that too at a time when the US should be doing all it can to build back the economy. Recovery without access to talent is going to be an uphill challenge. https://t.co/lFr0RMC8xc

The US approved a total of 6,663 H-1B visas in 2019-20 for 14 of the largest Indian tech companies located there, Minister of State for Electronics and IT Sanjay Dhotre said on Wednesday, citing data from industry body Nasscom.

Startup founders back ‘Build at Home’

Amrish Rau, CEO of ﻿Pine Labs﻿, said after the H-1B ban that Trump could be a catalyst for the second wave of innovation in the Indian tech sector.

Indeed, the collective, conscious push for self-sufficiency by the Indian government has not only changed people’s mindsets towards India-made products and innovation from Indian startups, but also made the business industry, as a whole, more receptive to harnessing and developing local talent, than looking for it beyond the country’s borders.

As far as pay scales go, Indian startups have been shelling out more and more for well-rounded, talented employees, comparable at times to even Silicon Valley pay grades.

Since last night recvd 2 emails frm friends @ cos like Google abt returning to India. This feels different. Ppl are sick of the uncertainty; ban was a personal betrayal. Indian startups pay well (some roles are at bay area salaries) and do VERY exciting work. COME HOME AND BUILD!

Other startup founders, such as ﻿Snapdeal﻿ CEO Kunal Bahl, took to assuring H-1B hopefuls that the suspension was perhaps not the worst thing in the world. Sharing a personal anecdote, Kunal said he hasn’t regretted a single moment since his US visa got rejected, 13 years ago.

India is the land of big opportunities 🇮🇳 🙏🏼

I didn't know this 13 years ago when my H1B visa was rejected, but haven't regretted a moment since. https://t.co/ycUhpC9Nj4

Build in India. Build for the world. #Visasdontmatter

I moved Valley—> India due to a personal situation outside my control. It SUCKED to wrap up my startup abruptly. 4Y later: 1) Joined incredible team @LightspeedIndia 2) @reliancejio wave 3) Backed amazing return-founders e.g. @acharyaamrit at @zetwerk. When life gives you lemons!

Rahul even offered to counsel those forced to move back home and offer a perspective on what that would look like. He added that it was an exciting time to be a part of India's growth story, and that Zomato was looking to hire across tech-related roles.

Cross-posting from LI here - anyone in the US exploring a move back to India in view of the H1b ban - pls feel to reach out. Happy to help in any way I can.
Would appreciate RTs. pic.twitter.com/euspL10w8c

But can Innovate in India work?

One of the largest investment hubs in the world, India’s resourcefulness and its bank of intelligence, backed with support and push from the government, can help the country realise its dream of becoming a business superpower.

The Modi government has put its weight behind movements such as Digital India, Make in India, and Skill India, among others, and taken steps to improve the country’s infrastructure - all of which have helped prime the country for further innovation.

Tax breaks for startups, special incentives for women-run businesses, help centres for SMBs, monetary grants for tech innovations, and national hackathons are some other ways in which the government has been encouraging more India-based startups to take root.

VC companies have also been pushing for homegrown ideas that can not only solve regional problems, but can scale globally while butting heads with global sector leaders.

More creative and innovative minds and the success of homegrown companies will also generate more employment opportunities for others in the industry and ensure that the whole ecosystem succeeds.