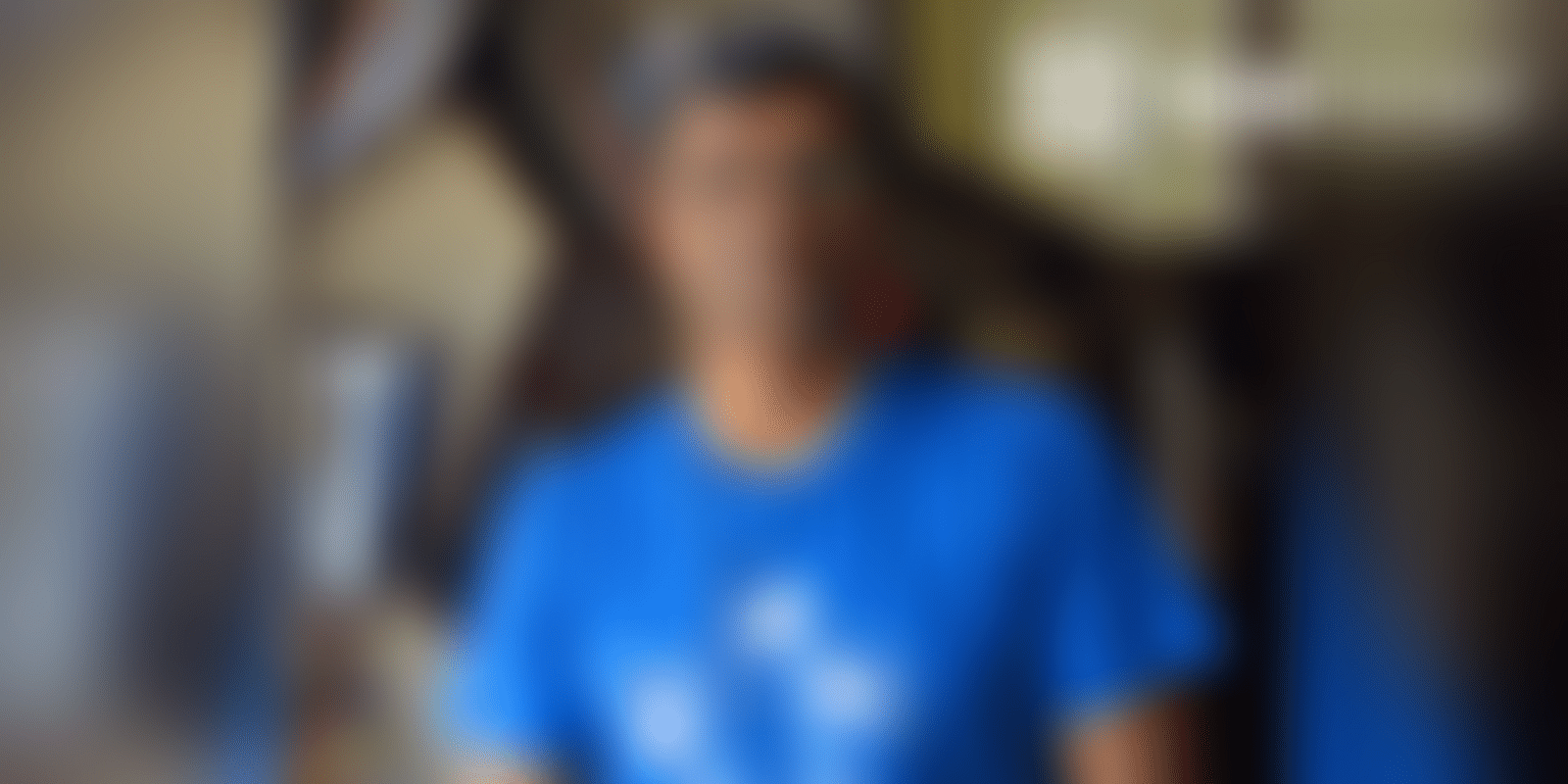 In this week’s Techie Tuesday, we feature Ramakrishnan A, the Co-founder and CTO of Near.Store, the startup that is taking kiranas online. His tryst with embedded systems began in early 2000s, and his tech journey includes stints at Sasken, Infosys, and Mindtree.

Ramakrishnan A, Co-founder and CTO of Mumbai-based ﻿Ekasta﻿, strongly believes that technology has one main function: to improve everyday life.

The engineer, who has over two decades of experience in embedded systems, has over the years worked on several products that facilitate this and continues to do so.

At present, he’s most excited about his latest project: building a strong IoT device with a hardware and software component for small retailers in and out of India. He calls it a moonshot, a "groundbreaking project".

“The hardware takes all the information and all work happens behind the scenes, where we gather information and an ecommerce platform is automatically built for the retailer. The behind-the-scenes activity is where the primary tech and my focus area is involved,” Ramakrishnan says.

Ekasta’s ﻿Near.Store﻿ is an instant plug-and-play solution that can help mom-and-pop stores create their own digital presence. The device needs to be plugged into an existing billing system and creates a unique online presence, enables discovery, generates online sales, attracts new customers, and ensures customer loyalty.

Ramakrishnan has been building up to this for a long time now.

Over the years, he’s worked on many pathbreaking projects, including building streaming video content on devices for education for ISRO while he was employed at Sasken Technologies, and others on modem interoperability, Bluetooth technologies, an early tablet, and several systems across deep tech companies.

For over two decades, he has been working primarily on embedded systems. But even now, he codes as much as he would in the early days – anywhere between “three to 13 hours in a day”.

The techie feels the best part about coding is that it “helps you realise success or failure immediately”.

“Making anything happen is up to you as programming is in your hands. I like it because it puts the control in your hands. But I don’t like the current web-based coding applications because the many options put you in a dilemma,” he says.

He adds that when he started coding there were limited options when it came to tools. “We would always improvise and had the control; that’s what coding should be. I like to understand what happens in the core and at the backend.”

Like many techies across India, Ramakrishnan comes from a middle class family. Born and brought up in Chennai, his father was a quality assurance officer for a large pharmaceutical company while his mother was with the Reserve Bank of India (RBI).

As a boy, Ramakrishnan was influenced by his father’s side of the family, who were primarily engineers. His bent towards engineering was also facilitated by the fact that computer science was gaining prominence when he was in high school – during the early 90s.

“I also got my first computer then and started getting more interested in programming,” he recalls. Merging the two paths – science and technology – seemed like a natural progression to Ramakrishnan.

In 1995, he chose to do electrical engineering from University of Madras, as getting computer science as an elective was challenging.

But that didn’t keep him away from computers. The university rank holder soon learnt to build embedded systems and IoT systems that merged hardware and software.

A bottoms-up approach to coding

Ramakrishnan joined DSQ Software in Chennai as soon as he passed out in 1999 and, working with C language, began building a protocol stack for embedded systems.

“It gave me an understanding of working with a bottoms-up approach and thinking of the minute things that can happen in a system. How memories are allocated or destroyed within a system,” he says.

It also gave him the chance to work with a team of varied people. “In college, you work with like-minded people, so getting work done is faster and a little different.”

Building protocols led to a vital realisation: the importance of documentation. “I also learnt why standards of protocol communication are written and why in a particular format,” he says.

Building products ahead of their time

After a year at DSQ, Ramakrishnan moved to Bengaluru-based Sasken where he worked directly with hardware. He aligned with teams that built products and devices primarily for the Indian market.

“My embedded systems journey began here. We built several devices that were ahead of their time,” he says. It was during this time that they built streaming video content on devices for education for an ISRO project.

“It was a simple emailing/web browsing device. I was part of the firmware and software operating system team. We designed the hardware and built every single application on the system, and the designs. It was called Apparate,” Ramakrishnan recalls.

In 2001, the team also built Penseive, a tablet that one could use to browse online using WiFi (a luxury back then). “It was as thick as a few notebooks, with an LCD touchscreen,” he recalls.

At Sasken, he also built ADSL and DSL modem systems for a company called Ikanos Communication System (acquired by Qualcomm).

The world of modems and management

After the project, Ramakrishnan joined Ikanos in 2004 and was there until 2005. The company builds silicon solutions that deliver fast fibre broadband over existing copper lines.

He worked on a modem interoperability project between Ikanos, Alcatel, and ST Microelectronics, Grenoble, France. The aim was to maintain and customise what is called the ‘handshaking’ algorithm for the Very High Speed Digital Subscriber Line (VDSL) Modem.

A few months after he joined Ikanos, Ramakrishnan decided that he needed to widen his domain knowledge and signed up for an MBA to understand marketing, management, and product functions.

He joined ISB in 2005, completed his one-year course, and joined Infosys as a consultant. Here, he was part of a division called high tech and discreet manufacturing.

“We used to provide consulting services for Infosys’ tech clients such as Nintendo or Cisco. This was very different from what I had done, and it showed me how high-tech companies operated, especially large-scale ones,” Ramakrishnan says.

Ramakrishnan was learning all the time, but he wanted more.

In 2008, keen to know how to build companies and their core technologies from scratch, Ramakrishnan joined iRunway. “It was a startup founded by an ISB alum. I wanted to work with startups, in a fast-paced environment.”

It was also an opportunity in a different space. iRunway provides technology consulting services for IP litigations involving patents.

“Working there for two years gave me the opportunity to build and manage a large team. When I joined, the company employed 25 people; by 2010, it was a 100-people organisation. You are building a company, putting plans in motion, and executing on the go,” Ramakrishnan says.

The journey – and learnings – continued.

In 2010, after a few conversations with ex-colleagues from Sasken, Ramakrishnan joined Mindtree where he was part of the Bluetooth division.

“Mindtree was building things that were cutting edge in terms of Bluetooth technology. It gave me a sense of the market purpose for the devices, and helped me understand the tech and the business sides of products,” he says.

During that time, the company was working on the low-energy Bluetooth. Ramakrishnan’s stint also helped him to work on and build short-range wireless technology. Soon, he was fascinated by the workings of Bluetooth beacons.

“These small battery-operated devices had a shelf life of up to three years and were maintenance-free. So in 2015, after Mindtree, I started building platforms for these kind of devices. I teamed up with Ashish Kumar, an ISB alum, and built a startup, BeaconStack,” Ramakrishnan says.

They worked on building marketing systems, which would use Bluetooth beacons configured to send marketing messages to smartphones. “I had worked with Bluetooth; I was using the same tech.”

In 2018, Ramakrishnan and Ashish joined hands with Diwakar Mitr to started Mumbai-based Ekasta Tech, which aimed to connect the neighborhood retailer to the digital world seamlessly.

The team, which had realised that smaller stores and brands did not need marketing but needed effort to convert a sale or come online, soon launched Near.Store, a plug-and-play solution to create a digital presence for any shop. This helps local stores to go online, digitise inventory, develop new consumer relationships, and access business data and insights.

The platform is currently operational in Mumbai and aims to have a presence in four cities and onboard 5,000 shops in the next 18 months.

Ramakrishnan, meanwhile, continues to be curious about learning and advises techies to do the same.

“You may not be able to do everything, but you should have an understanding of what happens in the frontend and the server. Do you understand the system?”

His advice to techies is to “try doing things end to end”.

“Especially when you are starting up and learning. I’ve seen close to 90 percent people do not know where their skills lie. Looking at the complete process shows you interesting things that you can learn at every stage. Explore as much as possible and build things end to end,” Ramakrishnan says.