World EV Day: The roadblocks India must drive past to pave the way for an ‘aatmanirbhar’ electric future 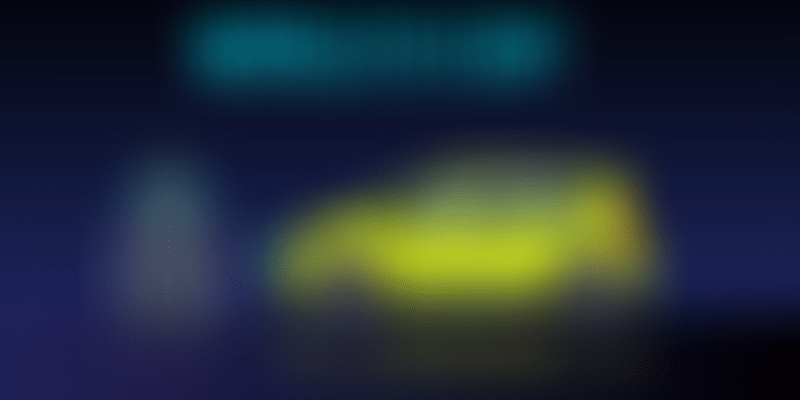 On World EV Day, YourStory takes a closer look at how India, the third-largest automotive market in the world, is setting its course for a future where road transport is powered by zero emissions and the many challenges it faces.

The world’s major automotive markets are unanimous that the future is electric.

There are now more than two million electric vehicles on the road, and global resources company BHP believes this number could soar to 140 million by 2035.

How is India, the third largest automotive market in the world, setting its course for a future where road transport is powered by zero emissions? The country may bid adieu to the internal combustion engine in the next couple of decades, but is it upping the electric mobility game for a clean, green, and responsible future?

Saurav Kumar, Founder of Euler Motors, believes the EV industry is at a nascent stage where adoption is still low. He says the industry will become “aatmanirbhar”, or self-reliant, as demand increases.

The government has set a realistic goal of 30 percent EVs by 2030 and Indians have realised the advantages of going electric – increased energy security, improved fuel economy, lower fuel costs, and drop in emissions.

EV sales in India, excluding e-rickshaws, grew by 20 percent at 1.56 lakh units in 2019-20 driven by two-wheelers, according to the Society of Manufacturers of Electric Vehicles (SMEV). The SMEV believes that “FY21 will be a defining year for all EV segments” despite the COVID-19 pandemic.

The exponential growth may free the country from the burden of net oil imports, which stood at $112 billion in 2019, but is India becoming “dependent on China”for the growth of its EV industry?

A back-of-the-hand calculation shows the total number of vehicles sold in India (including two-wheelers) is about 25 million annually. If we import batteries, micro-controllers, motors, and the ores, which comprise 60 percent of a vehicle’s costs, India will be paying upwards of $65 billion annually to make mobility completely electric. The import bill on EVs will also be very steep.

Saurav says 80 percent of components other than cells in Euler Motor’s vehicles are made in India and the startup’s procurement from China is less than five to seven percent.

"For us, it’s not only about manufacturing vehicles in the country but also growing collectively along with suppliers and EV component manufacturers. We are on the right track, but it may take two to three years for the EV industry to become fully Aatmanirbhar,” says Saurav.

The need for investments

According to Research and Markets’ India Electric Vehicle Ecosystem Market Outlook 2030, the EV market is “anticipated to grow at a robust CAGR of 43.13 percent during the forecast period from 2019 to 2030”. Installation of charging infrastructure is projected to grow at a CAGR of 42.38 percent.

But analysts believe that if India, in the next 10 years, does not invest in EV manufacturing, which includes specialist manufacturing of electric motors, micro-controllers, and telematics hardware, the import bill to support EVs plying on the roadwill be at least half the oil import bill.

Numerous startups have hit the road, including Ather Energy, Sun Mobility, GoGreenBOV, Darwyn Motors, Grinntech, Euler Motors, Oxra Technologies, Ultraviolette, OnnBikes, York, and others. All of them have one mission: a cleaner and greener India.

Automotive companies like M&M, Tata Motors, and Hyundai are betting big on the EV revolution. Hyundai, Kia Motors, and LG Chem launched an EV and battery challenge this year to find 10 startups that can be funded.

The baby steps taken by Indian companies can be accelerated with the government’s Aatmanirbhar Bharat campaign. However, the investment community is waiting for how policies will allow Indian startups to thrive.

YourStory data shows that investors have put in close to $429.9 million into the Indian EV industry over the last five years.

Meanwhile, the US has committed $35 billion and China has allocated $140 billion for EVS, according to the Global Private Investment Dashboard. India’s commitment from the government is less than $1.6 billion.

What is stopping large-scale investments from coming in?

“This requires a significant amount of investment because we are looking at changing the very fabric of Indian commute. It is significant because ownership models and financial models would change in the B2B space," says Chetan Mainí, Founder of Sun Mobility.

Increase in use cases

Ravikiran A, Founder of EV tech startup Numocity, says the B2B side shows ready acceptance for EVs, from the total cost of ownership point of view.

“Most logistics companies have plans to migrate their delivery vehicles into electric. This will trigger a new segment of vehicles designed for maximum delivery utilisation. Charging infrastructure is well planned out in this segment and there is a push towards swappable battery systems to keep the uptime of vehicles,” he says.

On the B2C side, ride-hailing platforms that provide mobility-as-a-service at the last mile have committed to electric two and three-wheelers. Bike rental companies and bike-taxi hailing companies like Bounce and Rapido have already made commitments to go electric. Yulu has been providing EVs to aggregators like Swiggy and Zomato while GoGreenBOV is working with ecommerce companies.

Car fleets for the corporate segment also back EVs, and there is likely to be a big change in consumer ride hailing once companies like OLA switch to EVs.

“This will be a very promising segment in the next two years. It will lead to demand for public charging points and the business case for private charging service providers will become more viable," Ravikiran says.

Perceptions around the availability of public charging infrastructure can be vital in the adoption of EVs.

Earlier this year, the government approved the setting up of 2,636 electric vehicle charging stations across 62 cities in 24 states and union territories of India under the second phase of FAME India scheme.

Amit Gupta, co-founder of Yulu, believes transformation of charging infrastructure is the master key to unlock the full potential. “Promising ease of doing charging business and incentivising every mega kirana to be a mini charging station will go a long way in contributing to the growth of the industry,” he says.

Kenneth Research says the Indian EV infrastructure market is expected to grow at a CAGR of over 40 percent during a forecast period of 2019-2025.

A new policy launched by Arvind Kejriwal aims to make public charging facilities accessible every three km in Delhi. The policy also seeks to encourage setting up private charging points (PCPs) at residential and non-residential premises, and focuses on recycling EV batteries that have reached end of life.

These welcome moves by the government will boost the morale of many startups in the EV space.

However, a key differentiator advanced markets have is the speed to market in implementing key infrastructure. Some European markets have enabled this by adopting pay-per-click or a subscription model.

“Pay-per-click works on the fundamentals of sharing energy at the premises of a mall or shop to let customers charge and pay as per usage. The subscription model is straight forward. It involves installing charging stations at strategic locations and acquiring customers with a range of charging services,” says Amit of Yulu.

India clearly needs to create infrastructure that can harness the power of the sun to create “mega green field charging hubs”. The private sector can create a multi-modal charging network, including your house, kirana, or the Metro.

Amit says India must bring in the renewable energy factor in near to long-term EV strategy and integrate it with all petrol stations.

“This will enable charging not only at city level but also beyond city limits, on highways. On the consumer side, skyrocketing petrol prices will push the common man towards EVs. But the growth of EVs in India will require further government support.”

According to Society of Indian Automobile Manufacturers (SIAM), 1.52 lakh two-wheeler EVs were sold in India in 2020. About 3,400 EV cars and 600 EV buses were sold the same year. SIAM numbers reveal that India’s 10-year average for fossil fuel-powered vehicles is 2.5 million passenger cars and 17 million two wheelers per annum.

How can Indians be persuaded to make the shift? Perhaps we can learn a few lessons from Norway.

The Scandinavian country in 2016 announced the ban of petrol and diesel car sales by 2025. In the same year, EVs made up 28.76 percent of all new sales.

Today, Norway has the highest per capita number of electric cars in the world. Purchasers are encouraged to go electric with exemptions from levied taxes, road tolls and parking. EVs also get access to special lanes to optimise journey times.

India is working on the mission, but will take time to get the EV nation tag.

The current COVID-19 situation is expected to accelerate the rate of adoption of EVs in the medium term as customers look for environment-friendly and cost-effective personal mobility solutions, and also because online commerce is fast becoming the norm.

"There is another angle to the effect of the pandemic and the ongoing India-China conflict. It has created a lot of awareness on imported Chinese goods and has reached a level where it will impact purchase decisions,” says Rahul Gonsalves, Founder of Darwyn Motors.

Dhivik Reddy, Founder of EV manufacturer GoGreenEOT, says, people think the EV market is about the motor, vehicle control unit, chassis design, and battery packs. “But it is a monster by itself. One needs to understand that what works in simulation and in real life are two different things."

“I have always said this that the first death of electric vehicles was lead acid batteries. The second would be of startups that think EVs are all about putting a motor and a battery together. In the future, thermal management will playan important role, but it continues to be ignored. Clearly, the industry has a lot of research to do,” Dhivik says.

But there is no denying that electric mobility is poised to grow exponentially. Electric mobility is a three-edged sword, meant to help India meet its SDG goals, reduce/ ease traffic congestion, and decode the complex code of creating sustainable cities.

So, can Make in India, Startup India, and Digital India come together to create an electric Aatmanirbhar Bharat?