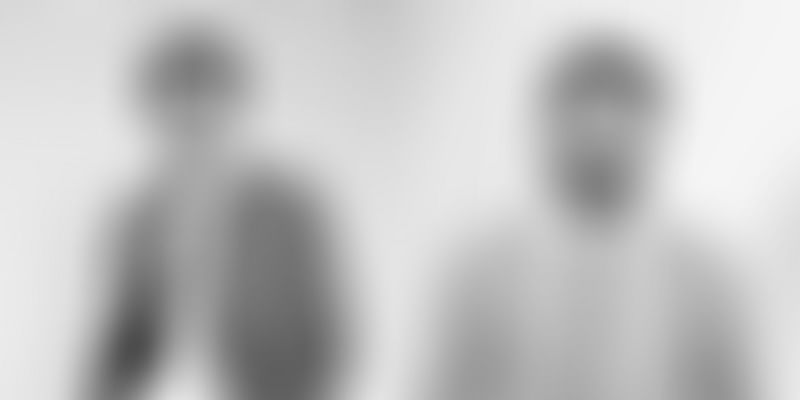 Ahmedabad-based startup Easy Pay has onboarded 500,000 retailers on their platform and its app Paisa Nikal has served more than 35 million people in rural India.

If an entrepreneur travels across India, they would understand the power of the small store as it is they who contribute to the bulk of banking transactions. This is exactly what Nilay Patel experienced when he travelled across rural India between 2010 and 2014.

In his journeys, he understood why Indians relied on the corner store owner for credit, and how these stores can help people open a bank account, deposit and withdraw. This is what Nilay wished to replicate with his Ahmedabad-based startup ﻿Easy Pay﻿. The startup’s app Paisa Nikal connects both small stores and their consumers through banking services, thereby ushering a new way to look at the future of banking.

Once the merchant downloads the Paisa Nikal app, they can operate Aadhaar Pay/AePS (Aadhaar-enabled Payment System) and related services like cash withdrawal, money transfer, and utility bill payment through the app and offers these as valued-added services to their customers. This creates additional revenue for the Kirana stores in the form of banking commission for offering convenience.

"At Easy Pay, we aim to offer additional revenues to the Kiranas and help in digitising them," says Nilay Patel, Founder of Easy Pay.

Nilay Patel is an engineer and graduated from Charles Sturt University in Bathurst, Australia in 2002 after pursuing IT. He worked in Australia for a few years and returned to India a decade ago.

When back he travelled across rural India, he realised that banking had not penetrated outside the major cities. That was the turning point where we decided to go to the drawing board and sketch out a plan to create a digital platform that could reach out to the people in need. Thus, Easy Pay was born in 2014 and began creating the digital infrastructure for Kiranas. Paisa Nikal was launched four years later.

"Paisa Nikal began in April 2018 during our trial run in Gujarat. Our first user was a mobile phone retailer who made the first cash withdrawal through our app using Aadhaar and biometric technology. That was one of our happiest moments," remembers Nilay.

The founder says that the funds have been raised internally.

"Currently, we have a widespread network in 12 states. We plan to have a deep-rooted, pan-India network in the next four to five months. In the next few months, we shall also be adding more value-added services enabled by AWS Cloud and a User Experience Center with a multilingual support team. We shall soon reveal our expansion plans," says Nilay.

He is building the company along with senior corporate leader Hrishikeish Shirodkar who runs Easy Pay as Director of Strategic Alliances.

During the pandemic, banks were closed and Kiranas became the banks by helping daily wage labourers and farmers to access cash for basic needs.

"We cater and provide support to various retail outlets, shopkeepers, and merchants across the country. Through our digital reach out campaign and user experience team, we have more than 1.2 million merchants who have downloaded our Paisa Nikal app, and half-a-million merchants have been onboarded, who, in turn, have served 15 million consumers over the last six months," says Nilay.

So far, in the last seven months, the startup has recorded over 10 million transactions on Paisa Nikal app as of July 2020. It has seen the highest adoption in the northern states. Paisa Nikal also recently expanded its operations to central and eastern India.

With an increase in usage since the lockdown, Paisa Nikal has also witnessed more than 150,000 transactions in a day, largely from rural India. The startup says more than 15 million people have used Paisa Nikal during this period.

"About 85 percent of transactions on the Paisa Nikal app have been attributed to cash withdrawals. The remaining 15 percent accounts to payment transactions between merchants and customers," says Nilay.

The 50 plus-member team at EasyPay relied on technology to handle such a scale.

"To handle this scale, we needed a reliable and scalable technology platform, and this is where we rely on AWS. Before migrating to AWS Cloud, the Easy Pay/Paisa Nikal application was hosted in a data centre. A transaction on the app would take more than 35 seconds and now takes less than five seconds, due to us deploying over 12 AWS services to achieve high availability, security, and scalability. We use Amazon CloudFront, Application Load Balancers, and Amazon Aurora. Using AWS, Paisa Nikal can scale its infrastructure in less than two minutes, where previously it took three days to pick up a single server" says Nilay.

Business model and the market

The startup generates income through banking transaction fees which, in turn, is shared with the retailer. The reward programme is offered to retailers as an incentive to download and use the app. Paisa Nikal offers a commission on every cash withdrawal when using the RBI-certified AePS and microATM services. "This is a key difference and benefit to the merchants, as they do not get any revenue from transactions carried out using a customer's debit or credit card," says Nilay.

Easy Pay has onboarded half-a-million retailers across 6,000 pin codes, and support 35 million transactions annually. The app has been downloaded by more than one million consumers to connect with retailers.

Through Paisa Nikal, the consumer can also buy from these small stores and make digital payments, increasing customer footfall and sales.

The company's annual revenues, according to the RoC accessed by YourStory, were more than Rs 9.5 crore in FY 2019.

The startup competes with PayTM, Mswipe, BharatPe, and PhonePe.

According to Invest India, the digital payments sector in India expected to grow at a CAGR of 20 percent till 2023. The overall transaction value in the Indian fintech market is estimated to jump from approximately $65 billion in 2019 to $140 billion in 2023.