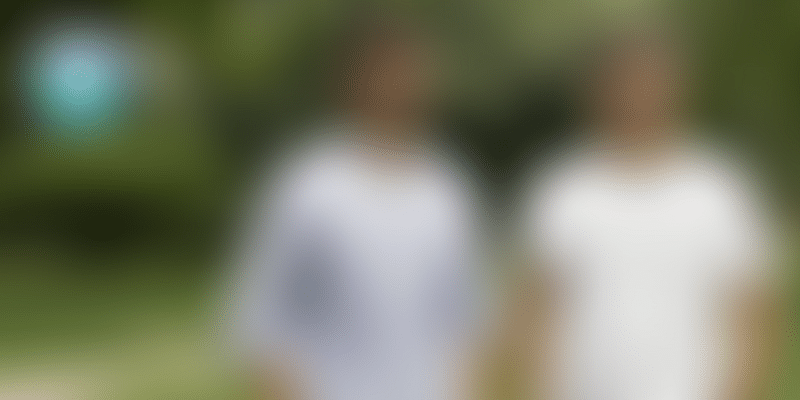 A product roadmap clarifies the why, what, and how behind what a tech startup is building. This week, we feature BharatPe, the Delhi-based fintech startup that aims to power 50 million Indian SMEs.

After demonetisation came into effect in November 2016, digital payments in India saw an immediate surge. And this was further propelled by the United Payments Interface (UPI).

While big fintech players like PhonePe, Paytm, Google Pay, and BHIM power forwarded the digital payment movement, Delhi-based BharatPe has been looking to change the way SMEs view payments in the country.

“We started interoperable UPI QR for payments acceptance across channels where merchants can accept digital payments in a fast and secure manner, with zero cost. Over the last couple of years, we have expanded our product offerings. Last year, we launched lending, which has emerged as one of our key business verticals.”

BharatPe has also integrated technology across the entire process - from loan requisition, KYC, and risk calculation, to loan disbursement. It also offers products to address other financial needs of merchants like insurance and bill payments.

“While we have diversified across new verticals, payments are still the core of what we do, and other products have been built on top of payments to provide greater value to our merchants. For example, we use payments information to assess lending risk, and merchants can also pay back loans from their payment collections,” explains Vijay.

As of August 2020, the startup claims to have reached more than four million businesses with its QR codes. In August 2018 BharatPe had 203,119 merchants, as of now it has 5 million merchants on the platform.

BharatPe’s first product was a QR sticker. Bhavik Koladiya, Group Head - Product and Technology, says, when the team first built the BharatPe app, there were neither any investors nor engineers.

“We were only five guys working out of college dorm rooms and only one of us really knew how to code. None of us had ever built a platform, put aside a payment API,” says Bhavik.

The team used tools like IFTTT, Google Sheets, and Twilio, and relied heavily on the BHIM app for the payments. Only after they started out and onboarded 100 merchants, they started to believe the product will work, Bhavik says.

“We went to a small college in Bhavnagar, Gujarat, and hired four interns. Within a month, we had our own UPI payment processing module up and running. The first version just created a QR code and sent out push notifications every time a payment was received.”

For the first year and a half, the startup shipped new features and updates almost on an everyday basis and got feedback from merchants on an ongoing basis. The team also upgraded the app to offer merchants a simple and seamless experience.

Starting with a simple app

The team initially started with a simple hybrid app built on top of PhoneGap-iOnic and php. As they started adding more features and started scaling, they switched to React and Java.

“We have always built for scale while keeping things agile. Due to that, the feedback to deployment cycle has come down to as low as one day. There used to be a time when we would get a feature request in the morning and we would ensure it is live by same day afternoon,” says Bhavik.

He says, the architecture should be simple enough so it can be scaled without overhauling the whole tech stack. “I am of the firm belief that if things are simple and agile, one can experiment things and provide a delightful experience to customers,” says Bhavik.

There were a lot of eureka moments. One of those was when they stripped anything down to the first principles, basically any product is responsive. He says the team has always built things as a service so that the code can be reused anywhere.

One of the early growth hacks that helped the team make inroads was the all-in one QR and instant settlement into bank account.

“The biggest growth hack from BharatPe has to be an interoperable QR concept (i.e ‘All-in-one’ QR). Earlier, all payment platforms used to promote their own apps and QR to accept payments,” explains Ankur Jain, Chief Product Officer, BharatPe.

However, BharatPe completely changed the UPI payments landscape in India by introducing a single QR code to accept payments from several payments.

Vijay explains, “Any product tends to become complex over time. And adding more value to a product often necessitates adding more complexity. That said, it is important to keep all the complexity hidden from the users of the product, and this is the biggest challenge that product and engineering teams face.”

“We started out with a single product and have evolved into a rich ecosystem of multiple products that interact with each other in myriad ways.”

However, managing complexity is a perpetual task, and there are two key aspects to it - code and people.

Vijay explains they use continuous refactoring of the code as a key tool to keep the product under control. They also reorganise their teams to better align with the overall business and streamline from time to time.

For example, in the initial days, when both product and engineering teams were small, everyone could work on almost everything. But as the systems became more complex and the teams grew, the team reorganised itself into smaller teams, with each team working on a particular product.

Bhavik explains the team had to let go of several legacy beliefs. However, as they were inexperienced and new, it was easy to adopt new technologies.

“For example, a lot of people advised us against using hybrid platforms like iOnic. But we kept at it for almost over a year, which helped us build an agile and scalable tech stack. Due to this, we had to rely on the backend for a lot of things like security and scale. In hindsight, it was one of the best calls we took,” explains Bhavik.

Bhavik says that in order to understand their merchants’ need, they built everything in-house, which helped the team understand what resonates with the merchants and what they really require.

“We strongly believe in building products in-house. This helps in understanding our user needs closely and we can quickly iterate on the product. As a result, we have been able to build products and technology to handle over 750 million transactions annually,” adds Ankur.

He further explains they use the principles of design thinking to build products. Ankur says the team always begins by keeping the customers at the core, and design products to solve their problems.

“QR and intent still excite us. During the journey, we had to build a lot of bridges ourselves between native and wrapper components. We had to build a system that adjusts itself adapting to the changes happening on the bank side,” says Bhavik.

The team processes roughly 60 million transactions every month, with 99.6 percent success rate. According to Vijay, what has really helped is the app is built on a hybrid architecture. Some core modules are built natively for Android and iOS, and then each individual product is built out as a web module embedded into the native app.

“We have written a custom bridge to facilitate rich communication between the native and the web modules. This gives us the best of both worlds. Native modules give us performance and the ability to use the latest device features, while web modules allow us to make quick iterations without having to wait for app releases. We are actually in the process of open sourcing our custom bridge, so that the larger community can benefit from it as well,” says Vijay.

Right now, everything seems to be going BharatPe’s way, mostly because of UPI. Its contactless mode of transaction is averaging 1.3 billion transactions a month.

BharatPe is also launching a closed-looped credit card, which will help a retailer buy goods from a distributor in one swipe. The distributor will receive money immediately from the NBFC while BharatPe, along with the said NBFC, can recover the money from the retailer over a period of three to four months.