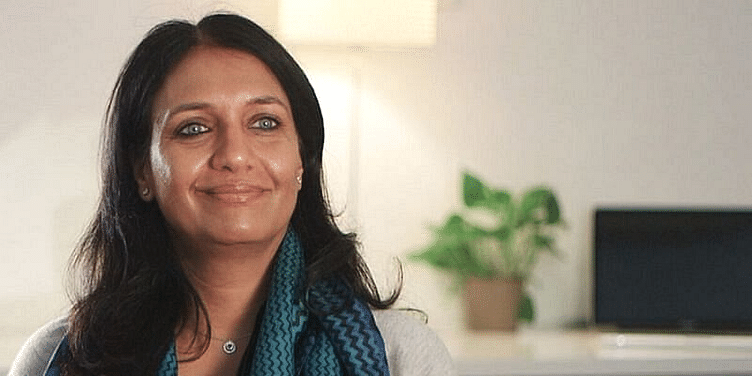 In this week’s 100x Entrepreneur Podcast, Shanti Mohan, Founder, LetsVenture, talks about connecting founders and investors through technology, catering to family offices, and angel investing as an asset class.

Shanti Mohan is a battle-scarred entrepreneur and angel investor with a passion to make a difference. She is presently the Founder and CEO of LetsVenture, a platform that connects startups and accredited investors.

After completing her electrical engineering from Birsa Institute of Technology Sindri in Jharkhand, she co-founded companies like Premium Logic Systems and Ionic Microsystems. Shanti also worked as a section and senior program manager at Hewlett Packard for a few years.

After gaining experience in the consumer internet, embedded technology, and enterprise development space, Shanti established LetsVenture in 2013. Since then, she has been enabling startups obtain seed/angel funds as well as mentorships from investors. Some of the startups that recently raised money through LetsVenture include ﻿Vastra App﻿, ﻿vernacular.ai﻿, ﻿Plop﻿, and Circle of Life.

In the recent episode of 100x Entrepreneur Podcast, a series featuring founders, venture capitalists, and angel investors, Shanti spoke to Siddharth Ahluwalia about her experience of witnessing over 260 funding rounds and serving as a marketplace for founders to raise funds.

Angel Tax: deciphering the notifications and the way forward

Starting off on a great note

In the year 2004, Shanti began fulfilling a product management role at HP, initially in India and later in the US. During the course of her stint in the tech company, she also grabbed the opportunity to work as part of the Personal Systems Group of HP and launched the HP App Store. This is when she got clued up about the nitty-gritties of demands of the marketplace and product-market fit.

When Shanti returned to India, she joined The Open Door Foundation, an NGO that provides access to food, education, and healthcare to the needy children, as a volunteer.

Raising money online through crowdfunding was still an emerging concept at the time. However, Shanti was keen on exploring its potential and wanted to build a platform to connect non-profits with donors. Later, incidentally, Shanti moved into the startup space.

“Having been a founder, I had a very large network of founders and entrepreneurs. Some of these friends used to ask me to connect them with investors. So, the seed to creating a platform to connect startups and investors was sown then. The idea behind LetsVenture was to put out a marketplace, which will create transparency, access, and make the process of discovery easy for founders and investors,” recalls Shanti.

Though Shanti believed in the idea, there were a lot of naysayers who thought that sharing sensitive information on a digital medium would not work. Just when Shanti was figuring out a way to tackle it, she met Sanjay Jha, an innovator and super geek who was proficient in developing software products and building strong tech teams. Sanjay also resonated with the same concept, and joined Shanti in her endeavour and the first beta of LetsVenture was launched in 2013.

Today, the platform not only offers the means for entrepreneurs and investors to communicate, but also helps startups with backend infrastructure for angel investing, garnering mentorship, and other legal as well as financial due diligence like closure of term sheet and shareholders agreement.

Initially, the cheque size of LetsVenture was around Rs 1.5 crore to two crores, and the minimum was kept at Rs 5 lakh. In the first three years of the platform’s establishment, the entrepreneurs were able to raise money through angel investors and also completed some series A rounds.

Many investors such as Anupam Mittal, Rajan Anandan, Ratan Tata, Mohandas Pai, Nandan Nilekani, and Sharad Sharma agreed to be a part of LetsVenture.

With a view to get to know the science behind how entrepreneurs think about investments, and how angel investors behave when they evaluate investments, Shanti decided to build algorithms that can capture user behaviour.

“We are a technology platform and have always been. In 2016, we observed there were several new investors interested in LetsVenture, and that was when we launched lead syndicates. Even now, around 50 percent of the investors are new and LetsVenture enables them to gain access and listen to many startup pitches in a hassle-free manner,” explains Shanti.

On the whole, LetsVenture not only caters to connect new investors with the founders, but also focuses on benefitting existing active investors who are already engaged in the ecosystem and have a good understanding of due diligence.

Angel investing is all about returns, profitability, and scale. Existing investors can help provide perspective to them. Enabling first-time investors to co-invest with lead investors forms the essence of LetsVenture’s second offering.

In 2017, the team realised that even family offices faced a similar challenge. It was characterised by high information asymmetry and lack of transparency. LetsVenture decided to resolve this too.

“We first built LV Titan, a platform specific to family office. A little later, we designed LetsVenture Plus to bring in growth stage and ESOP allocations to family offices. The fourth product aligns with our vision of digitising and organising private markets - a cap table and ESOP management tool for investors to manage their equity,” says Shanti.

From skimming through details about the founders and health of the startup, talking to them, conducting the due diligence, completing the DD and paperwork to ensuring full compliance with the regulatory framework – LetsVenture enables investors to transact and at the same time maximises the marketplace for entrepreneurs.

Investing in startups does not guarantee returns, whether it is a venture capitalist who is pooling in the funds or an angel investor. However, there are ways through which the profitability and success of a business can be measured. And LetsVenture facilitates this process.

“We have seen quite a few exits at LetsVenture. For instance, one of the companies which raised an angel round returned 7x to its investors in 10 months. Another company returned 3x after four years. Generally, the exit on angel investing is a five to eight year time cycle. But sometimes exits happen early. The partnership with investors in building the venture becomes an important element of building scale and thereby creating exit opportunities for investors,” notes Shanti.

So far, 64 out of the 260 LetsVenture companies are known to have stepped onto their next round. About 26 of them have got acquired or merged.

“The platform has a success rate of 90 percent, and the remaining 10 percent accounts for failed transactions where the money was committed, but the DD did not go through or certain red flags were spotted,” adds Shanti.

Since its inception, LetsVenture has received requests from 7,000 investors across 55 countries. The team filters and selects the ones to be onboarded based on multiple criteria like the credibility and creditworthiness of the investor.

On the other hand, it also curates information about the startup through a call with the founder, conducting business diligence and interacting with customers. Once this brings about satisfactory results, the startups are listed on the platform and placed under the trending section.

Indian investing as an asset class

Indian investing has matured a great deal over the years. Angel investing, exits, and secondaries are expected to dominate in the next decade.

A few years ago, people did not even know the meaning or essence of angel investing. Even LetsVenture used to organise workshops and masterclasses online to spread awareness about the asset class. But things are different now and the segment has gained maturity. Shanti reiterates this.

“If you are an HNI today, you have a slew of opportunities to invest in public markets and private markets. Keeping aside a small allocation and coming up with a plan to invest in private markets is being considered seriously by many. Besides, the quality of deal flow is great in the present times. In the last six months, we have done about 50 transactions on the platform, out of which 30 percent of them were growth stage companies,” says Shanti.