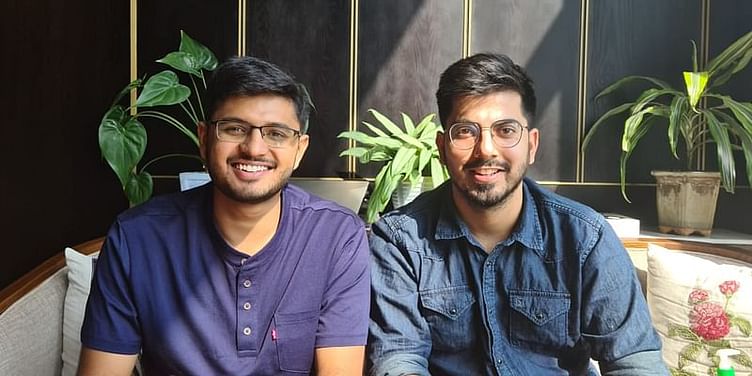 A YourStory Tech30 2020 startup, Statiq builds a network of car and bike chargers in partnership with property owners who install the stations.

Delhi-NCR is notorious for having a pollution problem and poor air quality index. Childhood friends Akshit Bansal and Raghav Arora decided to do something about the automobile emissions that contribute to the deteriorating air quality.

Driven by the idea that the proliferation of electric vehicles (EVs) in the city could play a major role in reducing pollution levels, they launched ﻿Statiq﻿, a smart public charging network, in October 2019.

Statiq builds a network of EV car chargers and bike chargers in partnership with property owners who install the stations. It then allows users to locate a nearby charging station through the Statiq app to charge their EVs.

Akshit and Raghav initially built and installed chargers by using their savings. Quickly releasing that doing so was unsustainable and not scalable, they raised $1.8 million in a seed round. They also joined Y Combinator’s S20 batch and were incubated with NASSCOM 10000 startups.

Akshit, who is an electrical engineer, says, “I quit my job at Deloitte in 2018 and wanted to do something beyond sitting in an office. I wanted to create an impact. At Statiq, we tried building EVs first but realised the real problem was a lack of charging infrastructure. So, we began building and installing chargers.”

Raghav, who used to work as a data scientist at Wipro, also left his job to join his childhood friend on the endeavour to connect EV owners to chargers.

Statiq follows an asset-light, marketplace-like business model for EV chargers. The startup ties up with property owners of corporate offices, residences, hotels, cinemas, and other locations where people tend to park their vehicles for a longer period. Statiq then installs EV chargers on these premises. The property owners are referred to as ‘charger hosts.’

“Anybody with property and parking can start an EV charging station with us. They can choose to install a Statiq charger or any other charger on the market. They have to pay the charger cost as well as the cost of installation. We help them install it and we add it to our network,” Akshit explains.

The Statiq chargers, which on average cost between Rs 40,000 and Rs 45,000, are paid for by the charger host. Some fast chargers can even cost up to Rs 2 lakh.

These installed chargers show up on the Statiq app and can be viewed by EV owners looking to charge their vehicles at a location near them.

The EV owners can then drive to a nearby charging station, but they face the risk of having to wait in a queue. To circumvent this issue, the Statiq app allows users to book charging sessions beforehand and pay for them prior to physically driving to a charging station.

He says that 80 percent of the charging session fee goes to the charger host, and Statiq takes the rest as commission. The startup also offers subscriptions to use the chargers.

Explaining how Statiq’s offering is an Internet of Things (IoT) product, Raghav says:

“Our software is a layer running above the hardware of the chargers. The app and chargers are connected online through the industrial standard Open Charge Point Protocol (OCPP). We also use AWS’ data services, Google Maps’ APIs, payment gateway integrations, ML APIs from IBM Watson and a lot more tech in our smart charging network.”

This technology is being patented in the US. As Statiq is a Y Combinator startup, its parent company is registered in the US, and it is in the process of filing a technology patent application there.

The e-mobility sector across the world is facing a classic chicken and egg problem, and Statiq’s smart charging network could be a potential solution. While innovation has been happening on the front of producing electric two/three/four wheeler automobiles, most nations, including India, are stuck on creating charging networks.

Statiq is solving this by incentivising property owners to set up charging stations on their premises and create a robust EV charging infrastructure.

The COVID-19 pandemic initially slowed Statiq’s growth as potential charger hosts were reluctant to set up charging stations. However, they quickly came around after seeing the positive effects of low pollution in cities that were locked down.

“There is a positive sentiment in the market and property owners are increasingly coming to us to get chargers installed. Now, we aim to boost our presence in Indian metros and also develop our infrastructure for EV charging on highways and long-distance routes,” says Akshit.