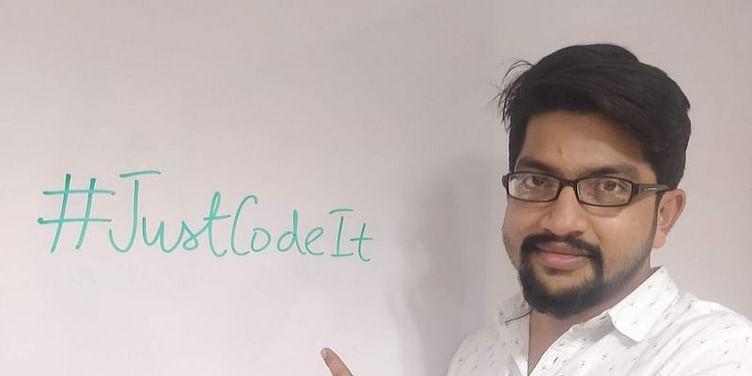 Yaoe, a YourStory Tech30 startup for 2020, is a cloud platform for provisioning and accessing desktop applications in the browser.

When brothers Ram Pasala and Lakshmana Pasala started Yaoe in March 2019 in Bengaluru, their aim was to build a developer’s cloud workspace with VS Code Cloud IDE.

“We had several requests for Android Studio, R Studio, and other development tools. We realised the problems we were trying to solve for a developer with abstracting their workspace to the cloud are faced by more or less every user using hardware intensive applications,” explains Lakshmana.

Lakshmana adds that designers working on Photoshop or Gimp, video editors with their video editing software, developers with their powerful IDEs, or even users with 50+ tabs open in Google Chrome face a similar problem – slowing down of the system.

“With this thesis, we looked at secondary data along with primary data from survey results from our several Reddit posts, some of which were trending within hours of us posting to understand and solve this problem.”

The team then started working on this product in May 2020.

The problem it solves

Lakshmana explains traditional RDP or VNC protocols are notorious when it comes to accessing the virtual application in the browser.

The team had to come up with a different alternative to bring a “desktop-like-experience” to the browser.

“The browser is very important and bringing anything to it, collaboration happens out-of-the-box. Browsers have come a long way and so have almost all hardware APIs support,” says Lakshmana.

He believes there is going to be a fundamental paradigm shift in the way software will be consumed and their intention is to replace the traditional “Download and Install” with the Yaoe cloud platform. Users can access all desktop applications from any browser or device.

Prior to Yaoe, Ram worked in companies like Ajio, JP Morgan, Technicolor, Thermofisher in various engineering roles. While Lakshmana has with small and mid-size startups like GiveIndia, Trapyz, and Turannt. He had also co-founded a social-commerce startup called Chutney and moved out of the company after it got incubated at Y Combinator, as he wanted to do something different. The 30-year-olds, wanted to venture into the tech space and thus Yaoe was born.

The platform runs applications in cloud-native environments, provisions the hardware resources (CPU, GPU, Memory, and Storage) on-demand, and then streams it back to the user. The user's Keyboard and Cursor are forwarded to the streaming server in real-time leading to the "perceived latency" to be very low.

“As long as users have a an internet connection of 5 Mbps they can use any of these apps seamlessly, even the ones with GPU intensive workloads. Users can also collaborate with others using our platform and even hand over the controls to their applications,” says Lakshmana.

According to a Markets and Markets report the workplace market size is poised to grow from $13.4 billion in 2018 to $35.7 billion by 2023, at a Compound Annual Growth Rate (CAGR) of 21.7 percent during the forecast period. Some of the startups in the cloud space are Aiven, Cockroach Labs, and GitLab, to name a few.

“The browser-first, elastic, and collaborative nature of our workspaces allows us to give our users access to these applications faster and cheaper than ever before,” explains Lakshmana.

The elastic nature of the workspaces allows users to upgrade or downgrade their configuration at any time in seconds with all their data being persisted(not clear) always.

“We are planning to have public beta out in the next four to six weeks with applications like Android Studio, VS Code, IntelliJ as a few dev tools, Chrome browser, and a few design tools as well. Currently, we support Linux applications but plan to support all Windows applications by early next year.”