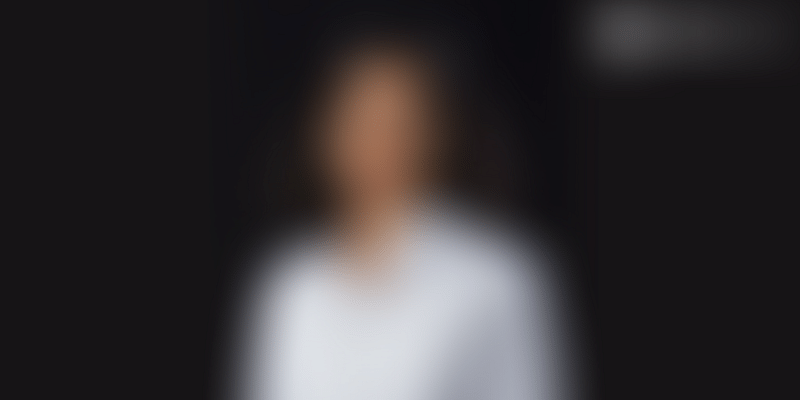 This Techie Tuesday, we talk to Kappu Jaykumar, Senior Director – IT at Lowe’s India, who leads the product and engineering teams to provide a seamless experience for the customer. She had previously led teams at Microsoft, Amazon, and Walmart.

A little more than a year into her role as Senior Director – IT at Lowe’s India, Kappu Jaykumar has already spearheaded a number of firsts for the Fortune 50 home improvement company.

With over 25 years of experience in technology and product management domains, Kappu joined Lowe’s India to build the Digital Post Purchase experience, which was almost non-existent at the company a year ago.

As a specialist in product building and management across different industries and multinationals like Microsoft, Amazon, Walmart India, and Tesco, Kappu has a deep understanding of the product and ecommerce realms very well.

Leading the engineering and product teams at Lowe’s, Kappu’s core focus is the importance of the post-purchase experience for customers. From the time of placing an order until any returns or exchange are made or warranty claim, the flow, she says, has to be both seamless and frictionless.

“I am part of the digital organisation at Lowe’s that oversees the life of a product right after the customer has paid for the purchase, to its acquisition and after. It's customer retention strategy at its best — including real-time tracking, installations, returns/cancellations, extended warranty plans, claims — that helps a customer with every need,” she explains.

Kappu understands customer retention is six times cheaper than acquisition because retaining a customer is a lot easier.

“Returning customers are 60 percent likely to get convinced about the products and the seamless experience will help them navigate the process easily,” she adds.

In just under a year, her team has built products that defining customer experience at Lowe’s. These include Subscriptions that “never existed at Lowe’s before” and several self-service capabilities, including filing warranty claims and online returns system, allowing for real-time tracking.

Taking advantage of the software boom

Kappu was fortunate to be in the right place at the right time – when India was at the cusp of a software boom in the late-90s. An industrial engineering graduate from Anna University, (now College of Engineering, Guindy), she also holds an MTech in Industrial Management from IIT-Madras.

Growing up in Mylapore (then Madras), she was surrounded by science books as her father was an avid enthusiast and DIY expert. The choice, at the time, was between medicine and engineering.

As a “numbers person”, Kappu chose industrial engineering for its combination of core science and behavioural science, which she found fascinating.

Soon after graduating from IIT-Madras, in 1996, Kappu joined Ramco Systems to work on its ERP system Marshall, and on backend development using Microsoft Technologies. The role offered a fascinating mix of product management and engineering, one that would hold in good stead as she climbed up the ladder.

“It was an interesting three years, and we only had internet in the manager’s office. As a newbie, I remember being allocated a 600MB hard drive and a senior, who was given a 300MB hard drive, and he was miffed,” she recalls.

The shift from industrial engineering to IT was a conscious choice to take advantage of India’s significant role as a service provider for software companies. Kappu had already started coding at Ramco, updating her skills, and after three years, it was natural for her to shift to the US and join Microsoft in Seattle.

Kappu recalls, “Joining as a Quality Assurance engineer for the Jet Database Engine that powered MS Access, my team went on to develop the SQL Server for CE.”

“From thick, fat phones, Microsoft developed handheld smart devices. It was a completely different world, work culture, and I met some of the smartest people and sharpest minds. The role taught me that to understand complex problems, you have to break the system down into different layers and understand what each one does,” she adds.

At Microsoft, where she worked for seven years, Kappu was also part of the Windows Sharepoint Services team, learning to build shared servers and libraries that applications can leverage.

In 2006, she moved to Amazon, going from engineering to a product management role to lead the international strategy and roll out Fulfillment by Amazon in the UK, Germany, and France.

“This was a technical product and management role that helped me work with customers closely, whose livelihoods were built by selling on Amazon. I learned how to serve customers, and be empathetic and understanding of their needs,” she says.

Her other important role in Amazon was leading the worldwide beta program for Kindle, which Kappu calls an “exciting and high visible programme”.

“I was fortunate to be part of Jeff Bezos’ vision to develop a product that brought about a marriage of technology and publishing. After I joined, we worked on the second and third visions of the Kindle, and the Kindle Development Kit apart, from working on its Android and iOS versions,” she says.

She also recollects how the whole release was very discreet and she couldn’t even remove the device out of her backpack while she was at home, and would have to sneak it into the bathroom to test it.

In 2011, she moved back to Coimbatore, India, with her husband with the aim of giving back to society. She started engaging in volunteering activities with Isha Insight, a business leadership intensive programme, conducted by Isha Leadership Academy.

Along the way, the couple also volunteered with government schools and NGOs, and worked closely with students, prepping them for the board exams. An experience she says, she enjoyed immensely.

After two years, itching to get back to the corporate world, Kappu moved to Bengaluru to join Tesco to lead its Engineering and Technology teams.

Kappu believes each product she has worked on has taught her something important. “SQL Server was all about core software engineering. At Amazon, I learnt all about customer empathy and how the merchant is an important customer as well. With Kindle, I got the visibility I had only dreamed of; and at Walmart, I built an efficient supplier management system,” she says.

Get rid of the working woman guilt

Over the years, many women have ventured into STEM but the challenges remain. What has been her experience?

“I believe women should not be guilty of having a career. When I joined Microsoft, my onboarding folder said, ‘Where do you want to go today?’ I believe, irrespective of gender, the onus is on us to move forward, and seek a support system and be persistent in what you do,” says Kappu.

According to her, one needs to have the same passion throughout one’s career. “I have been the only woman in many teams. There is no gender distinction in the software industry. You just have to be comfortable with what you are doing and have no mental barriers,” she adds.

Interestingly, Kappu finds a lot of happiness in Bharatanatyam, that she took up when she was around six years old. Not only has she never stopped practising and performing, but she also taught the dance form while she was in Seattle.

“My parents believe that one has to grow holistically to understand how the world operates and functions. Dancing has moulded me – it’s not just creative, it’s also science, and I am thankful I never missed a dance class while growing up. It has taught me focus, memory skills, and the power of concentration,” she says.

During the lockdown, she continues learning Bharatanatyam online, and also something new each day.

“Once you stop learning, you start becoming complacent about things. I am now in retail, where things keep changing and customers keep evolving and I have to be on my toes, thinking how best can create a better experience for my customer,” she says.