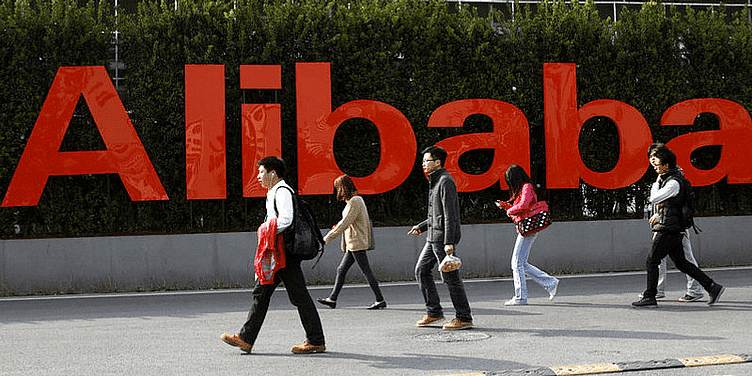 In his book Extreme Teams: Why Pixar, Netflix, Airbnb, and other Cutting-Edge Companies Succeed Where Most Fail, author Robert Bruce Shaw explains how Alibaba was able to become one of the largest tech giants in the world.

When Jack Ma co-founded Alibaba over two decades ago, he enlisted over 17 of his friends to work towards becoming the biggest Chinese ecommerce marketplace and expand globally.

In its early years, the company focussed on promoting B2B transactions between Chinese manufacturers and international buyers. The idea was to help SMBs in China to get access to global markets. However, this made Alibaba a direct competitor with ecommerce behemoth, eBay.

What Jack Ma did was focus on his strengths. He didn’t launch a massive company-wide effort to develop a website, but he selected six people to work on a project - to develop an internet auction site that met the needs and preferences of the Chinese consumers.

In the book Extreme Teams: Why Pixar, Netflix, AirBnB, and Other Cutting-Edge Companies Succeed Where Most Fail, author Robert Bruce says, they were then ‘quarantined,’ working, and often living in the apartment in Hangzhou, where Alibaba was started just a few years earlier.

Jack Ma liked the idea of his small team going to battle it out with eBay — framing it as David versus Goliath.

After investing $250 million in China operations, eBay finally decided to pull out of the country. Soon, Alibaba started getting a lot of attention in China as the company had defeated a Silicon Valley giant that was stronger and mightier.

Alibaba then expanded to several other businesses like Alipay, which was providing PayPal like financial services, and AliCloud, which provided Amazon-like cloud computing services.

It also expanded into different geographies. As Robert explains in the book, the extraordinary success of the ecommerce giant couldn’t have been possible without several operational and strategic wins.

Today, Alibaba has transformed itself from being a traditional ecommerce company to a multinational technology company specialising in ecommerce, retail, internet, and technology.

In the book, the author says the Chinese government supported Alibaba’s growth by giving it exclusive rights in areas such as Alipay (which allowed the company to offer financial services that were critical in building customer trust and loyalty).

Apart from that, the company also took advantage of eBay as the Valley-based company had a short-term focus as it was a public company, and faced pressure to justify its massive investment in the Chinese market.

eBay was also looking to replicate its strategies in the US into the Chinese market. The ecommerce giant wanted its Chinese operations to use the same tech platform and legacy as its US counterpart.

“Once that change occurred, it was reported that it took nine weeks to change even one word on the Chinese eBay website due to the resulting bureaucracy. Alibaba would make such changes in just hours, which allowed it to more effectively respond to changing customer and market conditions,” says Robert.

Another factor that worked in Alibaba’s favour was hiring the right talent. It only sought out those who had an entrepreneurial streak and never give up attitude on doing what they believed was right.

“The company, like many startups, looked for those who were similar in temperament to its founding members. Jack Ma believes such people are valuable because they had to struggle for their success in life — they have a few nicks and scars. He hired people who were one or two levels below the best students in their universities. He thinks those at the top of their classes would not have the resilience needed to withstand the setbacks that come with operating in a tough marketplace like China, where failure is common,” says Robert.

The author says Jack also believes that people with impressive resumes often have problems bonding with others because they feel superior, given their success. As a result, they often fail to work in a collaborative manner with their colleagues, which comprises the spirit of teamwork within the company.

Jack Ma says that a good team, one with a clear focus and operating as a cohesive family, can defeat a competitor 10 times its size.

One of the defining traits for Jack Ma has been passion. He always operated with a high level of enthusiasm and resolve, and he expected the same from his team members.

And the result was a demanding work environment where people worked for long hours passionately. In particular, Alibaba encouraged intense debate among colleagues, viewing conflict as inevitable and productive.

“Its leaders have no problem if shouting matches break out during company meetings. In fact, Alibaba views combative behaviour, what it calls quarrelling, among team members as a sign that they want to “excel from the bottom of their heart” and achieve “critical execution.”

An insider who worked for Alibaba writes about its culture and says, “Alibaba is not a group of civilised gentlemen, or men who nicely play by the rules. They are reckless with ambition, they are radical and aggressive. Everyone walks out of a meeting room beet-red from shouting, that’s how we held meetings - with our voices raised. It’s very intense.”

This doesn’t mean that anything is accepted at Alibaba — people can’t attack others on a personal level. But they are expected to aggressively attack their ideas if there is a better idea.

Most corporations would view intense conflicts in meetings as a sign of trouble. It is generally believed that conflict inhibits people’s ability to develop a solution that everyone can support and execute effectively.

“Conflicts are addressed through one-on-one discussions outside of the team meetings or through lobbying efforts to the team’s leader (who then weighs competing arguments and makes a decision for the group). While this approach is sometimes appropriate, it becomes dysfunctional when conflicts can’t be openly discussed and resolved in a team setting. In cutting-edge groups, a good meeting is one where a healthy fight results in a healthy outcome.”

But clearly not for Alibaba. Jack Ma believes that most large companies stumble because they develop what he calls a “little white rabbit” culture. In these firms, people get along well but don’t challenge each other. As a result, performance suffers and the firm slowly declines.