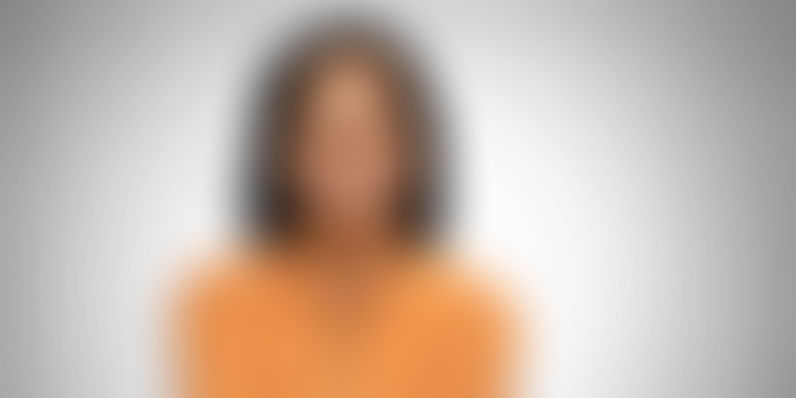 In a conversation with YourStory, Anu Hariharan, Partner at Y Combinator’s YC Continuity Fund, talks about what startups need to keep in mind while pitching to investors.

For close to a decade now, Anu Hariharan has been part of several company’s growth journey. An MS in Electrical Engineering from Virginia Tech and an MBA from The Wharton School, she is currently a Partner at Y Combinator’s Continuity Fund.

Prior to this, she was a senior software engineer at Qualcomm, and was a Principal at BCG's Private Equity Practice. Anu has also been an investment partner at Andreesen Horowitz, where she worked with companies like Instacart, Airbnb, Medium, Udacity, and OfferUp.

She has also worked closely with Razorpay, the new unicorn, and also Facebook-backed Meesho.

In a conversation with YourStory, Anu talks about what startups need to keep in mind while pitching to investors and what they need to focus on with different stages of their company.

YourStory (YS): Tell us about YC Continuity Fund and how is it different from Y Combinator?

Anu Hariharan (AH): Close to six years ago, we realised that while we were helping the early stage startups focus on building product-market fit and learning from their MVP journey, there was little help for the mid growth stage companies.

As company building is a long process and takes a minimum of 11 years to reach an IPO, it led to the birth of YC Continuity Fund.

We invest in growth-stage companies, and we write $30 million to $100 million cheques for Series B and above rounds. We have done about 24 investments as of now at various stages. We also run a growth programme for companies reaching 50 to 100 employees, and conduct an eight-week programme on how to scale as a CEO.

The first phase of a startup is all about building on the product and creating a demand. But the next stage is on building an executive team, onboarding them, etc. We take close to 15 CEOs per batch and the programme is run for over eight weeks. The idea is to get the best founders to be able to build enduring companies.

YS: What do you look for in startups and the founders?

AH: I often say, you should take YC as the university for startups. It is about building a great community of founders and learning from each other.

We invest in different startups, and have given them their first cheques - they can be college dropouts or fresh out of college with just an idea.

We look for you as a startup founder, what unique insights you have about the problem you are working on, and why you are so committed about running a company. And that is what we look for even in the application. Why are you solving this problem? Did you have this problem? And what is the uniqueness you have that others don’t because of which you are going to be able to solve it better than others.

YS: What are the factors founders need to keep in mind while pitching to you?

AH: There are three things I believe to be important for all founders. They are:

Clarity of thought - How good is your clarity of thought of how big this company can be? For example, Brex’s founders are building corporate credit cards for startups, and now it has expanded to other verticals and segments.

When they were going through the accelerator programme, they were freshmen at Stanford, and by the time they were in the second or third year, they were doing an accounting class at Stanford. They took the class to understand more about how big the market can really be.

Four weeks into the course, and they took the accounting class to understand what it would take for Brex to at least be a billion dollar company. The underlying drivers they focussed on were how many startups do we need to sign up? What will their market share be? What is their willingness to pay?

When I asked them why they need to take a class, they said they were looking to quit Stanford and wanted to hire people, and there simply was a lot at stake. They explained they needed to be sure that there is potential for this company to be at least a $1 billion company.

They had built Stripe for Brazil and sold the company, and knew a lot about Fintech, so they came up with the idea of Brex. After interviewing with YC founders, they realised in spite of landing a funding from YC, none of them could get corporate credit cards, because they were young, and didn’t have a credit history.

They have crystal clear clarity on what they need to do and what they can do.

Ability to learn and scale: The average age of a YC founder is 27 or 29 years. More often than not, they have managed a sum total of 15 people. For many, it is their first job, they don’t have any experience in people leadership at all.

I often use the example of Razorpay founders (Harshil Mathur and Shashank Kumar). I have known them for close to four years now. They were one year out of IIT Roorkee when they joined YC, and today they’ve grown to be stellar leaders. I think their ability to learn is something founders can learn from.

Even when they were in Mountain View, they would spend time learning from their peers, scaled founders, and talking to other companies. What does it take for the PMF in first year? What do we need to be focussed on?

They said they were hiring engineering heads and wanted to see and understand what a successful head of engineering looks like. They worked on their interview process to figure out who they should hire.

Today, I can say they undoubtedly have one of the best teams in India. There are large companies in the Valley that look at Razorpay as an inspiration to build the best team.

That ability to learn as you scale as a leader and hire and build the right team is extremely important.

Grit and determination: While everyone always says you need to have this as a startup, it is not easy.

My partner Micheal Siegel says - if you are signing up to be a startup founder, you got to be ready to be punched in your face every single day. As you scale you just have more problems.

There may be one positive news in a string of negative things in a day. There are big blowbacks, fire to fight, it is a landmine every day. And here I take the example of the Groww team.

The four founders have a stellar background. They’ve worked in India for big startups, and they are great product people. When they were in Flipkart, everyone wanted to give them money, and several funds approached them.

When I asked them why they chose to come to YC, the team said when it launched in 2016, the market in India still wasn’t open for wealth management. The team said when they actually were willing to leave Flipkart and start up, very few believed in the idea of retail brokerage, and YC saw it differently and that is why they chose YC.

Meesho is another great example. First of all, it was a difficult idea to understand in YC. It isn’t common and could not be slotted in the fashion category either. It was a hot concept for international investors. But they stood out because of their belief and grit and we think they had a great technical team.

[YS Learn] Key learnings and lessons from Entrepreneur First, and what it looks for in founders

YS: What should founders keep in mind while pitching to investors?

AH: The advice would be different for different stages. But the common advice for all is make sure there is cash in the balance sheet and ensure there is enough runaway to build an enduring business - having 18 to 24 months of runway.

As a startup founder, you need to know only a few things - talk to your users at every stage. You have to talk to your users to build something they want, and do it as frugally as possible. Don’t get caught up in valuations as a milestone. Nobody goes to the Hall of Fame for multiple different rounds of funding.

It has become fashionable to look at multiple term sheets and pick out the best one. But I always say this, if you are renting out a house and are picking a roommate, you don’t pick them based on the best bid and most amount. You see if you can live with that person!

With an investor it is a 10-20 year old journey and it shocks me how little thought founders give to that.

In the early stages, it is all about product market fit - have you built something millions of users want? It is going to be uncomfortable if you have built it because it is growing like fire, and a lot of things in your product and tech are going to break. So focus on that in your early stages.

In the growth stage, you’ve hopefully found PMF. It is about putting systems in place to build a viable business model. You are a first time CEO, and so don’t have everyone else who is the first time in their seat. Sometimes founders fall into that trap of hiring a lot of first timers.

You have to work hard to find people who are good at leadership in these functions and scale these functions. In an alternate universe you possibly would’ve worked for them! That is the kind of talent you need to attract.