Apple's 'One More Thing' event to go live in a few hours. Here's what to expect 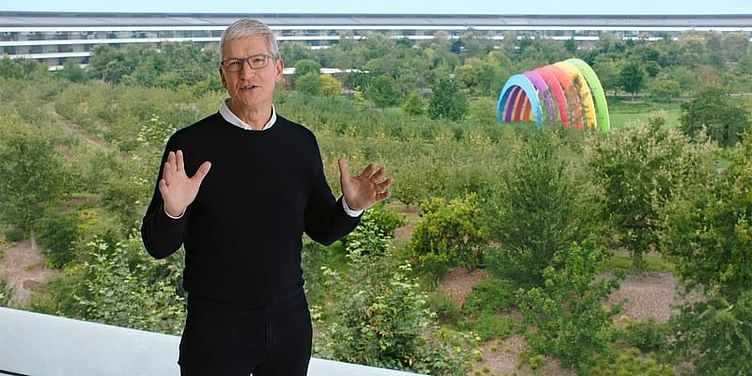 Apple's 'One More Thing' event is scheduled to take place at 10 am PST, and will stream in India at 11:30 pm tonight. It can be live-streamed on Apple's YouTube channel or the Apple TV app.

Apple is slated to hold its third virtual event for the year — ‘One More Thing' — in a few hours, where Apple CEO Tim Cook is expected to unveil the latest MacBook models based on the tech company's own ARM chipset.

The event — which will be held at Apple Park virtually — is scheduled to take place at 10 am PST, and will stream in India at 11:30 pm tonight. It can be live-streamed on Apple's YouTube channel or the Apple TV app.

The Cupertino-based tech company, however, has not shared any specific details of the offerings, except the tagline, “One More Thing.” Ahead of the event, Tim Cook also tweeted saying, 'one more sleep.'

In its annual developer conference WWDC 2020, the iPhone-maker had announced that it will move to use in-house chips based on its native ARM silicon in its MacBooks over Intel processors. This is huge for Apple as the development comes after 14 years.

According to media reports, Apple is boosting the production of MacBook Pro and MacBook Air. It is expected to reveal smaller versions of these two models at today's event.

The company is also expected to give more details on the Rosetta 2, which can automatically translate existing Intel apps, allowing developers to make their current iOS and iPadOS apps run natively on the Apple silicon-based Macs.

Apple fans speculate that this could be the last event by the iPhone maker for this season, hence the Big Sur — the latest macOS-update announcement — is also expected at the event. The new macOS brings a host of visual changes like iOS style icons, a translucent menu bar, a new dedicated control centre, and new startup sounds as well.

Besides, Apple is likely to show-off its other high-end products such as headphones, AirTags, and Apple TV, among others.