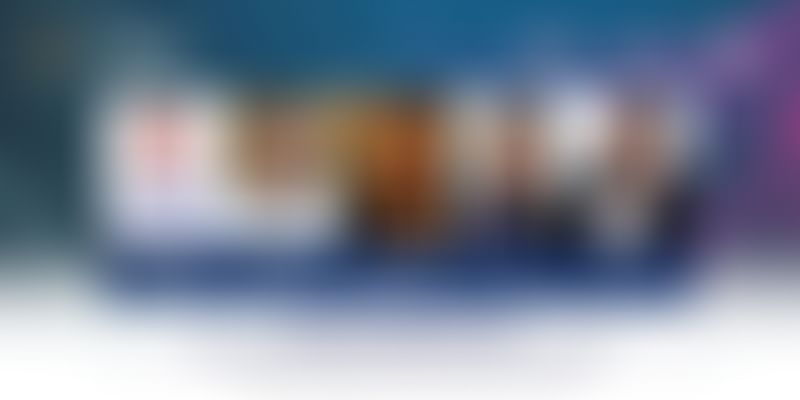 At Bengaluru Tech Summit 2020, panellists said global interest in Indian innovation was growing also because of the quality of startups coming out of India.

Over the years, the Bengaluru Tech Summit has played a key role in furthering Bengaluru’s position as one of the most sought-after tech destinations in the country. The roots of the event can be traced back to 1998 when Bengaluru became the first city in the country to host an IT event, followed by a Biotech event in the year 2001. These annual events finally merged in 2017 to become the Bengaluru Tech Summit as we know it today.

In its first-ever virtual edition, the event is hosting participants from more than 25 countries who will participate and attend several informative sessions, fireside chats and panel discussions on the issues that are impacting India and the world today.

In the context of a world where technology is the lifeline of every aspect of our lives, and with virtual borders blurring, cross-border collaboration and innovation is more significant than ever. The competitive advantage will go to firms that are able to out-innovate the competition. Companies will have to continually innovate, find new ways of doing what they do today to surge ahead. The importance of inter‐regional co‐operation will be the catalyst for development.

Collaboration to solve the world’s challenges

This was in focus on Day 3 of the Bengaluru Tech Summit 2020, during a fireside chat and panel discussion titled “A Global Perspective - Bridging Cross-Border Innovation Hubs”. The former was a discussion between Barrett Parkman, Director of Startup and VC Ecosystem, Samsung Catalyst Fund and Co-Managing Director, Extreme Tech Challenge (XTC), Dr Madanmohan Rao, Research Director, YourStory.

Addressing the need for greater collaboration and how XTC is bridging that gap, Barrett said, “Today, the challenges that we're facing as humanity are global in nature. The entrepreneurs who are setting out with innovative ideas to solve these challenges are global as well. However, resources are not evenly distributed So XTC serves to fill that gap by providing connections to investors, senior executives, and leading corporations, to help startups gain visibility, raise capital, get world class mentorship and position launch collaborations with large corporations."

He said that 2020 XTC finalists, whose names were announced in May this year, had already raised over $50 million since being selected and that much of the funding had come from XTC judges and partners alone. “And all this is in the midst of a pandemic. So it's very clear that cross-border knowledge and resource transfer is very crucial to enable startups to address global challenges globally.”

Barrett said that the nature of investing had also changed. “Venture capitalists often only invest within a short radius of their office, as they want to be able to fully support their founders. This made capital less available to those outside of those core tech centres. This further contributed to disparity in the availability of capital.”

He said that the pandemic and the increasing ubiquity of virtual meetings posed advantages and challenges. “Meeting a founder next door is not that different from meeting a founder on the other side of the planet. So I think this is challenging the traditional thinking of many VCs, I mean, no doubt, many VCs will continue their traditional thought, but at the same time, I think I see many VCs looking beyond their typical geographic focus,” he added.

The downside he felt was the difficulty in building virtual relationships. ”It's easy to work on a project together and have an initial meeting, but virtual meetings were not the best platform to build really close relationships.”

He added that programmes like XTC facilitated relationships that could give greater credibility to entrepreneurs, and helped build connections between startups and leading local and global investors and corporations.

The evolving face of Indian innovation

Smita, whose organisation is a leading provider of training data solutions for Artificial Intelligence and Machine Learning companies, with talent hired from rural India, said that while the pandemic had brought challenges, it also made us realise that the greatest problems that we have are actually best solved as a collective.

Madhurima said that global interest in Indian innovation was growing not only because of the number of startups, but also the quality of startups that we have seen coming out of India in the recent years. “Earlier, India was largely known for its B2C startups. Now there's a lot of stuff that's happening on the B2B side. In fact, of the 35 odd startups that have been part of our programme, most if not all, have gone on to global markets because they have a tech product.” She agreed that borders don't really mean anything in the digital world.

“There's so much focus on diversity, so why not cross-border diversity in the regions where these startups come from because it brings a different mindset, which ends up adding value for everyone,” she said.

Her opinion was echoed by Julian, who said that the world’s demand for India was growing. He said that since its inception three years ago, GINSEP has been working to strengthen economic ties between Germany and India.

“While Germany is known for its big corporations, the backbone of the German economy is the mittelstand (small and medium-sized enterprises) who are realising the importance of digitisation. This is where we will see Indian digital solutions from Indian startups play a bigger role. They are all over the world now. More Indian startups are coming over here, to either set up an office or even do business directly from India,” she explained.

Speaking about India’s key position on the global platform, Julian said, “When it comes to cross-border innovation, digital transformation has taken centre stage all across the world. It is no secret that you have fantastic talent in India and they are taking over worldwide.

Smita said that India's advantage was its ‘people capital’. “We work with some of the leading tech companies, and employ rural people, and are working towards empowering women and children. More educated people are coming out of rural areas, and they move to cities and search for jobs. When the world sends work to India, what they haven't really realised is they're actually sending work to people who come from Tier II and Tier III towns.”

She also said that with many people moving back home during the pandemic, it was not only the local economies that were benefitting, but there was a cultural shift that was happening with mindsets changing and greater opportunities for women to participate in the formal economy.

Julian said that he was excited about working beyond the big cities in India, and seeing software hubs emerge in smaller towns. “Unfortunately, many are not well funded, and I have seen entrepreneurs working out of their cars, and I have been really impressed. They need the facilities and the support of fantastic excelerators like NetApp to give them a helping hand and to support them.”

“India's strength lies in our software development hubs,” agreed Madhurima, adding, “I’ve seen global startups which have reached a certain maturity. They're all coming to India and opening their coding centres or R&D centres in India. Every other row house or villa you see is actually an office for a global startup that people are sitting in and coding.The talent is available. It's quality talent at a competitive cost, which makes a huge difference.”

Speaking about the way ahead, Smita said, “We have to focus on opportunity over outcomes. We have a real chance to be a leader in innovation. We've got exceptional research facilities, we've got great talent. This opportunity needs constant attention. It needs a policy framework and a culture that is open to global collaboration."