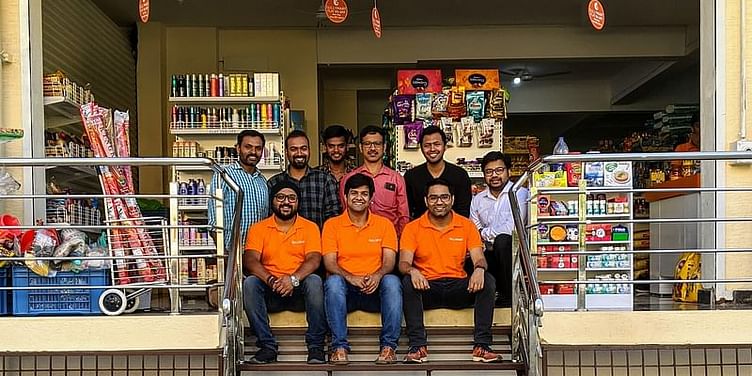 The startup plans to use the funding to open new income streams with scale and will strengthen its offering for retailers as well as end consumers.

Tech-enabled chain for small and medium grocery stores, Gully Network Retail has announced the closure of its pre-Series A of $1.2 million from ﻿Venture Catalysts﻿, Inflection Point Ventures, and DFAN. The startup earlier raised its seed round from ﻿Orios Venture Partners﻿, which participated in this round as well.

Started in 2019 by IIT Madras and IIM Ahmedabad alumni Ajay Nain and Prateek Chaturvedi, Gully Network provides a tech-enabled platform that takes care of the entire value chain for retailers and helps them generate additional income while modernising their store end to end.

The startup said in a statement that it plans to open new income streams with scale other than the primary grocery business and will strengthen its offering for retailers as well as end consumer.

"We see that despite using multiple platforms for online sales, POS, supply, and loan, retailers still struggle with manual and inefficient day-to-day operations. Non-exclusive B2B apps have not gained loyalty from retailers. We work exclusively with stores and tech-enable them in all possible ways. We double their net income and completely automate their operations. We have achieved our initial product-market fit and with this raise, we aim to scale to 100 stores."

Gully Network said that it is creating its niche in the $25 billion mid-sized store segment that has mostly been ignored amidst the e-grocery and Kirana war.

“A lot of incomplete tech players are available in the market which target small kirana shops. But the true potential of the mid-sized store market is still untapped. We believe that Gully Network’s tailored-made tech solution brings the best of mid-sized stores solving the ground level challenges.”

Gully Network builds asset-light and tech-enabled network of mid-size stores under the brand 'Gullymart', which according to Mitesh Shah, Co-founder, Inflection Point Ventures, is fast getting established as a trusted brand for retailers well in the retail market of Bengaluru.

"IPV, with its vast investor base of CXOs from diverse industries including FMCG and retail, will help Gully Network expand rapidly," he added.