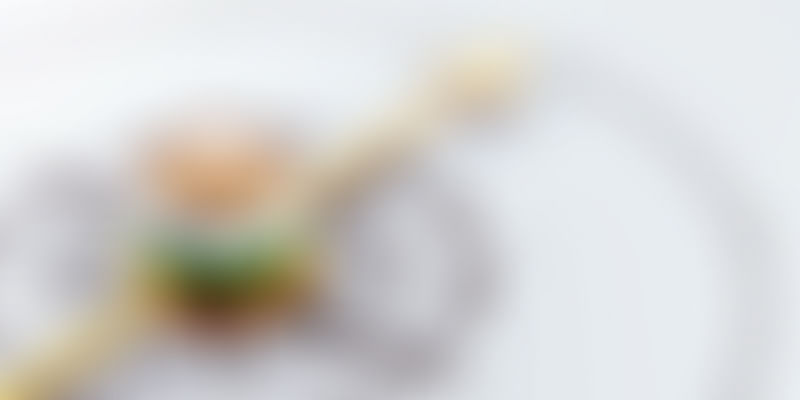 India is not only exporting talent, but is also exporting its startups to Southeast Asia via organic expansion, strategic investments, M&As, or joint-venture partnerships. We look at some of these startups, the factors driving this trend, and what it means for the regional tech ecosystem.

Everyone talks about a proxy tech war being played out by American and Chinese technology giants in Southeast Asia. This talk has picked up significantly since trade and geo-political tensions have escalated.

Today, however, we talk about another emerging influence in Southeast Asia – the quiet, steady, but surely increasing impact of Indian technology startups. India has been known as an exporter of tech talent globally since the 1980s, and we are now seeing it not only export talent, but also export its startups to Southeast Asia via organic expansion, strategic investments, mergers and acquisitions, or joint-venture partnerships.

In this post, we look at some examples of such startups, the factors driving this trend, and what it means for the regional technology ecosystem.

SoftBank-backed OYO and Ola were among the first of the better-known Indian startups to adopt an aggressive international expansion strategy. In recent times, we have seen other lesser-known but well-funded startups also move into Southeast Asia.

Facebook and Sequoia Capital-backed Meesho, a social commerce platform founded in India in 2015, launched in Indonesia in early 2020 and has quickly grown to become the most downloaded social commerce app in the country. Meesho’s rise has largely been unopposed competitively in social commerce as the sector is still in its relative infancy in Indonesia.

Ingka Investments (IKEA) and Jungle Ventures-backed Livspace, a home interiors and renovation platform founded in 2014 in Bengaluru, recently raised $90 million and announced its intention to further expand into Indonesia and Malaysia. It already operates in Singapore.

Pinelabs, backed by PayPal Ventures, Sequoia Capital, and Temasek has emerged as one of India’s foremost payment technology players, with big plans for Southeast Asia after closing an investment round in January 2020 from Mastercard. It made a strategic investment in Southeast-Asian fintech platform Fave in July 2020 to access its regional merchant base and loyalty solutions.

PingAn and Sequoia Capital-backed company CarDekho, India’s leading car retail platform has raised a total of $250 million since being founded in 2015. CarDekho expanded to Indonesia in 2016 via a joint venture with local media conglomerate Emtek Group and to the Philippines in 2019 after acquiring Carmudi from Rocket Internet. Its Indian competitor Droom already operates in Singapore and Malaysia and went into Thailand last year. They compete against each other while facing stiff challenge from home-grown players such as Carro, Carsome, and BMG.

In a unique move, fintech platforms ECAPS of India and Ayannah of Philippines, merged in June 2020 to form Ayannah Global, a pan-Asian open banking platform offering digital financial services to consumers and SMEs in India, Philippines, Indonesia, and Vietnam. There are several other examples of Indian startups expanding to Southeast Asia, establishing a base relatively quickly, and competing vigorously with local peers. Let us look at some of the factors driving this expansion strategy.

India and Southeast Asia collectively have around a 500 million strong burgeoning middle class with rising disposable incomes, mainly comprising a digitally-engaged young population – Millennials and Gen Z. In addition, some Southeast Asian countries like Indonesia share peculiar dynamics with India, for example, both markets are dominated by traditional and fragmented MSMEs, which contribute a significant portion to national GDP and are adopting digital solutions like never before.

Pinelabs was very successful in wrestling away market share from the big banks in India by providing low cost point-of-sale devices and innovative commerce solutions to retail SMEs. In Southeast Asia, we have seen the exponential rise of Moka (Indonesia) and NextPay (Vietnam), which have a similar value proposition for SMEs. However, with a strategic investment in Fave, Pinelabs has positioned itself nicely to compete with regional or local players.

Consumer behaviour in the emerging markets of Southeast Asia and India often follows a similar path, which gives rise to similar business models evolving in parallel.

One such trend is the rise of social commerce witnessed by the entrance of Meesho in Indonesia (on the back of increasing purchasing activity on social platforms and consolidation of micro-entrepreneurs (resellers) on the supply side). Meesho entered Indonesia when local competitors were just getting started and the market was still not organised. It applied its learnings from India, and with a tested technology stack, was able to quickly scale up and establish a market-leading position to serve the third largest consumer economy in the world .

Venture capital funds such as Sequoia Capital India and Jungle Ventures have both India and Southeast Asia mandates. So, it is no surprise that a lot of the Indian startups moving into Southeast Asia are backed by them (or similar) venture funds. This makes market entry much easier for Indian tech companies given their investors’ Southeast Asian market knowledge, expertise, and networks.

For example, Meesho, Pinelabs, and CarDekho are backed by Sequoia Capital India and Livspace is backed by Jungle Ventures.

We know India and Southeast Asia are a major priority for American and Chinese technology giants, who are consistently the biggest foreign investors in both markets. We think this is one of the contributing factors for some Indian startups moving into Southeast Asia.

The push from large strategic shareholders is enabling them to capture sector market share in Southeast Asia via proxy through the Indian startup community.

Instead of investing directly in smaller start-ups in Southeast Asia, encouraging larger Indian startups in their portfolio to expand is a strategy for reducing risk and accelerating market share (with clear cost synergies and value creation).

By way of proof, CarDekho is backed by PingAn’s Global Voyager Fund, Facebook is behind Meesho, and Pinelabs is backed by PayPal and Mastercard.

Singapore as a launchpad into Southeast Asia

Quite simply, we do not think it would be easy for an Indian startup (or any other startup for that matter) to be successful in Southeast Asia if Singapore did not offer what it does.

The Indian startups that move into Southeast Asia are often headquartered in Singapore, which serves as an ideal launchpad into the region.

These startups have instant access to top quality talent, low tax rates, friendly treaties with the rest of the Southeast Asian nations, world-class professional services, a supportive regulatory framework and new pools of investment capital. It also helps that Singapore has a strong Indian diaspora of working professionals.

We believe this is a long-term theme - and expect to see waves of start-ups from India move into Southeast Asia in years to come. This development is great for the overall technology ecosystem, bringing with it several major impacts:

In an era of increasing geopolitical tensions, India provides a viable alternative entry strategy into Southeast Asia. Increasingly, this is looking like a winning strategy.