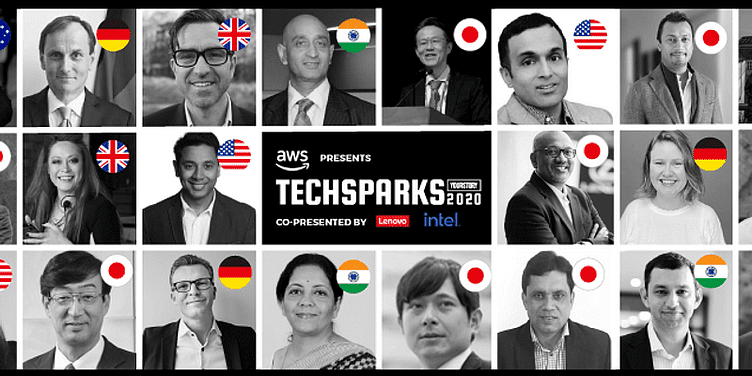 At TechSparks 2020, top Indo-Japanese trade officials discussed how India and Japan can benefit each other — through startups, innovations, and collaborations.

JETRO is a Japanese government organisation that promotes trade and investment between Japan and other countries, and supports the creation of global and innovative Japanese companies. A large focus of this has been on collaboration with Indian startups and companies.

According to Suzuki, partnering with India could form a crucial component of Japan’s “China +1” business strategy, wherein Japan would avoid only investing in China and would diversify into other countries. Whereas the earlier stages of this strategy were motivated by workforce-related concerns, in the post-COVID-19 era, it has shifted to an emphasis on digital capabilities and innovative business models.

“I am hesitant to say this but Japan is not the best country for its digital utilisation,” admitted Suzuki, “Telemedicine is available in only one percent of Japanese hospitals, the penetration rate of cashless payment is just 20 percent, and the ecommerce market is just 10 percent. There is only a small number of players in delivery services or sharing businesses.”

He added that he believed India is the “only missing piece for Japan’s digital transformation, innovative creation and business globalisation”.

A collaboration with Indian startups would help solve such problems and complement Japan’s economy. In fact, Indian startups like InMobi, Paytm, and OYO are already active in Japan.

At the same time, opportunities are not to be limited to one market or a particular sector. Japanese startups can play a big role in Indian markets as well.

Among others, three Japanese startups that attended TechSparks last year — Sagri Bengaluru, Amegumi India, and Vooth Technologies — have set up offices in Bengaluru with the help of JETRO to pursue opportunities in the Indian market as well.

They are innovating in the fields of agritech, smartphone software solutions, and AR/VR technology development, respectively, and demonstrate how acting on principles of collaboration can aid both nations.

Following talks between Indian Prime Minister Narendra Modi and the then Japanese Prime Minister Shinzo Abe in 2017, JETRO established the Japan-India startup hub in 2018, under the Director Yutaka Endow.

Under the programmes conducted by this hub, JETRO has invited several Indian startups to CEATEC, the largest IT/IoT exhibition in Japan, and healthcare startups to the government-organised convention and pitch contest ‘Well Aging Society Summit- Japan’.

Indian startup Niramai Health Analytix has received $6 million as a Series A investment by Dream Incubator and Bennett, while the Indian Centre for Cellular and Molecular Platforms (C-CAMP) and Japanese investment service, Beyond Next Ventures have partnered and intend to create an “innovation hub”, facilitating Japanese investment of $5 million into biotech and life sciences Indian startups.

Noriyoshi Fukuoka, Director of the Southeast Asia Office of Ministry of Economy, Trade and Industry (METI), Japan, also highlighted the increasing importance of digital technology in a post-COVID-19 world.

Because of the pandemic, digital technologies are serving various social, economic, and governance-related activities. As such, many countries now find themselves in a position where they must rapidly embrace emerging technological trends. And, cooperation between different nations would only make this process easier.

Accelerating the use of digital technologies was highlighted at the G20 Digital Economy Ministers Meeting in July 2020. Instances of this already abound, as exemplified with the rise of online meetings in business, said Fukuoka. Along with this comes an increase in international data distribution while ensuring the trust of consumers and businesses.

These new technologies and business models call for increased digital collaborations between countries. According to Fukuoka, such cooperation with India is extremely important for Japan’s IT and electronics industries.

The Japan-India Fund was set up in November 2019 to accelerate complimentary business collaboration between Indian startups and Japanese companies. “I believe the fund will enable us to build many relationships between Japanese companies and Indian startups,” added Fukuoka, noting that in fostering such relationships, Japan and India can confidently be said to be leading Asia’s digital transformation.