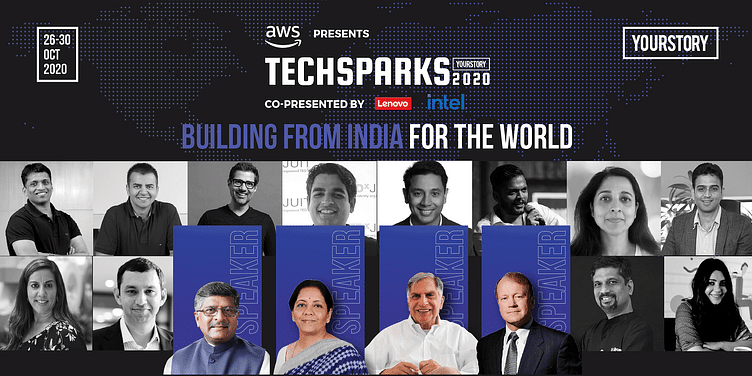 The COVID-19 pandemic might have frozen new job creation for now, but key speakers at TechSparks 2020 were very optimistic that they will be in forefront of employment generation for the future.

One of the biggest impacts of the COVID-19 pandemic has been on the jobs front where many people have been laid off due to a sudden halt to their businesses. Though there seem to be no signs of any turnaround as of now, the future is certainly optimistic.

The Indian startup ecosystem has had a similar impact but not as severe as sectors such as hospitality and tourism – and this segment could actually generate millions of new jobs according to policymakers, venture capitalists, startup founders, and entrepreneurs, who had gathered in large numbers at TechSparks 2020.

Speakers at TechSparks 2020 — which brought together the key stakeholders of the startup ecosystem — were very confident about how the confluence of technology, entrepreneurial mindset, and a youthful population will create new vistas of employment.

John Chambers, the former Chairman and CEO of Cisco and now running an investment firm JC2 Ventures for startups, is creating a blueprint where he hopes that it will enable 1.2 million new jobs in India every month.

"It's a mind-boggling number — 1.2 million new jobs per month, but I think it is very doable," he said during a conversation at one of the sessions at TechSparks 2020.

According to the Department for Promotion of Industry and Internal Trade (DPIIT), startups in India have created over 560,000 jobs till now – both direct and indirect employment. The direct jobs created by startups is estimated at 187,004, which has led to indirect employment opportunity for three lakh more people.

Union Commerce and Industry Minister Piyush Goyal had told the Parliament that 2,85,890 jobs were reported by 23,657 DPIIT recognised startups as on December 4, 2019. Of these, the highest— 52,847 —were reported by Maharashtra, followed by Karnataka.

The government has also recognised the importance of startups and the critical role they can play in the years to come. The Startup India mission was kickstarted in 2016, and was followed up by numerous initiatives. It also recognises that such significant changes are likely to come through due to the advent of technologies such as artificial intelligence.

At TechSparks 2020, Union IT and Communication Minister Ravi Shankar Prasad drove home the point on the size and potential of the country.

“India is a huge country, with a population of 1.3 billion-plus people who have great innovation and enterprise, and are hardworking. And we have the great dividend of demography – young people,” he said.

This is the potential that the startups have been looking to capture through innovative ideas, products, and practices. It is not just Indian startups that are attracted to this potential but also foreign technology companies that are also keen to have a piece of the pie.

As Union Minister Ravi Shankar Prasad said, "Let us not forget, India's digital story is now globally talked about; our IT professionals are being globally appreciated. India has become the third-biggest startup movement in the world in the last five years.”

Amidst this drive towards job creation, there is also a keen focus on the MSME segment – which is also one of the key employment generators in the country. Finance Minister Nirmala Sitharaman highlighted this point during her keynote speech at TechSparks 2020 as she was closely monitoring their progress.

"I kept giving data to private and public sector banks, which are reaching out to MSMEs. In this, banks will not be the choosers. They will blanket call all customers, send them SMSs; the right to refusal for this will be with customers, and not with banks," she said.

The key participants at the event were of the view that over the last five years, the government has laid out the infrastructure network and policy framework to enable startups to grow and thrive.

There are many examples of how startups are expanding the scope of employment and also bringing in new segments. BYJU’S, the decacorn edtech startup, is one such example.

Founder Byju Raveendran said that BYJU’S, and the recently acquired coding learning platform WhiteHat Jr, has created over 20,000 job opportunities in the last six months. The edtech platforms have been on a hiring spree, onboarding more than 11,000 women, all of whom are working from home.

He said this is a great development, especially as the gender disparity in employment is skewed and does not favour women. “This is literally life-changing for most of these women. They are the unemployed and highly qualified women workforce,” Byju said.

Zerodha Co-founder and CEO Nithin Kamath went even a step further and said that the real way for India to become a superpower is with more entrepreneurs who create more employment.

The onset of COVID-19 pandemic also led to reverse migration, where scores of skilled professionals went back to their home towns that are largely located in semi-urban or rural areas.

Nithin felt that during these times, it is also important to create jobs across sectors like agriculture, which can employ people and create wealth in the economy.

Zoho Founder and CEO Sridhar Vembu is a big votary for creating businesses outside of the metros. He said the majority of the talent pool working in metro cities are generally not native to those cities; they come from small towns and rural areas.

“We have to build companies from the ground up – so rather than bringing people to the cities to build tech, we have to take the tech to them to help them build it up,” he remarked.

At the same time, the important value creation that the startups are bringing into the country is the increase in the number of founders. There have been companies like Flipkart and Paytm, who have spawned numerous startups with their employees, leaving them to start independent ventures.

Sridhar of Zoho said about the people within his company, “There are a 1,000 heroes and you will probably get to know them only when they start their own companies.”

However, there are a few stark realities that the country faces when it comes to employment generation. According to Annaya Sarthak, Co-founder of Awign, India has been fighting three demons — unemployment, underemployment, and lack of skills.

The three philosophies which can work here are:

“So, we believe that we cannot just stop by providing them options and training; we have to go the last mile, which is to get them to fulfil jobs on the ground,” said Annaya.

Today, it is the digital technology that is going to change the entire dynamic in the near future, and the startups are very much native to this platform. The endeavour is to come out with a solution, which will have a wide-scale impact.

As Finance Minister Nirmala Sitharaman noted, “Digital technology has transformed our lives. I want people to adopt technology — bring in tech wherever you want and wherever you can. Look at things from a completely new perspective. We want a new India — we are ready to facilitate.”