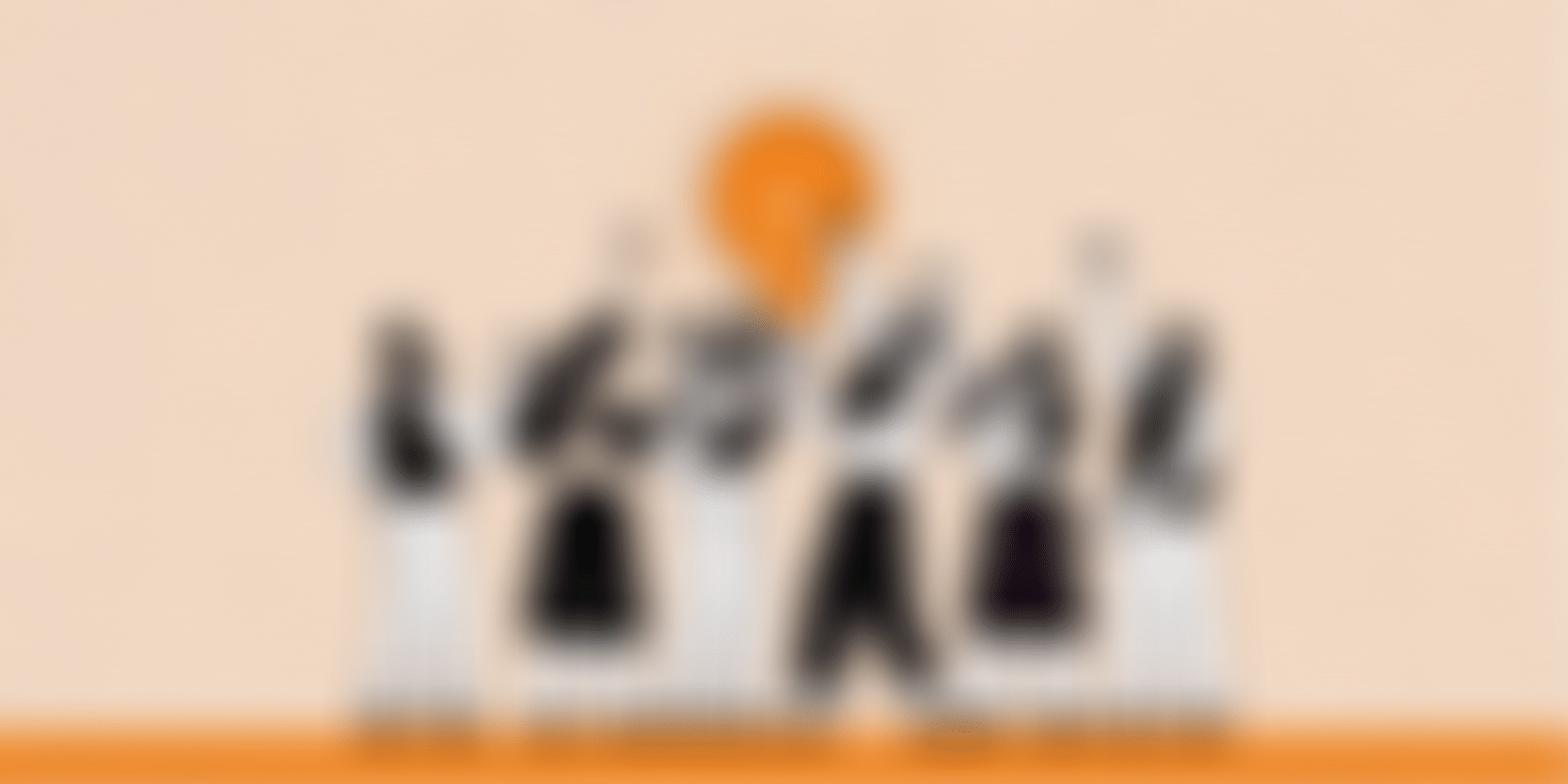 A Harvard Business Report – ‘The Power of Hidden Teams’, emphasises the importance of teams and co-teams at a workplace, and how they drive and create engagement.

One of the biggest challenges that the Human Resource departments in companies face is – how does one engage employees? Why are some employees motivated easily, while others show a lacklustre enthusiasm? What constitutes engagement?

To understand this better, authors Marcus Buckingham and Ashley Goodall conducted research, which they published in the Harvard Business Review (HBR). The duo has defined engagement as attitudes which, in turn, can be measured, and have a visible impact on a team’s performance.

The report adds, “We know that certain employee attitudes can help predict productive employee behaviours, and that companies, managers and individuals can take action to improve or change those attitudes. We also know that the attitudes seem to cluster around consistent themes, such as having a clear sense of purpose, a commonly held notion of what’s valuable or important, feelings of psychological safety, and confidence about the future.”

They added these clusters–when expressed through a team, individual or company–can be labelled as engagement. However, through their research across organisations in different countries, they realised that the methods used to improve performance and engagement simply aren’t working.

The report anecdotes – One of us (Marcus), building on his engagement work with Gallup Organisation, recently joined ADP Research Institute (ADPRI) to lead its investigations into people and performance at work.

He and his team have now completed the most extensive and methodologically consistent global study of engagement yet undertaken, in which a representative sample of working adults from 19 countries — 1,000 respondents in each country — were asked to respond to eight statements designed to reliably measure engagement. This study reveals, among many other findings, that only about 16 percent of employees are fully engaged at work, while about 84 percent are just going through the motions.

Beyond culture and the individual

The main key is to understand what drives engagement. Marcus and Ashley add that companies have been getting it wrong. The authors believe that the reason why 16 percent employees who are engaged at work is because something works for them. Thus, the focus should be on the workspace as a whole.

The report states: “Its commitment to work/life balance should be more explicit. It should talk up its “talent brand” and describe ever more clearly the sort of nurses it seeks to attract and how it wants them to behave so that all can better understand how they ought to perform.

The common term for this idea is culture — and although companies that prioritise culture, and thereby the experience of their people, are taking an important first step, addressing the employee experience at the company level is an incomplete solution.”

Another reason for disengagement pertains to individuals themselves. The engaged employees are doing something right versus the unengaged ones. Then, the company need to focus on the disengaged employees by giving feedback, give more training, and perhaps a different role.

The team matters the most

However, this makes organisations complex machines with individuals just parts of the component. The solution lies in tweaking the system. But it just isn’t the company or the individual, it is the team which makes a person shine.

To better understand the levers, the authors analysed different variables. They asked questions like were older people more disillusioned than the younger ones? Did the level of education or work status make a difference?

“The ADPRI study probed all these variables and more to discover which of them could best explain engagement and productivity. And as it turned out, the most powerful factor was simply whether or not respondents reported doing most of their work on a team. Those who did were more than twice as likely to be fully engaged as those who said they did most of their work alone. The local, ground-level experience of work — the people they worked with and their interactions with them — trumped everything else,” said the report.

Most of the work across industry, regions, and levels of the organisation is based on teamwork. Over 83 percent worked in teams. Marcus emphasised that the reality of one’s experience at work is with the team.

“You have responsibilities that seem to be connected to other people’s responsibilities; you have strengths that seem to be complemented by those of others; you have people over your left shoulder and your right, looking out for you, keeping your confidences, offering their reactions to your work, sharing your idea of what “good” is, chipping in when you seem overwhelmed, and giving their input when you get stuck. The quality of this team experience is the quality of your work experience,” said the duo in the report.

And being part of a team doesn’t mean you need to be oriented to a company’s culture, nor does it need training and development. As the report states - It solely depends on whether your team leader and your teammates show up every day, talk to you, lean into you, and support you.

Your experience of your team drives many things: how productive you are at work; how happy you are at work; how creative, innovative, and resilient you are; and how long you choose to stay with your company. In other words, when it comes to your work, great teams and teamwork aren’t a nice-to-have; they’re a must-have.

“That blindness stems from our tools. “We shape our tools, and then our tools shape us,” the saying goes. The tools that help us 'see’ our people — so-called human capital management tools that ensure that people are paid properly, are accounted for by the right departments, and are billed against the correct budgets — are all extensions of enterprise resource planning (ERP) tools, a significant part of whose function is organising people into the right buckets,” said Marcus and Ashley in the report.

They added – in the real world, team leaders are pulling team members onto new teams all the time; some last three weeks, and some months.

They also found that teams aren’t defined by reporting structure in a department of an organisational chart.

“They emerge from a multitude of requests and acceptances, none of which HR sees, some of which are overlapping, many of which are ephemeral, and all of which is where people’s actual experience of work truly resides. Our current tools are blind to this reality, and so, therefore, are we,” said the report.

What should leaders do?

So what works? The feeling that an individual is a part of the team is fundamental to engagement. So here’s what leaders can do:

Trust in the team leader

“Our data immediately pinpoints the biggest differentiator between high- and low-performing teams: trust in the team leader. Team members who strongly agree that they trust their team leader are eight times as likely to be fully engaged as those who don’t. This trust must be deep and without question. A team member who merely agrees that she trusts her team leader shows roughly the same level of engagement as does someone who actively distrusts his team leader. For trust to matter, it must be extreme,” the duo say.

Great team leaders help their team members feel focused, even in the fluidity around them. “Know me for my best, and then focus my workaround that: These are the fundamental needs of every team member, and the foundation of any high-performing team,” said the report.

Teams are built for human attention

It is important that every member of the team gets equal attention to the work that they do and contribute towards to feel a part of the team.

The data from Stanford Health Care — together with other research from Cisco, Deloitte, ADP, Mission Health, and Levi’s — tells us that frequent attention to the work of each team member is what we might call the anchor ritual of team leadership.

These organisations have all instituted a simple weekly conversation between team leaders and each of their team members, and have been able to measure increased engagement as a function of the frequency of these check-ins.

The check-ins address two simple questions — What are your priorities this week, and how can I help? — and serve to ensure that each team member receives the attention needed to do his or her best work. They are focused on the future and the energises of each team member.

The data makes an unambiguous case that the frequency of conversations is critical. An earlier ADPRI study at Stanford Health Care showed those team leaders who checked in once a week see, on average, engagement levels 21 points higher than what those who check-in only once a month see.

Rather than teaching team working skills separately to leaders and employees, it is important to bring them together. In Ashley’s Power of Teams programme, each session begins with a discussion of engagement on ‘this team, right now’. Team members get to know their current teammates through the lens of their strengths.

What this does is help the team build new habits and rituals that, in turn, accelerate the growth of the members of the team.

Experience is bigger than location

The study shows 23 percent of workers report that when they work from home, they are more engaged than co-located workers, and over 55 percent of the remote works feel that they are a part of the team. Of these, 27 percent feel they are fully engaged.

Engagement is about who you work with, not where.

“Having combined these initial findings and looked at them through the lens of team versus non-team rather than remote versus co-located, we can say for sure that to engage your people, you should avoid mandating that they show up at the office every day, and also that all the time you spend helping your remote workers join, get to know the other members of, and feel supported by their teams will pay off in the form of more-engaged workers,” the report adds.

The power of gigs

The reason is that gig work gives more control over their working lives and gives them more freedom to do work that they love. “The full-time job brings stability and benefits, while the part-time role — like gig work — brings flexibility and the chance for the person to do something he or she truly enjoys (along with additional income),” said the report.

What this indicates is that employees should have more control over their work, this will give them a greater chance to do work that they love.

“Organisations should pay less attention to the ends of the continuum and instead focus on the fulcrum of work: the team. When confronted with a performance problem or an innovation opportunity or anything else, we should ask, “How can we address this through our teams?” concluded the report.