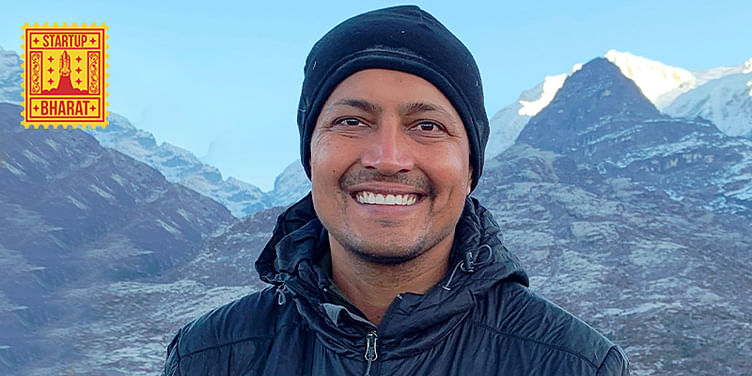 Plastic waste is a huge problem for the environment. India alone generates around 9.46 million tonnes of plastic waste annually, according to a recent study by Un-Plastic Collective (UPC), of which 40 percent remains uncollected and 43 percent is used for packaging, mostly single-use plastic.

To help improve the situation, Ayodhya-based 40-year-old paper and packaging company Yash Pakka launched a brand called CHUK in 2017. The startup offers a range of compostable packaging tableware that is safe to eat from and is 100 percent biodegradable.

The startup was launched by Ved Krishna, who wanted to turn his family business into something that saves the environment, with an aim to replace single-use plastic and Styrofoam products. The tableware produced by CHUK are made from sugarcane fibre called bagasse.

The startup, which hails from a small town in Ayodhya, Uttar Pradesh, is providing these unbleached, eco-friendly, and carcinogen-free products to organisations like the Indian Railways, The Park, Hyatt, Haldiram’s, Lite Bite Foods, HMS Host, Google, PVR, Inox, Amazon, Devyani International, Starbucks, and Chai Point to name a few.

“We aim to transform the catering and food ecosystem by setting it down the greenway. Apart from being microwaveable, ovenable, and freezable, our products are FDA-approved and are sturdy,” says Ved Krishna, Vice-Chairman and Founder of Chuk.

Ved has lived outside of Ayodhya for a very long time. He did his high school in Dehradun and later went abroad to study. But after returning home, he decided to give back to his home state and joined his family business, Yash Pakka Limited in 1999 instead of joining a multinational, which was then booming in India.

As he joined the family business, Ved noticed that most of the materials used in packaging, especially food, were either plastic-coated, laminated, or covered in cellophane that was harmful to the health as well as environment.

“It was this epiphany about the amount of non-biodegradable garbage produced each day that prompted me to conceptualise CHUK in 2014,” says Ved.

He recalls he was deeply affected to see how the garbage problem was increasing in India and that a solution was required. “My battle started then,” he says. He started looking for solutions to eliminate the usage of single-use plastic and Styrofoam products to secure the environment from further damage.

The concept was finally launched in 2017. Ved says that the products decompose within 60 days, while plastic takes more than 500 years to decompose.

“The advantages of using bagasse are that it makes the products lightweight, flexible, microwaveable, and strong enough to prevent leakage. CHUK also recovers 95 percent of cooking chemicals used in manufacturing, thereby making it even more environment-friendly,” adds Ved.

Speaking about how it works, Ved says that CHUK buys sugarcane waste locally and converts that to pulp, mould that pulp into products, and then sell it.

Eat what you ate with: How Bakey’s is combatting plastic’s war on the environment with edible cutlery

“The business is usually broken into three different segments for pulp, product, and marketing. We have also chosen to be unique in our design. We studied the food habits across the country and decided we wanted the consumers to have a unique experience. The designs were created with modularity and form through functionality,” says Ved. The pricing is also competitive. For example, a set of 35 plates will cost between Rs 300-400 depending on order size.

Speaking about the competition, he claims that CHUK is the only ‘pulp to product’ brand in the world for compostable tableware and that the entire non-biodegradable disposable market stands as a competition. A lot of Indian startups are working in this segment such as Bakey, which provides edible cutlery, or Adaaya Farm, which makes tableware from palm leaves.

There are starups like Pappco Greenware, Zogam Bamboo Works (ZBW), Ecoware, Zume, Brown living amongst others.

CHUK is presently focusing on the B2B segment for sales like Quick Service Restaurants (QSRs), institutions, and caterers. Within three years of its inception, CHUK has received orders from Indian Railways for 15 lakh pieces in 32 of its premier trains. In addition, the brand is also supplying its products in major airports of India as well as five-star hotels such as The Park and Hyatt.

Most recently, CHUK partnered with Bigbasket, and is now exploring the B2C segment and is looking forward to partnering with other ecommerce platforms and retailers. In terms of business, the startup has closed revenue of Rs 46.6 crore since its inception.

Yash Pakka has infused funds to the tune of Rs 65 crore in CHUK to set up a plant with fully automatic machines, with a production capacity of one million per day, which will enable the company to penetrate deeper in the market and foray into a new range of products.