Whitehat Jr to foray into Brazil and Mexico; create 1 lakh teaching jobs in India in 3 years 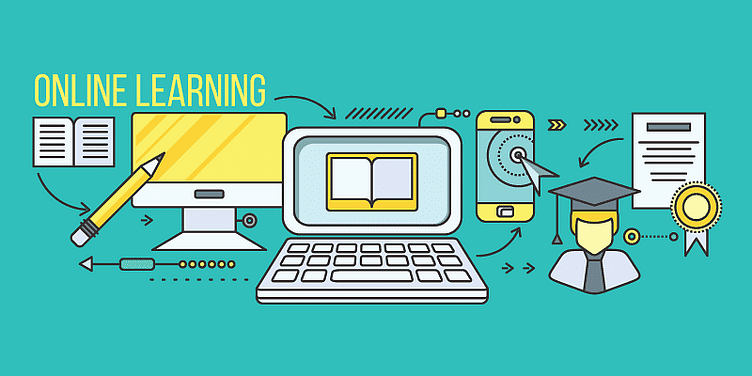 WhatHat Jr, which is testing the waters in Brazil and Mexico with local teachers and students, has signed up 100 schools and plans to ramp up to 1,000 in the next few months, CEO Karan Bajaj says.

Online coding school for young kids, ﻿WhiteHat Jr﻿ will foray into non-English speaking countries of Brazil and Mexico as part of a worldwide expansion, launch math classes, and hire one lakh women teachers in the next three years as it puts behind unsavoury events to refocus on core philosophy and growth.

"We are launching math classes next month," he said, adding the company will use a one-on-one teaching model and go on to create 1,00,000 teaching jobs, all for women, in India in the next three years."

The teachers, from the comfort of their homes and flexi timing, earn equivalent to entry-level salaries of IIT and IIM graduates, he said adding super-qualified women who were not fully employed would be utilised.

The individualised teacher education has brought great success for the company with 70 percent of the 1.5 lakh paid students in India and the remaining coming from countries such as the US, Australia and New Zealand.

Kids are joining from other nations like Sweden, Norway and Ethiopia organically.

"We are now starting tests in Brazil and Mexico with local teachers and students," he said, adding the company would build its international presence in a measured way depending on cash flows.

WhatHat Jr is also enrolling schools for teaching coding. It already has 100 schools on roll and plans to go up to 1,000 in the next few months, he said. "Well-trained teachers will train a small group of students."

"We will take coding all across the world, launch new categories, like math and sciences and build around creation," he said.

The company grew 60 percent month-on-month during the lockdown and post that it is growing 100 percent. It has reached annualised revenue of USD 150 million.

The transaction was eye-popping as it was the fastest idea-to-exit story. WhiteHat Jr was valued at just $30 million in August 2019 and its valuation ballooned 10x in a year and generated record returns (10-15X) for its early backers Omidyar Network India, Nexus Venture Partners, and Owl Ventures (who invested USD 10 million cumulatively just 11 months ago in September 2019).

But since the acquisition, WhiteHat Jr has been in the news for all the wrong reasons. By October, WhiteHat Jr became one of the most publicly criticised startups.

Flush with funds, WhiteHat Jr launched an advertising blitzkrieg across media, allegedly making odious claims about its product offering --- six-and-seven-year-olds building apps and websites and even becoming TedX speakers after taking coding classes on WhiteHat Jr, and one nine-year-old 'Wolf Gupta', who was later found to be imaginary, landing a job at Google with a multi-crore pay package.

These ads were soon called out by the public and advertising experts. The Advertising Standard Council of India (ASCI) in October ordered the firm to pull down the ads for making dubious claims and violating ASCI's code of conduct.

"We have grown rapidly in a very short span of time. By the time you set up very rigorous internal review systems, there is a lot that is happening," Bajaj said.

The company, he said, was doing a "lot of advertising".

Bajaj said 8 or 10 out of 800-900 creatives tested out had been in news. And the same were pulled down and the company set up an internal review system and reverted back to the core philosophy of nurturing creativity in kids.

"The core thought of the company has always been pure: kids should be builders and creators. The power of coding is that kids use coding to build, create stuff. We celebrate the joy of kids' creativity. We have gone back to that in the last few months," he said.

On the controversial advertisements, he said: "We were thinking it is funny but it should have been the creativity of kids. We have gone back to those roots."

"For a very long time the messaging was kids will build, kids will create, coding helps you bring creativity to life. We continue that. There were few ads which went on the theme of success. We have gone back to the joy of creation, not the outcome," he said.

In September, Pradeep Poonia, an ex-product manager at edtech firm NextEducation, accused WhiteHat Jr of having a toxic work culture ridden with racism, sexism and bigotry.

Bajaj filed a Rs 20-crore lawsuit against Poonia in the Delhi High Court, accusing him of defamation and hacking into its servers, downloading and distributing content and curriculum, trespassing the company's internal communication channels, and violating trademark and copyright by using 'WhiteHat Snr' in his social media profiles.

"There has been so much criticism of the company, we never reacted. We learnt from them and made things better and better. Only time we drew a line was when you are kind of breaking the law," he said.

Elaborating, he said there was a group of 300-400 people who took free trial classes daily with different IDs and "kind of badgered the teachers" and "posted videos on the internet".

"Now that was very threatening to the security of women," he said. "Action taken (lawsuit) was not because of criticism about content of the company or the advertisements, that's very welcome and should be there. The action taken was only in the context of crossing of the legal boundary such as hacking into the system of the company."

"It is like hacking into your email account, looking into six to seven years of all messages and drawing one message out of context to say look what bad character he is," he said.

WhiteHat Jr is not protesting against criticism, he said. "But if you cross a boundary of law and attack women through bullying, badgering them, posting their video publicly on the internet which is against the law, breaking our terms and conditions, hacking into system of company and take one message from internal communications and put it out there to make a philosophical point" will not be tolerated.