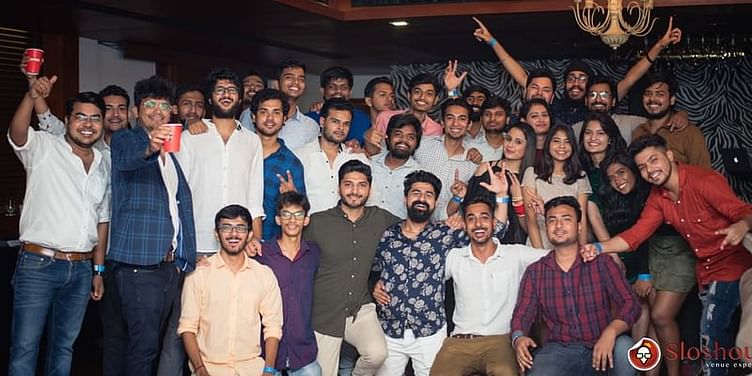 Founded in 2013, New Delhi-based ET Medialabs now works with 250 brands, helping them leverage digital advertising and analytics to scale up.

Advertising and marketing are useful tools for businesses to expand their customer base. Over the last few years, advertising campaigns have evolved. With technological disruption, advertisements moved from paper pamphlets to hoardings, television, and now even social media.

However, amid all the scrolling, how can businesses capture their users’ interest? As fintech startup CRED likes to say, “Not everyone gets it.”

But, New Delhi-based digital media startup ET Medialabs may be able to help to solve this problem.

Founded in 2013 by Raghav Kansal and Rajeev Garg, ET MediaLabs aims to help brands and startups scale their revenue by leveraging digital advertising and analytics to their full potential. Side note: Rajeev exited the company in 2016.

Over the years, the startup has worked with popular internet brands, including ﻿CRED﻿, ﻿Grofers﻿, ﻿Licious﻿, The Urban Company, Forest Essentials, Good Earth, and ﻿Lenskart﻿, helping them ensure a wider reach through digital advertising.

Raghav tells YourStory that he was introduced to digital marketing and advertising while working on his first venture Edulution Technologies.

The entrepreneur too immersed himself into promoting his edtech startup. While Edulution Technologies did not take off and shut down in 2013, Raghav’s interest in digital marketing grew.

“While promoting Edulution Technologies, I found myself exploring digital marketing strategies and this went on for a couple of years. Even though ET didn’t work out, this knowledge led me to start up again,” he says.

The entire Edulution team joined the digital marketing startup, and the new venture retained the initials of the former edtech startup ‘ET’.

ET Medialabs uses proprietary algorithms and in-house tools for designing media campaigns for their partners. The adtech startup optimises the full-funnel customer journey to drive acquisitions and increase revenue, and is also a Google Premier Partner and FB Marketing Partner.

With time, the startup gained more customers and by 2014, it was working with around 20 clients. However, the adtech startup made an operational shift in 2016 after realising that it wanted to focus on managing large scale ad spends, which is a very different ball game that required high-end analytics.

The startup completely pivoted its focus to work exclusively with premium large-scale advertisers to help them leverage their data to scale their advertising in a cost-efficient manner.

“We realised that large scale ad spends have a much bigger absolute financial value, which can be unlocked using data,” he says.

Raghav claims that post the shift in the model, ET Medialabs could not only create a solid niche for themselves but also recorded stellar growth in its revenue and impact.

He adds that the startup recorded 100 percent YoY growth post the shift.

Presently, the bootstrapped startup is targeting large-scale, online advertisers who can spend a minimum of Rs 25 lakh a month to scale their business efficiently, sustainably, and aggressively.

Raghav says ET Medialabs has executed around 1,000 campaigns to date. At present, the startup is working with 250 brands, helping them leverage digital advertising and analytics to scale up.

ET Medialabs is using a grid modelling approach to help CRED increase its quality install numbers and bring its scale to a new level. It claims to have helped the company achieve a 200X scale in spends in 15 months while maintaining its cost per in-app action, i.e. the cost incurred for driving in-app events.

On the other hand, for Edureka, ET Medialabs implemented a revamped keyword structure to help them scale up.

The founder explains that in the initial years, ET Medialabs charged a minimum retainer of Rs 25,000 a month. At present, the monthly retainer starts from Rs 2.5 lakh along with a variable fee model depending upon various factors as it moved its focus to premium clients.

The startup, which began its journey with 25 people, now has 150 members in its team.

“The workflow has become very much tech and processes-driven compared to when it was very manual and ad-hoc,” adds Raghav.

Digital marketing and advertising have become one of the important aspects of scaling up businesses and reaching out to potential customers. According to a report by Dentsu Aegis Network, advertising spends on digital media in India is expected to grow at a CAGR of 27.42 percent to become a Rs 58,550-crore market by 2025.

The market has several notable players, including unicorn startup InMobi. Other companies in this space are SKIMBOX, ADZ Junction, DigiVigyan Marketing, and EMIAC Technologies.

But, ET Medialabs is riding this digital wave, tapping into the growing digital advertising market.

Speaking about future plans, Raghav reveals that the startup is looking to expand its offering to South East Asian countries soon.