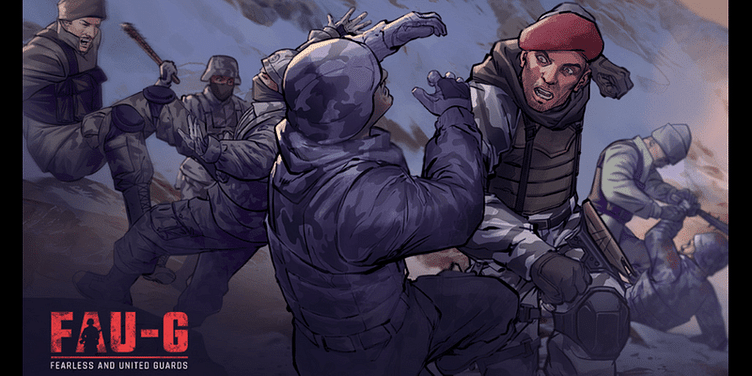 FAU-G, a desi version of PUBG, is going live on India's 72nd Republic Day. Based on real-world scenarios, the game is a tribute to India's armed forces.

FAU-G has been built by Bengaluru-based nCore Games, which is co-founded by serial entrepreneur Vishal Gondal. It had also roped in Bollywood Akshay Kumar as its mentor, who would be launching the homegrown action-adventure game tomorrow.

The game was initially supposed to launch last October, shortly after the Indian government's ban on Tencent's PUBG as part of its crackdown on Chinese apps.

FAU-G has already crossed four million pre-registrations on Google Play Store, with the first million coming within 24 hours of the link going public.

Earlier, nCore Games announced 20 percent of the game's net revenues will go towards the Bharat Ke Veer Trust, a charity for India's armed forces implemented by the Ministry of Home Affairs.

FAU-G, which stands for Fearless and United: Guards, will be a mid-core online shooter game "with its first level set in the Galwan Valley backdrop followed by third-person shooting gameplay in the subsequent releases" nCore had said in a statement.

"It is a matter of great pride to respond to PM Modi’s call [for Aatmanirbhar Bharat], and present the world a world-class game, which will not only help gamers in a virtual setting fight the forces of evil; but also positively contribute to nation-building by supporting our martyrs."

nCore Games has released a teaser of the game on YouTube.

FAU-G will be an Android-only app at launch, with a probable 'lite' version coming up later. nCore Games will also introduce different player modes going along.

The game can be downloaded from Google Play Store and nCore's official website.

"FAU-G is a made in India project from nCore Games that pays tribute to the heroes of our nation’s armed forces. Based on real-world scenarios, FAU-G brings to life the thrill and adrenaline of a life spent guarding India’s borders," as per the app listing.