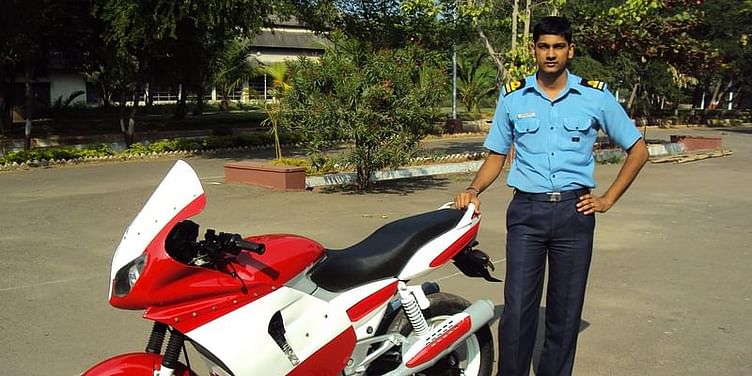 On the 72nd Republic Day, we profile four ex-service personnel, who are an integral part of Amazon India’s network.

From a retired Major to Navy veterans, ex-service personnel are an integral part of Amazon India’s operations.

The ecommerce behemoth currently has more than 100 military veterans in leadership and managerial roles, across functions such as customer fulfilment, facilities management, transportation, and last-mile logistics.

“This is in line with Amazon’s global vision of hiring 25,000 military veterans by 2025,” says Swati Rustagi, Director of HR at Amazon India. “We will continue to provide them with meaningful opportunities to further leverage their skill set.”

Swati says that while the hiring process is the same for all, the company has made some tweaks for military veterans to join Amazon India.

“We work with our teams to give them a holistic understanding of the background and roles veterans come from,” she explains. “This training enables the teams to ask the right questions in the context of the veterans’ experiences and gauge the roles the veterans would be best suited for.”

Amazon’s principle of having leaders, who can invent strategies, think big, are action-oriented and deliver results, works well with the military veterans.

“These principles resonate with the veterans, who have served our country in the armed forces,” she says. “They have priceless traits ingrained in them including self-discipline, ownership, and process-oriented thinking, which are invaluable for a fast-paced work environment that runs on precision.”

YourStory takes a look at four such veterans at Amazon India.

Retired Major Aparna Gulati has served in various posts across different locations in the country, including high-altitude areas and counter-insurgency operations in Kashmir. After 12 years in the Army, Aparna joined Amazon India last year.

She is part of the ecommerce company’s Seller Flex Middle-Mile team, responsible for planning and executing shipment pickup operations from middle mile-mapped external fulfilment nodes in north India and their subsequent connections to sorting centres in the region.

“Amazon is very process-oriented; it follows a similar routine to the Army and runs like clockwork,” Aparna says of her current stint. “We carry out checks across the floor, nodes, and processes to ensure operations run smoothly and this is very similar to how we operated in the Army.”

Arun Kumar Singh is a second generation military man, who served in the Indian Navy for 10 years. As an operations officer and certified trainer in the Navy, he planned and executed missions in complex and tense situations. He completed close to 2,000 hours of operational flying over sea onboard Indian maritime aircraft, accomplishing strategic and tactical missions.

Arun has been part of Amazon India for over eight and half years now. He is currently General Manager (Operations) at Amazon Logistics.

Shivani is an ex-officer in the Indian Army, where she served for more than five years. She has been taking care of Amazon India’s last-mile operations for four years now.

“Defence personnel have certain priceless traits ingrained in them from their years of military training,” she says. “Integrity, discipline, self-motivation, flexibility, adaptability, and goal attainment become second nature in the armed forces. You are always on time and have inherent team management skills—that’s what we bring to the table.”

Vijay Subramanian joined Amazon India’s last-mile operations team in 2014 after a career spanning over 10 years in the Navy. He has transitioned from building submarines to managing the ecommerce firm’s logistics.

In the last six and a half years, Vijay has worked across different aspects of Amazon India’s last-mile network. At present, he leads the I Have Space (IHS) and Customer Pickup Points Program.

Vijay believes that Amazon is transforming the way deliveries are executed in India and is committed to ensuring customers get safe and timely deliveries.

“The Indian Navy taught me to lead by example, consider no task as being beneath us, and put the country first before self,” he says. “Every day you get up and wear the uniform with pride and satisfaction, which no money or designation can give. The Navy has given me a way of life and also instilled in me the required discipline, determination, and desire to scale up in life. If I can say that I am a reliable and a dependable source for my organisation, that trait has been embedded in me by the Navy.”

The best part of his corporate job, he says, is that he gets to play a role in transforming the way India buys, sells, and makes deliveries.

“I work with thousands of small and medium businesses and we are helping them grow and expand with technology. It always makes me happy when small entrepreneurs and retailers grow large and are able to fulfil their dreams, knowing we played an instrumental role in their journey.”

For Vijay, every day at Amazon is Day One.