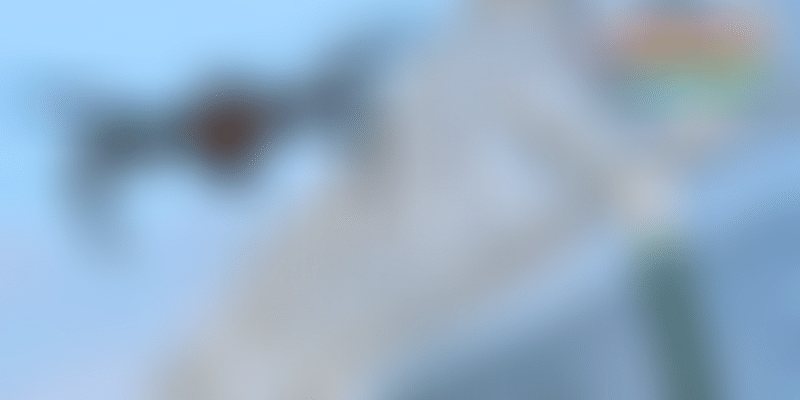 In order to reach this goal, several startups, entrepreneurs, and innovators are leveraging technology to come up with innovative solutions. The government has also been pushing innovators to come up with solutions for empowering the nation’s defence and security.

In November 2019, the Indian government said it is looking to fund at least 250 defence startups over the next five years in order to come up with new cutting-edge solutions for the armed forces. The Ministry of Defence has also earmarked Rs 500 crore for its innovations for Defence Excellence (iDEX) initiative, launched in April 2018, to find new technologies to help the Indian armed forces.

Several businesses such as ideaForge, Tonbo Imaging, CM Environsystems, and VizExperts among others have taken up the onus and are coming up with cutting edge solutions for defence purposes.

YourStory lists five startups that are equipping the defence sector with deeptech.

The Indian armed forces and border security forces are guarding the nation from the frontline. They are working day and night in harsh climatic conditions, only to safeguard the country and its citizens from unwanted intruders.

Gurugram-based CRON Systems is developing IoT-based products to help the armed forces deploy border security solutions. Founded in 2015 by Tushar Chhabar, Tommy Katzenellenbogen, and Saurav Agarwala, CRON Systems initially began focusing on building laser walls for the Border Security Force (BSF). But it eventually expanded its products and services to include automation for drones, rovers, and a central dashboard to control the applications through its command, control, communication & information (C3i) hub  miCRON.

According to CRON System, it’s core product, the Kavach security system, uses multiple sensors such as time of flight cameras, mmWave radars and LiDARs to help 'detect, track and classify' intrusion upto 150 m ahead of the perimeter. The system gives early warning signals before the intrusion even takes place. The posts operate on wireless networks and use multi-data beams, which are invisible to the naked eye. In case of any intrusion, the posts alarm the security personnel through visual tracking and pass the information to the central C3i unit for the armed forces to take action.

After realising the lack of effective surveillance products, and in order to build these innovations, Tushar spent months at the border and began developing products around the Indo-Pak fence.

In an earlier interaction with YourStory, Tushar said that he reached out to venture capitalist Tommy Katzenellenbogen for funding. Tommy, who had served as an Isareli Airforce Pilot for over 15 years, ended up joining CRON Systems as the chief strategy officer.

Currently, CRON Systems is working towards solving problems existing in the 3D sensing market on the edge. According to the company, the team is now developing senseEDGE, a FPGA-based (field-programmable gate array) fully-agnostic edge device which can close the gap between 3D sensors and real-world applications. The device will be able to serve several sectors such as mobility, transport infrastructure, smart spaces, automation, and security.

"senseEDGE works in tandem with Kavach to counter perimeter intrusions amongst its many applications. It collects data from Kavach and classifies it using machine learning. The tracks are fused into a single autonomous operating picture, alerting agents in real-time and providing intelligence for rapid and accurate response — whether administrative or tactical," the company says.

Bengaluru-based Asteria Aerospace is a robotics and artificial intelligence startup, which provides drone-based solutions to the military, paramilitary, and police forces for security and surveillance purposes.

The startup was founded in 2012 by Neel Mehta and Nihar Vartak, who completed their B.S degree in Aerospace Engineering from Purdue University.

The startup also deploys its drones to provide end-to-end solutions for autonomous surveys, inspection, and to monitor assets in industries working in the oil and gas, mining, construction and agriculture sectors. Apart from working with the border security force, the startup works with paramilitary agencies and several state police forces.

Asteria Aerospace’s product line currently includes three drones. Its CYGNUS drone is a mini fixed-wing drone known for its endurance, range, and payload capabilities, and is used for ground-up surveillance and security operations.

Asteria’s second product, DGCA certified A200, is a micro sized drone deployed for enterprise operations. Thirdly, the A400 is a mini drone whose vertical takeoff and landing allows quick deployment and surveillance from confined locations.

Asteria’s GenesisTM is a secured network platform, which allows its clients to manage the fleet of drones deployed for surveillance purposes. Designed to be hosted on cloud or on-premise, the networks provide the users access to real time data and video recorded by the drones.

In December 2019, Asteria Aerospace was shortlisted by the Central Reserve Police Force (CRPF) under the CRPF-Startup India Grand Challenge to solve the problems related to defence and security.

Ahmedabad-based Optimized Electrotech is an electro-optic startup that provides security and surveillance solutions.

Speaking to YourStory, co-founder Sandeep says, “We work with Homeland Security (MHA) and Defence (MOD). Our products are useful for the CISF for guarding strategic assets; it is useful for the BSF, ITBP, AR, and Coast Guard to keep a watch on trespassing at borders; for CRPF, all central and state police forces for better law implementation within cities; and finally to it is useful for the Army, IAF, and Navy for ISR (Intelligence, Surveillance, Reconnaissance).

The products offered by Optimized Electrotech operate using electromagnetic spectrum. According to the company, different parts of the spectrum provide different insights to the images captured. The startup works with 400 nm to 12μ range, the visible light spectrum, in order to provide image analysis for several applications such as border security, machine vision, etc.

The startup’s InfiVision product series can detect a tank from a distance of 30 km. The co-founder adds that the startup is going to soon launch its OmniVision product series, which will allow users to monitor a long range area amid any weather obstacles such as smog, smoke, fog, and darkness.

Last year, Optimized Electrotech was announced as a winners of IDEX (Innovation for Defense Excellence), Make-in-India for Defence challenge.

Iowa and Chennai-based Vinveli, founded in 2013 by Gokul Anandayuvaraj along with his friends Eshan Halekote and Yuan Qu, focuses on providing solutions to the aerospace and robotics industry. The startup is involved in building Unmanned Aerial Vehicles (UAV) for both commercial and defence purposes.

According to the official website, the Iowa Startup Accelerator-backed startup is aimed at providing infrastructure, communication, and service needed to encourage maintaining a fleet of drones and commercial and industrial applications of UAV technology.

Vinveli, which counts the Ministry of Defence and Ministry of Home Affairs as its clients, deploys its drones for riot control and combat operations. It also deploys them for commercial use in agricultural and wind farms.

According to reports, Vinveli’s Made-in-India drone, named Vero, is designed to carry two 38 mm grenades, which can be fired mid-air. It has been equipped with two cameras, which enables the drone operator to monitor the surrounding and also locate potential targets.

Other drone variants produced by the startup are also designed to carry high explosive IEDs and transport supplies such as ammunition, food, etc.

Some of the products developed by the startup include: T-Series Unmanned Tank Development, BN (boron nitrate) based Hybrid Personal Combat Armour, 360 Advance Battle Interface, Flying Warden-drones for riot control, and smart fencing system, among others.

The startup claims to have won two iDEX challenges in two product categories, and received total grants of Rs 3 crore from the Department of Innovation. According to the company, it has collaborated with technology players and individuals across the country, and is also looking to deploy its technology systems to the Indian armed forces.

Last month, the startup raised $1 million through Mumbai Angels Network as a part of its $1.5 million Series A funding round.