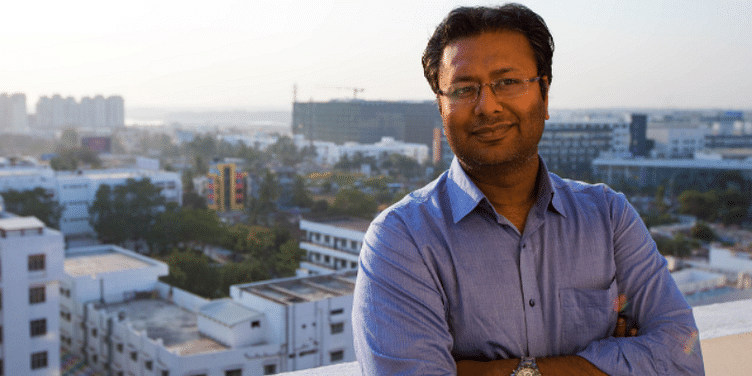 Fintech startup SmartCoin, which provides small-ticket loans, was able to leverage technology and create a different business model to ensure that credit was available for the underserved sections of society in the challenging times of COVID-19

The COVID-19 pandemic and the resultant lockdown has had a deep impact on vulnerable sections of society like self-employed businesspersons and lower-wage employees due to the unavailability of financial credit to tide over the crisis.

This was also a very crucial time for ﻿SmartCoin﻿ – the Bengaluru-headquartered fintech startup that provides micro-loans through its app for sums as low as Rs 1,000, going up to Rs 50,000. Its business came to standstill when the lockdown was announced in the month of March 2020.

“The COVID-19 lockdown was a litmus test for digital lending and how we fared in this became an important benchmark,” Rohit Garg, Co-founder and CEO, SmartCoin, tells YourStory.

SmartCoin was founded in 2016 by IIT/IIM alumni Rohit Garg, Amit Chandel, Vinay Kumar Singh, and Jayant Upadhyay. It has raised a total of $9.5 million so far from LGT Lightstone Aspada, Unicorn Ventures, and Accion Venture among others.

The key focus of the startup is to enable credit to the underserved sections. These include blue-collar workers, small businessmen, young professionals etc.

Here lay the dilemma for SmartCoin as it was not just reaching out to its targeted audience but, given the muted economic environment, it had to also ensure that the money lent would be received back in time. Added to this, the government also announced a moratorium on the repayment of loans.

“We are enabling credit to the underserved market the segment most prone to the economic shock. Our priorities were: how do we reach out to our customers and also put out a strong performance,” says Rohit.

After the initial shock wore off and when businesses had to shut their operations with the start of the first phase of lockdown, SmartCoin set about listing out its priorities to get back into the game.

The first major initiative it took was to make its entire digital process of lending to customers highly scalable.

“From our single office in Bengaluru, we have covered more than 90 percent of the districts in India. Today, we have customers in Jammu and Arunachal Pradesh,” says Rohit.

The second key initiative was the creation of an alternative credit scoring index for its targeted customer base. The kind of customers who the fintech startup was targetting did not typically come under the framework of CIBIL score.

The creation of this alternative credit score through its own data points enabled SmartCoin to extend credit to their set of customers or underserved segment.

These initiatives were undertaken by SmartCoin before the start of the pandemic, but it accelerated its implementation once the whole lockdown began.

“We had about one lakh users on our app around two-and-a-half years ago, which has now grown to 50 lakh with minimal marketing spend,” he adds.

Amidst these technology-led changes at SmartCoin, the startup implemented other key innovations to build a closer connection with its customer base. These include creating micro-insurance products, flexible repayment options, and educating them on the various dos and don’ts of finance in these challenging times.

“We helped our customers to get back on their feet much faster and gave them a path to solve for their lives,” says Rohit.

SmartCoin’s customer base comprises people who were not looking for large loans but needed cash on an urgent basis. This meant that the startup had to carefully consider who could it lend to, relying on its data analytics engine to decide who was a creditworthy customer.

As Rohit explains, “SmartCoin made sure that flexible repayment options are there but we also have to manage our business.”

These innovations paid rich dividends as the startup hit a 97 percent recovery rate despite a challenging economic environment.

Today, SmartCoin has got a loan book size of Rs 50 crore, which has been growing at 20 percent on a month-on-month basis. It has also received a licence for starting a non-banking finance company (NBFC) to disburse the credit.

For the current fiscal year, SmartCoin is targetting a loan book size of Rs 150 crore and double its customer base over the next one-and-a-half years. Its app is presently available in four languages, with plans to add more in the near future.

On their performance, Rohit says, “In FY20 we observed a growth of 3x from the previous year.”

During COVID-19, SmartCoin noticed that the growth from the Bharat part of the market, which comprises Tier-II and III cities, has been very strong. In fact, its customers are split between the top metros and the Bharat market.

“The demand is never going to be a challenge but the real test is to use technology for creating the best products which make credit affordable and also build relationships,” says Rohit.

The future looks positive for SmartCoin as it has gone through one of the most challenging times. “Our technology systems have proven themselves and we are confident that it will help us grow faster than earlier,” he concludes.