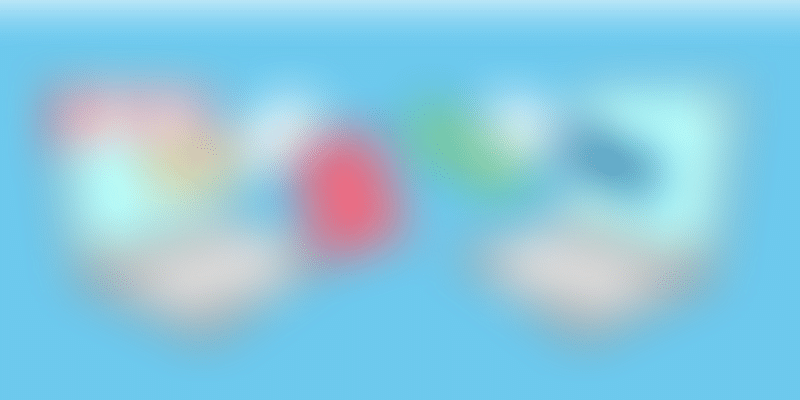 The pandemic accelerated adoption of ecommerce and led to massive growth of D2C brands, which are focusing on consumer feedback, R&D, and varied business models to launch international quality products. Here’s why D2C will continue to boom in 2021.

A year ago, a large Indian fund approached an Indian D2C cosmetics brand and offered it a $15 million cheque. Much to its bemusement, the brand declined the offer. The Indian VC firm later found out that the brand had a counter-offer of $50 million, from another global VC.

However, the story doesn’t end there. The brand went on to decline the cheque of the foreign VC firm.

The reason? The brand said it was generating cash from operations and would like to scale up without external money for a few years. The founders believed that external funding would make them lose focus on their core strengths: building a community and quality product.

This sums up the story of the D2C industry in India over the last four years. And, it’s the reason why many VCs are after D2C brands.

In 2021, D2C will be the most sought-after industries by investors and consumers.

Several brands such as boAt, Wow Skin Science, MCaffeine, and Wakefit have been profitable from the very beginning. Their P&L shows a definite RoI and growth path. From wellness and personal care to audio and food, the pandemic could not stop D2C brands, who were well poised to serve customers as they did not have physical distribution.

What does the future hold for D2C brands in 2021? It’s clear that several young brands will try to make a big push into every category in the consumer segment.

A report by Avendus Capital on D2C brands in India states that the addressable market size for this industry will be $100 billion by 2025. The report adds that the writing is on the wall because there are 16 brands with $50 million ARR and 45 more with ARR of $15 million or more.

India has more than 600-plus D2C brands, including well-known names like Wakefit, Licious, Wrogn, MamaEarth, MyGlamm, MCaffeine, and Mom's Co.

Many others are waiting in the wings to become big businesses: NuttyGritties, Itsy Bitsy, Cosmix, and Captain Zack. All of them plan to scale up their ecommerce channels to capture growing consumption in India.

“There is a clear road to profitability from day one because we are using digital as a format to scale. This takes away the complications of credit cycles if we had tried physical distribution; hence we burn less.”

“While we cannot ignore physical distribution in the Indian context, online enables us to understand what our customers and community want. We can experiment faster and RoI is guaranteed because we ship products faster than the classical distribution model,” he says.

It is likely that the D2C business will make big announcements in 2021.

According to a BCG report, Indian retailing is a $750 billion market and is expected to grow to $1 trillion by 2025.

“Today, brands can reach that in four years or sooner. It's because they are able to reach their core audience faster through their own ecommerce platforms. Ecommerce giants like Flipkart and Amazon provide massive reach, and these new-age brands can experiment with product launches better than a legacy brand.”

In the US, legacy brands such as Gillette, Marucci, and Levi's are experimenting with varied D2C models, including subscriptions. In India, D2C companies like gourmet coffee brand Bonhomia have already scaled up via a subscription model.

Price isn't everything: it is data and community

Vinay Singh, Co-founder and Partner, Fireside Ventures, feels what sets these D2C brands apart is that “they are not just product companies.” They are also data-led technology companies that are listening to their community to capture the rise in consumption in India.

“We saw this happening with China, which went from a utilitarian economy to a consumption economy. This trend will be accentuated if India's per capita income keeps rising," he says.

Creating a community of like-minded people has helped many D2C brands grow faster than they would have otherwise.

Aman, of boAt, believes that consumers were not only looking at the price in their category. “Headphones were becoming a fashion statement. Several people said online was not the category for earphones and headphones. But, we addressed the lifestyle element – that a headphone is part of your work, entertainment, education, and fitness – and the numbers started growing.”

Crafting success through the years - the story of Itsy Bitsy

He adds that one has to listen to customers about what the category should do for them and “show them the value in the pricing and the technology.”

Factors such as rising income and increased exposure have also changed the game in favour of new-age brands. India's population median is the youngest in the world, and they want to buy products that suit their lifestyle and define who they are.

Mohit Sadaani, Co-founder of The Moms Co, says they realised the need for a premium product range for babies and moms. “Social media now enables us to reach new customers quickly, with ecommerce helping build a brand faster. We serviced 7,000 PIN codes in the first year itself.”

However, the question that everybody has is one: will these brands ever get into physical distribution? The answer is a resounding yes.

Once a D2C brand crosses a particular threshold in revenues, it will invest in physical stores, which are not just experience centres but an extension of their brand ethos. Over time, they expect 30 to 40 percent of their revenues to come from physical stores and the rest from ecommerce channels.

D2C brands will also set up their factories or create an ecosystem of excellence in manufacturing.

Wakefit has eight factories across India, and claims R&D and customer feedback is at the core of its business.

“Our manufacturing facility has a testing laboratory, with capabilities for temperature testing, pressure and humidity mapping, among other things. The lab tests help to create a variety of products and test their usability in different climatic conditions and for different body types. This is relevant and important to us because we cater to customers across 19,000+ pin codes in India, and the weather conditions and requirements for consumers across locations vary," says Chaitanya Ramalingegowda, Co-founder of Wakefit.

What lies ahead? Several brands will announce their funding plans, and perhaps 2021 will have its first D2C unicorn. Nevertheless, Indian consumers will have a plethora of choices to explore.