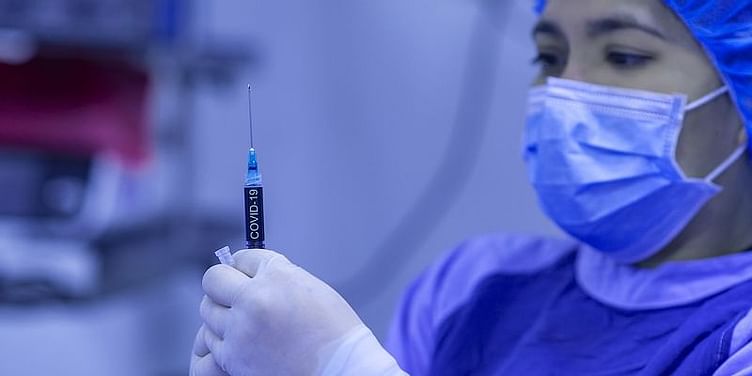 The findings of the fourth round of the Delhi-NCR Coronavirus Telephone Survey (DCVTS-4) conducted by the economic think-tank NCAER showed that about 20 percent respondents were certain about not taking the vaccine.

COVID-19 vaccine hesitancy is as high as 39 percent in the Delhi-NCR with about one-fifth of the respondents saying that they will not take the jab, according to a telephonic survey conducted by the NCAER.

The government launched the world's biggest vaccination drive on January 16 to protect people from COVID-19.

The findings of the fourth round of the Delhi-NCR Coronavirus Telephone Survey (DCVTS-4) conducted by the economic think-tank NCAER showed that about 20 percent respondents were certain about not taking the vaccine. Of this, 22.4 percent were from rural areas and 17.5 percent from urban locations.

The survey further showed that an additional 4 percent of respondents said they would not take the jab as they are already infected, while about 15 percent said they were unsure about taking the vaccine.

"Combining all these three categories, one can argue that at this current time point, vaccine hesitancy is quite high (39 percent) in Delhi-NCR," the NCAER release said.

The DCVTS-4, launched on December 23, 2020, and completed on January 4, 2021, is based on responses from 3,168 rural and urban households from the national capital region.

"Improved trust in the vaccine development and approval process, as well as overall trust in the government health systems, may play an important role in reducing vaccine hesitancy," the NCAER release said.

On the question of the willingness of people to pay for vaccine, about 41 respondents felt that the vaccine should be provided free either by the government or their employer. An additional 14 percent said they will not pay more than Rs 500.

Interestingly, about a similar proportion of people (40 percent) expressed their willingness to pay as much as required for two doses of the vaccine. Understandably, this proportion was higher (45 percent) among respondents from rich households, the survey showed.

Also, when online classes were offered, about 62 percent children attended classes regularly (48 percent in rural areas and 75 percent in urban areas), it said adding that "for the remaining children, lack of access to laptop or smartphone seems to be a major impediment."

Children's education during the pandemic seems to be affected not only by technological challenges, but also due to lack of proper management at the school level, the NCAER said.