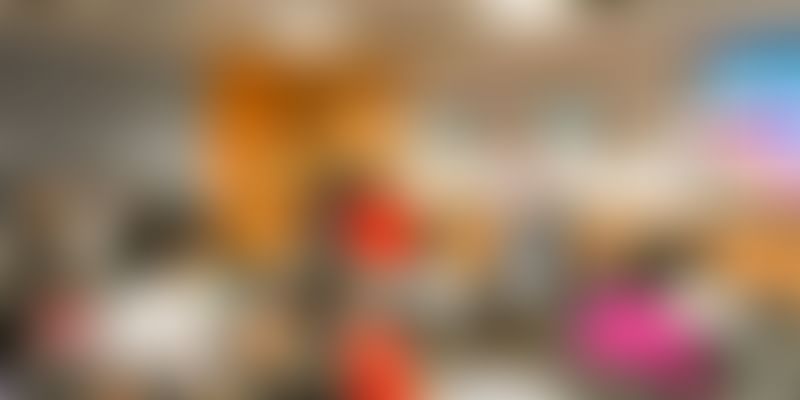 Edtech startup Camp K12 began as a coding bootcamp in 2010. But its growth in the last 12 months since it launched live online classes is worth noting.

Anshul Bhagi started coding at the age of 13. His love for the subject inspired him to travel the world to teach coding at various schools during his winter breaks from MIT, where he was pursuing a degree in Computer Science.

Those teaching gigs made Anshul realise that K12 education was broken and “outdated” in nearly every country in the world. This realisation formed the hypothesis of his entrepreneurial venture: Camp K12.

But Camp K12 wasn’t a conventional startup. It started as India’s first coding bootcamp in 2010, at a time when ‘coding for kids’ was almost unheard of.

The bootcamps would be held on campuses during after-school hours or on weekends and vacations.

Between 2010 and 2020, Camp K12 reached 50,000 students through partnerships with hundreds of schools in India, and also collaborations with organisations like Google, Adobe, IIM-B, and NITI Aayog.

Sometime in 2018, when Anshul moved back to India, he started working on a differentiated online learning product that could scale faster.

The Gurugram-based startup eventually phased out offline programmes and launched online classes in January 2020, just ahead of the pandemic. In April, Camp K12 went on to raise a seed round of $4 million led by Matrix Partners India and SAIF Partners, and started scaling up its online platform.

And, the results have been impressive.

According to the company, its revenues have grown 120X since the last fundraise. Renewal rates have improved month-on-month, and the team size has also gone up from 25 in March to 250 at present.

Camp K12 Founder Anshul tells YourStory, “Our vision is to build an institution that does justice to K12 education worldwide. Think of a new model, a global online school for the 21st century, which is relevant for the next 100 years. We are building a full-stack online school. Think of us as platform play, and not just a content play.”

In the last 10 months, Camp K12 has reached 150,000 students through live online classes on its custom-built platform. That is a 3X jump within a year.

The live 1:1 personalised classes are not only a complete departure from its mass offline bootcamps but have also helped the platform scale up rapidly.

It has also acquired customers from 20+ countries (mostly in North America, the Middle East, and Southeast Asia) via word of mouth in the Indian diaspora. It also began testing group 1:4 classes from July 2020, and will roll it out widely.

“Online allows teachers to proactively assist a student instead of reactively assisting them. Even parents can be clued into their child’s learning path. Our growth has happened due to three reasons: multi-geographical availability (starting with the US), multiplayer group classes, and multi-category lessons (coding and 21st century skills).”

Buoyed by the growth in international markets, especially North America, Camp K12 is readying for a formal launch in the US and Canada, which is expected to add 50 percent to its topline in this calendar year.

“We see North America as a big market and a unique opportunity to deliver a world-class learning experience at price points that are one-third of those offered by international players,” says Anshul, “We’re formally setting up our US expansion team and hiring aggressively there.”

Scaling up formats and categories

While a multi-geographical presence will be one of the pillars of future growth, Camp K12 is also betting big on 1:N group classes and newer categories.

“We started with 1:1 courses for coding, but the end-state of Camp K12 is multi-category, multi-geography, and multiplayer/social. We want to go deeper in content and broader in geography,” Anshul states.

Even though cracking a great coding class in a group is considered hard, Camp K12 is focused on “minimising cost and maximising impact” for students.

“We are looking to create a sweet spot in group classes. Lowering the prices of our courses and expanding batch sizes will help us reach newer segments, pay teachers more, and charge students less. The optimal size of the group we do for coding is 1:4. Other categories can have different equilibrium group sizes like 1:6 or even 1:10.”

This year, Camp K12 would also be scaling up as a multi-category platform, which lets parents find deep learning paths as well as broad learning paths for their kids.

Without revealing specifics, Anshul shares that a new category will launch in May.

“It will be unrelated to coding yet very much relevant for the 21st century and synergistic with our existing offering and project-based learning and credentialing platform,” he says.

While B2C continues to be its focus, Camp K12 recently rolled out a free B2B programme to help schools create age-appropriate coding curriculums, and teacher training modules. Schools are not only a channel for new user acquisition but also a future revenue stream.

“Schools can implement the curriculum with their own teachers through our training programmes or with Camp K12’s trained instructors,” Anshul states.

Differentiating in a competitive market

Going ahead, Camp K12 plans to double down on communities and out-of-class engagement activities like daily quizzes, 1-on-1 duels, live YouTube classes conducted by kids, and so on. The startup believes that communities would be the key differentiator in a cluttered edtech market.

“In a world with many online schools, the ones that survive and thrive will be those that provide differentiated pedagogy in class, and differentiated experiences outside class for all stakeholders —parents, kids, and teachers.”

The Camp K12 community will work towards the holistic development of kids, and offer free workshops in Vedic Maths, Public Speaking, Debate, and Creative Writing, as well as hobby lessons in Music, Dance, and Art & Craft.

The startup believes that COVID-19 has increased the appetite in students for online consumption in the aforementioned learning segments, and “online will coexist with offline in the next 10 years” as per the founder.

Camp K12’s investors are also bullish on its ability to scale up as a global learning platform based on its product, pedagogy, and consumer insight.

Vikram Vaidyanathan, MD, Matrix Partners India, said at the time of funding, “With the increasing penetration of devices and the internet, online learning for kids is becoming the norm. The team’s razor-sharp focus on building a truly 10X better product that enables highly engaging learning experiences for kids sets them apart.”

Riding on the massive cultural shifts in education, the startup is looking to tap into a K12 market that sees 300 million enrollments in India, and 50 million in the US. “K12 is a captive audience in every country in the world,” Anshul says.

But this captive audience is also being serviced by other edtech players, including WhiteHat Jr (now owned by BYJU’S), Vedantu, Toppr, Codingal, Tekie, LeapLearner, Tinker Coders, CodeYoung, and several others. The sector is already witnessing rapid consolidation and land-grab by the big names. How does the future look then?

Anshul offers three scenarios:  a) Everybody is going to do everything b) Specialist players will expand their horizon c) Consolidation will happen and who will get acquired will depend on execution and how fast they hit exit velocity.

“Players that are able to build network effects will win,” he says.

Surely, Camp K12 aspires to be one.