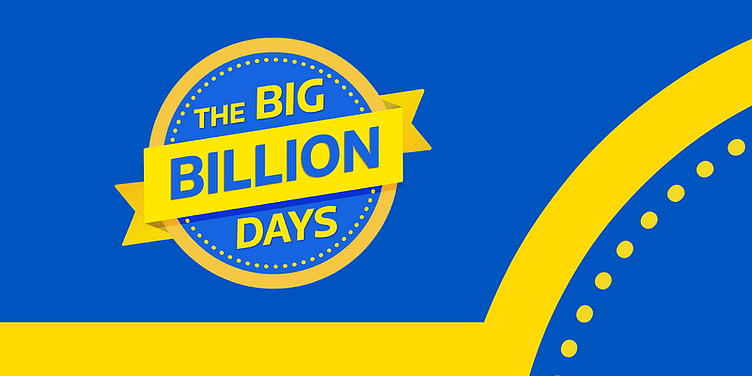 As Indian ecommerce giant Flipkart executed its biggest ever Big Billion Days in October 2020, we took a look behind the scenes to understand how the team succeeded during what was a very tough year.

The seventh edition of ﻿Flipkart﻿’s Big Billion Days (BBD), held in October 2020, was the biggest BBD ever executed by the Indian ecommerce giant — a feat achieved with teams operating virtually for the first time ever. Bearing in mind the importance of social distancing, BBD was being executed in an almost entirely virtual manner for the first time ever, with technology playing a vital role in ensuring smooth collaboration.

Going by the numbers alone, the scale of BBD 2020 was unprecedented. At the 2020 Big Billion Days, Flipkart sold over $2.5 billion worth of goods, almost double of that of Amazon India, according to data compiled by research firm RedSeer Consulting.

Flipkart recorded over 750 million visits on its website and app — over 52 percent of which were from Tier-III cities and beyond, and 7.5 million regional language visitors. The event also generated over 10 million voice search queries, and saw 110 orders placed per second.

Other significant numbers include the 50 million overall BBD deliveries made, 50,000 kiranas onboarded for last-mile deliveries, 1.7 million sq. ft of warehouse space added through brand partners, and over 3,000 last-mile hubs added for last-mile reach and strengthening presence in Tier-III cities and beyond.

More notably, it was the first time that a 10,000+ employee team planned and executed this mega online shopping event almost virtually, given the safety precautions taken in light of the COVID-19 pandemic. Yet the engagement of employees, sellers, partners, and customers in making it a success was as high as in earlier years.

Preparing for the BBD required evangelising teams and enabling remote collaboration at scale.

“During this recently concluded event, employees collaborated via dedicated online chat rooms and virtual whiteboards. The ‘war rooms’ that are usually used during BBD for manning the various system parameters were all virtual this year. We also created a ‘SWAT’ team — a virtual room manned in turns by pre-assigned people, who addressed any tech issue that employees approach them with." said Krishna Raghavan, Chief People Officer, Flipkart.

How did Flipkart achieve this in a year when businesses and workforces got upended? By making value and collaboration its clarion call.

With a core focus on people, customers, sellers, and employees, the primary objective was to leverage the power of ecosystem partnerships to create value for all stakeholders.

Using technological prowess and the reach of ecommerce, Flipkart also endeavoured to put hard-hit sellers and MSMEs back on their feet.

"Over the years, as the scale of operations has increased and as millions of new users choose Flipkart for their shopping needs, we have built industry-best and robust tech infrastructure. The speed and agility have to be the same or has to get better despite the phenomenal increase in volumes."

"As we worked remotely, we put robust SOPs in place, defined critical resources, to build resilience and a proper backup in case of exigencies. All feature roll outs happened prior to the BBD month, with rigorous system and stress testing that happened along with bug fixing on new constructs, so that the focus remains on high touch customer experience during the BBD," he added.

BBD also brought into focus the largely underserved Tier-III India that is a bit online. Of the more than 750 million visits recorded on the Flipkart site and app, over 52 percent were from Tier-III cities and beyond. Hyperlocal also got a boost with over 3.5 million deliveries carried out by kirana partners in the first five days of BBD.

“I have been delivering in the hills of Gangtok for a year now, apart from managing my store. This region is not motorable, so I deliver on foot. With the Big Billion Days, an increasing number of consumers ordered online, which gave me more income and I was able to support my family better. Orders zoomed and I made 40-50 deliveries every day,” says Doma Tamang, a Flipkart kirana partner at Ranipool Store in Sikkim.

For long, Flipkart has been the poster child of the Indian startup ecosystem, and as the highly coveted ecommerce arena expands in volume and diversity, its BBD strategy needs to be understood, applauded and emulated.

We hope this playbook helps entrepreneurs and enthusiasts decode and learn from the strategy behind India’s most successful ecommerce engagement.