Impact of the Union Budget on the fintech sector 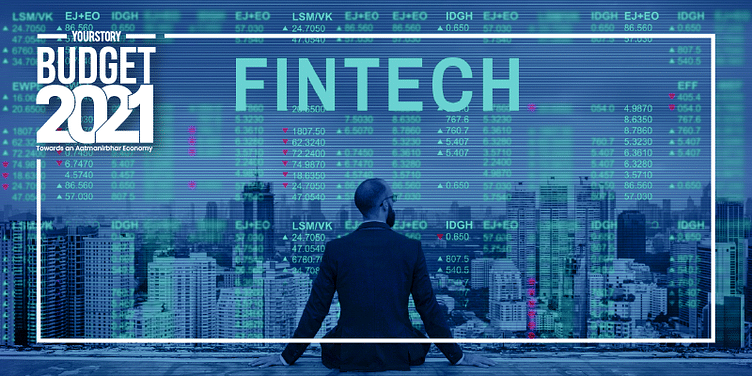 Post the COVID-19 impact on the economy, the government spending is projected to be at one of the highest levels as compared to the recent past - an estimated 15.6 percent of GDP for FY22.

The key theme of this Budget is Growth, as against taking a conservative stance and managing fiscal consolidation. This was very much needed, considering the COVID-19 pandemic’s impact on FY21.

The extra boost to healthcare and infrastructure as a whole is expansionary and looks like it might provide some relief. The strong focus on infrastructure spending showcases the multiple measures to help fund this spending, including disinvestments and capital market reforms.

Post the huge COVID-19 hit the economy has taken in the last year, the government spending is projected to be at one of the highest levels as compared to the recent past - an estimated 15.6 percent of GDP for FY22, which is a significant jump from the 13.2 percent number in FY20.

To finance a much higher spend, the fiscal deficit estimate has been revised to 9.5 percent of GDP in FY21 and a proposed 6.8 percent of GDP in FY22, as compared to the budgeted estimate of 3.5 percent. This is a massive jump by any stretch, and a lot of measures will be needed to make this happen, along with strong and continued support from the RBI.

No major changes were made to the tax regime, although there was an emphasis on making IT returns filing processes much simpler and more streamlined, introducing more digital and faceless steps.

This is expected to introduce automation in information flow and make return filings easier for everyone and in particular for senior citizens, since it was announced that no income tax filing required for seniors citizens above 75 years of age and have income only from pension and interest income, in order to reduce the compliance burden on the elderly.

Creating a ‘bad bank’ is an interesting move, aimed at moving bad assets of banks to an asset reconstruction company (ARC) and an allied structure to buy out and turn around stressed assets, particularly of public sector banks (PSBs).

This coupled with some measures on strengthening banks through recapitalisation is a strong message that the government is paying a lot of attention to the banking sector because they have made it evident that bad loans have been one of the major problem faced by lenders and the government has repeatedly been providing capital infusions for a while now.

Budget 2021 - Breaking down the benefits of a fintech hub

A substantial increase in the spending on healthcare infrastructure was also proposed in the Budget. The FM increased the proposed Budget for health and wellness to around 137 percent of the current number for FY21, and this includes a five-year plan to ramp up primary, secondary, and tertiary healthcare, a dedicated allocation for COVID-19 vaccination, as well as allocations for urban sanitation, liquid waste management water supply, mitigation of air pollution and nutrition. This will be spread across multiple schemes in areas of disease prevention, cure and treatment, and overall wellbeing.

The agri and rural sectors received a lot of focus, as expected. The targets for agricultural credit were increased substantially to Rs 16.5 lakh crore in FY22. Rural infrastructure development received a jump in budget allocation to Rs 40,000 crore.

However, one surprise was the overall drop in funds allocated to the MNREGA scheme.

Budget 2021-22 allocates Rs 73,000 crore for MGNREGA, 34.52 percent below the revised estimate of Rs 1,11,500 crore for 2020-21. This could potentially have some impact on the living standards if the rural job market continues to be muted by limiting the scope of employment and hence the result in indefinite delays in wage payments in the coming year. But with the overall impetus to the rural and agri secures, hopefully, there should be an overall benefit.