Here are some inspirational quotes from Amazon Founder Jeff Bezos 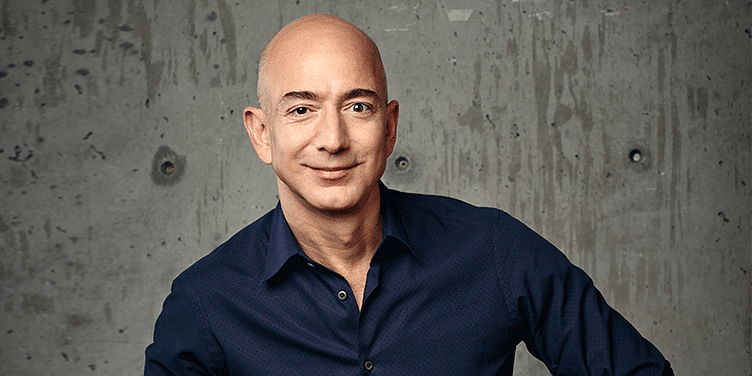 Jeff Bezos is set to step down as the chief executive of Amazon. Here are some inspiring quotes by the American entrepreneur, industrialist, and investor, who famously coined the term Day One.

Jeff Bezos, the trail-blazing founder of the iconic technology company Amazon, serves as an inspiration and role model to many.

Founded in 1994, Amazon started by selling books online, and over the last 27 years has expanded into various categories such as shopping, cloud technologies, entertainment, music devices, space rockets, and the list continues.

Today, Amazon enjoys a market capitalisation of $1.7 trillion with total revenue of $386 billion. In its latest quarter results, it became the second technology company after Apple to record a revenue of $100 billion in a span of three months. The revenue for its fourth quarter stood at $125.6 billion.

On Wednesday, in a blog post on the Amazon site, 57-year-old Jeff Bezos said he will transition to the role of executive chairman in the third quarter, handing over the CEO role to Andy Jassy, who heads Amazon Web Services.

As Jeff Bezos is set to step down as the chief executive of trillion dollar ecommerce giant Amazon, here are some inspiring quotes by the American entrepreneur, industrialist, and investor, who famously coined the term Day One.

“If you double the number of experiments you do per year you’re going to double your inventiveness.”

“Life’s too short to hang out with people who aren’t resourceful.”

“We’ve had three big ideas at Amazon that we’ve stuck with for 18 years, and they’re the reason we’re successful: Put the customer first. Invent. And be patient.”

“During our hiring meetings, we ask people to consider three questions before making a decision…Will you admire this person?…Will this person raise the average level of effectiveness of the group they’re entering?….Along what dimension might this person be a superstar?”

“I knew that if I failed I wouldn’t regret that, but I knew the one thing I might regret is not trying.”

“Amazon is not too big to fail … If we start to focus on ourselves, instead of focusing on our customers, that will be the beginning of the end … We have to try and delay that day for as long as possible.”

“Anybody who doesn’t change their mind a lot is dramatically underestimating the complexity of the world we live in.”

“If you want to be innovative, you have to be willing to be misunderstood and criticised.”

”The most important single thing is to focus obsessively on the customer. Our goal is to be earth’s most customer-centric company.”

“The keys to success are patience, persistence, and obsessive attention to detail.”