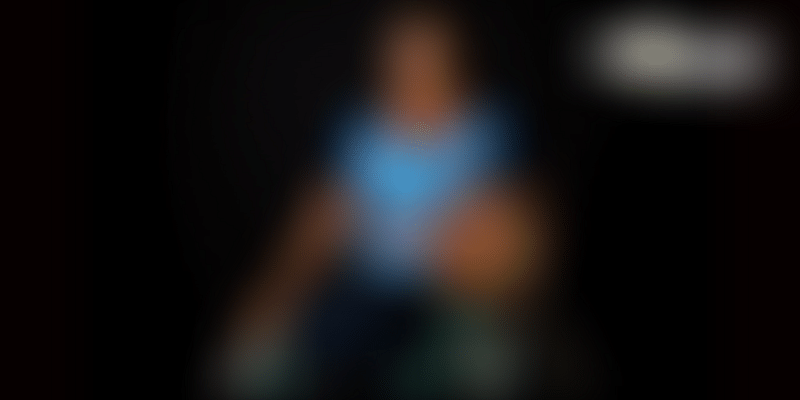 A spinal injury may have confined her to a wheelchair, but Nisha Gupta didn't let that stop her. Now an international basketball player, she dreams of being a model when not on the basketball court.

Nisha Gupta remembers having a happy childhood. The 32-year-old Mumbaikar says that she rarely sat still and was always playing with her friends and her brothers. During a visit to her village with her family, she was climbing a wall with her brothers to pluck mangoes when she slipped, fell, and fractured her spine.

“I was only 18 years old and had just finished my board exams. At that age, I thought everything would be fine and I would get better like people do when they fracture their arm or leg. I did not realise then that I would be wheelchair-bound for the rest of my life,” says Nisha.

Following a spinal cord surgery, she spent nearly four years confined to her home watching TV and sleeping, and slipping into a depression.

“People in my home state (Uttar Pradesh) had a very different point of view from me. I am a girl and one who got into an accident. They thought that my life was over and that I could not do anything now. Boys will be given help, but girls are treated as they can just stay at home and not do anything else,” she says

She says that after her injury, her friends, who had initially been supportive, drifted away.

Her family, who had not yet realised the severity of her injury, were supportive but not sure how they could take care of her. “Lack of knowledge was a big barrier,” she says.

Nisha says that life changed after she attended a session on ‘independence after spinal cord injury’ at the Nina Foundation, a Mumbai-based organisation that works with people who have sustained spinal injuries. “Before I joined the Foundation, I truly believed that my life was over, and I spent my entire time at home feeling dejected,” says Nisha.

Meeting others like her and participating in various activities was a turning point. Her mentor, Oliver, who was also in a wheelchair encouraged her to be more independent.

“He taught me to travel alone. He said that I could ask someone at home to help me sit in a taxi or auto, and that there would be someone to help me get out of the auto, when I reached my destination. I felt independent and got more motivated,” Nisha shares.

She added, “It was Oliver who encouraged me to start building my strength and to participate in sports. He suggested I start swimming. It was when I signed up for a competition at the Dharavi Sports Club that I realised there are many people like me who are active in sports. I started swimming there regularly. Along the way, I developed an interest in basketball and started training regularly.”

However, she feels that there needs to be more support for para-athletes.

“Para-athletes should be encouraged by other athletes. Equal respect and admiration should be given to both. Sports clubs should also encourage and motivate para-athletes and provide practice facilities for practice. The government should also support athletes in their decision to practice rigorously.”

When not competing for the country, Nisha has developed an interest in modelling. “Even before the accident, I used to love photoshoots. After I started competing, I began to view myself as more able and normal. I realised that even though I am in a wheelchair, I can do whatever I want, even modelling. This boosted my interest and also more opportunities opened up,” she said.

Today, Nisha does runway shows and photoshoots and is part of a platform Atypical Advantage that helps persons with disabilities find work in the creative industry. She is looking to work as a model when she is not playing sports.

“Sports gave new meaning and direction to my life. I feel like a normal person when I play because I am able to do the same things as others,” she says.

Her message to others like her is to take on challenges and never give up. “People will help you once you take the first step yourself. Para athletes like me should not hide in their homes, but come out into the real world. People should take more initiatives to make places and sports clubs more accessible.  We need to show other people and the government that we exist,” she says.