How will the solar sector benefit from Budget 2021: Analysis 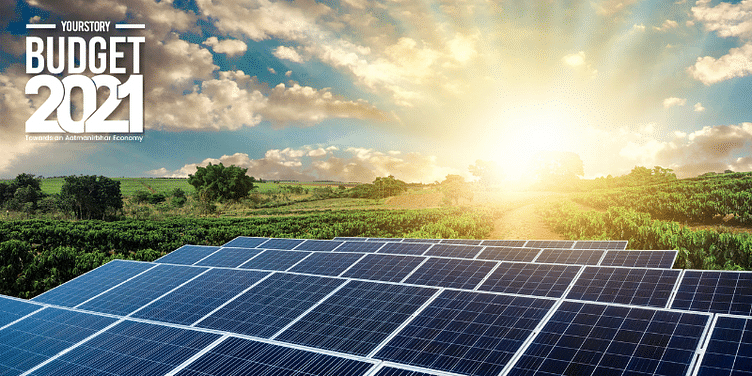 Manjesh Nayak, Director, Oorjan Cleantech gives his views on the impact of the Budget on the solar sector and renewable energy in general.

There were a lot of hopes riding high on Union Budget 2021-22, after the year we have had. The renewable energy industry in general, and the solar industry in particular, had varied expectations - right from looking for support to recovering from the aftereffects of the pandemic induced lockdown.

Incentivising solar adoption, promoting Research and Development in hardware and infrastructure, and many more areas were being keenly watched.

And Budget 2021 did not fail the expectations from this sector. The allocation of additional funds to Solar Energy Corporation of India (SECI), and Indian Renewable Energy Development Agency Limited (IREDA), and additional allocation of around Rs 3.5 lakh crores to support ailing distribution companies (Discoms) were seen as great steps forward.

Further, with a clear intent to provide alternatives to consumers, the Finance Minister expressed the need for a framework to establish more public and private Discoms. To support the Atmanirbhar Bharat initiative, she also announced an increase in the duty on imports of solar inverters and solar lanterns from the existing 5 percent to 20 percent and 15 percent respectively.

Key inferences from the budget announcement include:

1. Infusion of funds to SECI and IREDA would address the key challenge of availability of funds for setting up solar plants. However, drafting clear guidelines to direct the usage of these funds is the key.

For instance, the Ministry of New and Renewable Energy (MNRE)’s decision last year to route rooftop solar subsidies through state Discoms has not been welcomed by solar manufacturers association due to the conflict of interest with Discoms in promoting solar energy.

2. Further, the industry looks forward to support on the Research and Development in solar module and inverter technology. SECI and IREDA should come up in a big way to fund such initiatives which could lead to the ultimate transition from imported options to indigenous superior quality hardware.

3. Similarly, allocation of funds for supporting the DISCOMs should be complimented by end user norms, and stricter rules to revamp the existing infrastructure.

4. Privatisation is also a welcome step and competition would help improve the power generation and transmission infrastructure by leaps and bounds. This would in turn necessitate low-cost power, thus boosting demand for solar parks.

5. Other announcements like lowering compliance norms for small companies would help startups in the solar space. A boost in the adoption of Electric vehicles (EVs) would also compliment the need for green energy.

6. The increase in duty on imported solar inverters and lanterns is positive as far as the Make in India mission is concerned.

However, it is not enough to just dissuade customers from buy imported hardware, it is equally important to build production capacity at home and promote Indian inverters and lanterns organically. There was nothing in the budget which addressed this key aspect of indigenisation of solar hardware.

It is also worthwhile to note that India has achieved only 37% of its targeted installed capacity of 100 GW by 2022. Of this the rooftop solar capacity, especially residential rooftop, is negligible. The budget should have focussed more on addressing the challenges faced in the rooftop segment.

With regards to large scale projects, measures to incentivise investors as well as fixing accountability of defaulting off-takers (in power purchase arrangements) is the need of the hour.

To summarise, while the Budget has announced infusion of funds in the solar and power sector, a few more targeted measures would have worked better. If implemented effectively, the Indian solar market will stand to gain in the long run from the measures announced this year.