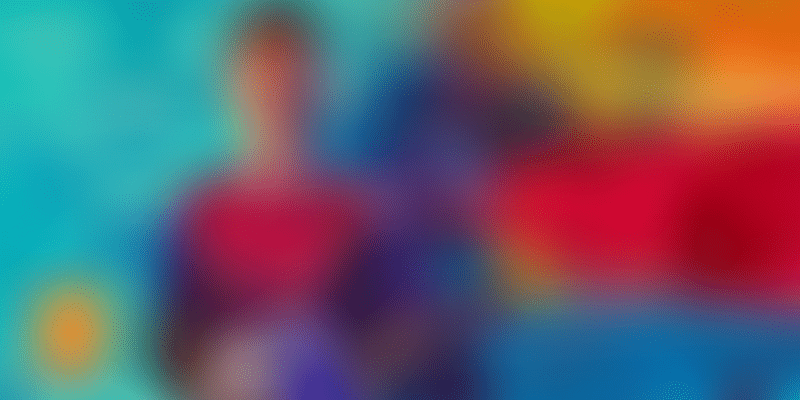 When Boston University graduate Kush Desai returned to India in May 2019, fantasy gaming was hot property. India had just got its first gaming unicorn in Dream11, the 12th season of the IPL was a roaring success, and online gaming was one of the fastest-growing segments of consumer internet.

Kush, who’d “fallen in love with football” during an EPL game and been a fantasy gamer since 2012, decided to start a sports gaming company.

In July 2019, with initial support from his father, he set up NxGn Sports Interactive in Ahmedabad. Later, in September, the startup began building its flagship product — Twelfth Man, a gaming platform for fantasy football.

In a cricket-crazed country like India, where over 90 percent of fantasy gamers engage with only one sport (cricket), the proposition of a ‘football-only’ platform might come as a surprise. But Kush had conviction.

“I’ve been playing fantasy football since Class 8 or 9, and had an idea of what a platform should look like. The goal was to help grow the football fan-culture in India as fantasy gaming was picking up.”

After months of product development, Twelfth Man launched in April 2020, shortly after the start of the coronavirus lockdown, which led to a boom in online gaming.

The following month, NxGn roped in India’s football captain Sunil Chhetri as its brand ambassador, and since then, there’s been no looking back.

“One of the best decisions we took was to get Sunil Chhetri on board. When you think of Indian football, you think of him. He is the ‘Dhoni of football’. Brand ambassadors like him instil trust in users, who may be reluctant to come onto new apps that involve real money.”

“We’ve used him for brand building so far, but we plan to launch some activities with him in the coming months,” he adds.

Twelfth Man derives its name from a sporting term that is used to describe fans of a sports team or a club who build buzz and in-stadia support.

The platform lets users compete in a large variety of daily fantasy games and season-long leagues, either for free or by paying a small fee to enter a prize pool. That entry fee is pocketed by the platform owner. It takes no other cuts.

“In the lockdown, everyone was looking for new things to entertain themselves. The European leagues wouldn’t resume until June. So, we introduced daily quizzes where they could test their knowledge of the sport, and stay engaged,” Kush shares.

If a player ranks within a certain range on the leaderboard, they receive a part of the prize pool as cash winnings. Additionally, users may also qualify for non-monetary prizes like match tickets, sports merchandise, and more.

“We don’t offer any other sport; the focus is entirely on football. Besides fantasy games, we're also working on live scorecards, football-related casual games and content within the vertical,” says the founder.

Kush reveals that ‘word of mouth’ has been one of the biggest growth drivers for Twelfth Man. “Users tend to play with their friends since they want to compete with them. That’s how one attracts the other and so on,” he explains.

Another factor driving user stickiness has been promo codes.

“In India, fantasy gamers are accustomed to playing for free or at discounted rates. So, promo codes are always big for fantasy apps,” he adds.

“Our goal is to reach anywhere between 3-4.5 lakh MAUs and 1 to 1.2 million user registrations by the end of the year,” says the founder.

The bootstrapped startup also plans to raise funds towards the end of 2021, after hitting some scale riding on some big-ticket football events this year.

India’s fantasy gaming sector has grown 9X from Rs 1,743 crore to Rs 16,467 crore in the last four years. From less than 10 operators in 2016, there are 140-odd fantasy gaming platforms today, according to a FIFS-KPMG report.

Even though Twelfth Man is among the handful of single-sport fantasy platforms, it competes with larger generalist operators that offer football contests along with other sports. These include Dream11, MyTeam 11, My11Circle, FanFight, PlayerzPot, StarPick, HalaPlay, and several others.

Founder Kush, however, isn’t wary of that.

“Football is the biggest sport in Europe and South America. Hopefully, at some stage, we will be able to go outside India."

In a rapidly expanding and moolah-rich global sports ecosystem, that seems like an achievable ‘goal’.