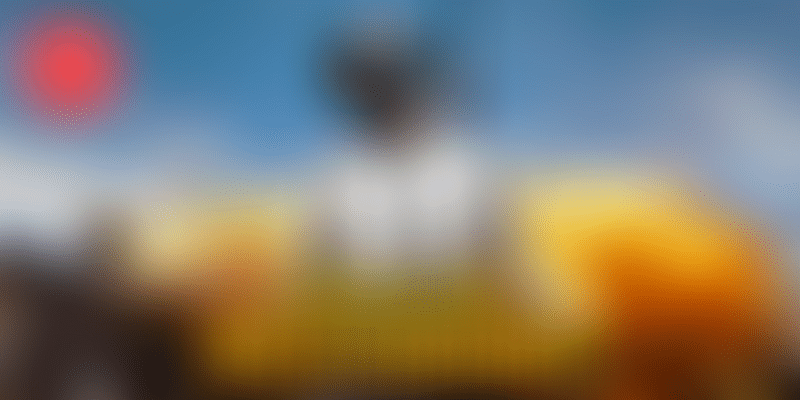 A large young population and increasing internet penetration have made India the top gaming market among emerging economies. From the meteoric rise of fantasy sports to the growth of small-town players, 2019 was, quite literally, a game-changer.

This year may have brought about an economic slowdown, pulling India’s GDP growth down to under five percent, but the domestic gaming industry was booming, and stats will concur.

Buoyed by the mad rush of fantasy gaming, the rapid rise of skill-based real-money gaming platforms, the mushrooming of interactive mobile gaming apps, and to top it all, the emergence of the first homegrown gaming unicorn, 2019 would arguably go down as the year gaming went mainstream in India.

Nearly three-fourths of the market is occupied by online and mobile gaming platforms. Online gaming, as a segment, is estimated to be a $1.1 billion opportunity by 2021, according to Google-KPMG. By then, India is expected to have more than 628 million gamers.

In a separate report, the All India Gaming Federation (AIGF) projects that there will be 300 million online gamers by the end of 2019. “The evolution of digital and online gaming models is leading to a surge in the number of online gaming players over the last couple of years,” AIGF explains.

In line with this trend, the number of game development companies has also grown 11X since 2010 to reach 275 today. Much of it, of course, happened after 2016 as part of the mass internet revolution facilitated by the rollout of Reliance Jio.

Additionally, more than 60 percent of India’s online gamers are in the 18-24 age bracket. Young users have a higher propensity to play online games, especially on their smartphones, leading to a surge in the downloads of gaming apps.

YourStory lists some gaming trends that emerged this year.

From only a handful of companies until a few years ago, there are an estimated 70 fantasy sports platforms in India now. Tencent-backed Dream11, which turned unicorn in April, has a market share of almost 90 percent, with a user base of over 55 million.

In 2016, there were only two million fantasy gamers in the country, according to the Indian Federation of Sports Gaming. This is estimated to reach 100 million by the end of 2019. Today, two out of three sports fans in India are aware of fantasy gaming or esports, and the segment is projected to cross $5 billion in revenue by 2021.

This year, fantasy gaming received a fillip riding on twin extravaganzas – IPL 2019 followed by the ICC Cricket World Cup. Both events served as huge catalysts for the increased adoption of these gaming platforms. Capital also continued to pour in from prominent local and international investors.

Other than Dream11, platforms like Mobile Premier League (MPL), HalaPlay, My11Circle, MyTeam11, Fanmojo, Faboom, BalleBaazi, LivePools, and many others are catering to the fantasy gaming craze.

Action-based games have witnessed a surge of 427 percent when it comes to the total time spent by users. In-app purchases too have gone up by 241 percent, KPMG shares.

This is said to be a direct impact of the fanaticism surrounding PUBG and Fortnite, pushing more users across ages and gender groups into sampling action and adventure games.

Even though Tencent-backed PUBG is not as popular with ‘desktop gamers’, it continues to top gaming app downloads in India.

Real money games (RMG) is a separate segment of online gaming, and is currently being driven by rummy, poker, live trivia, and daily fantasy sports.

Skill-based gaming platforms like PokerBaazi, PokerDangal, 9Stacks, RummyCircle, Adda52, and KhelPlay have emerged as viable earning sources for players. This multi-player format allows people to compete virtually with their friends and users from across the world.

These gamers are constantly willing to raise the stakes, and are expected to occupy a “significant wallet share” in the industry in the future.

How online gaming startup 9stacks grew 3X with poker, and is now placing its bets on fantasy cr...

The popularity of live trivia apps began in 2018 with the launch of Loco (the Indian counterpart of HQ Trivia). It led to a slew of new apps in the segment - BrainBaazi, Qureka, Trivia Live, Zupee, Qunami, and more.

These apps, which allow users to earn instant cash based on their performance in a live quiz, continue to charm Indians. Now, the industry is also attracting attention from global giants.

In September 2019, Nazara Technologies acquired a holding stake in Qunami to mark its presence in the country's fast-growing online quizzing segment. Prior to that, in June, Facebook brought its live interactive game show (Confetti) to India. It lets users answer trivia questions and win up to Rs 3 lakh in daily cash prizes.

Earlier in March, Sequoia-backed Loco, which counts more than 10 million registered users, touched a million concurrent players on its platform. Industry observers believe that this segment will witness some consolidation in 2020.

Emergence of players from non-metro cities

Until not very long ago, gaming was perceived as a big-city phenomenon in India. But nothing could be far removed from the truth today.

The current growth in the industry is being driven by users from Tier II and III towns (sometimes even Tier IV when it comes to fantasy cricket).

Gaming platforms and apps across the board have reported this trend, attributing it to the increasing availability and affordability of mobile internet.

Studies indicate that as high as 80 percent of active gamers reside in non-metro locations today. And, 40 to 60 percent of India’s overall gaming population belongs to Tier II towns and beyond.

Cities like Bhubaneshwar, Jaipur, Guwahati, and Mangalore are said to be housing millions of online gamers. Fantasy gaming platforms, particularly, are leading this growth, and many of them have launched or intend to roll out multiple language interfaces for these users.

This trend is here to stay!